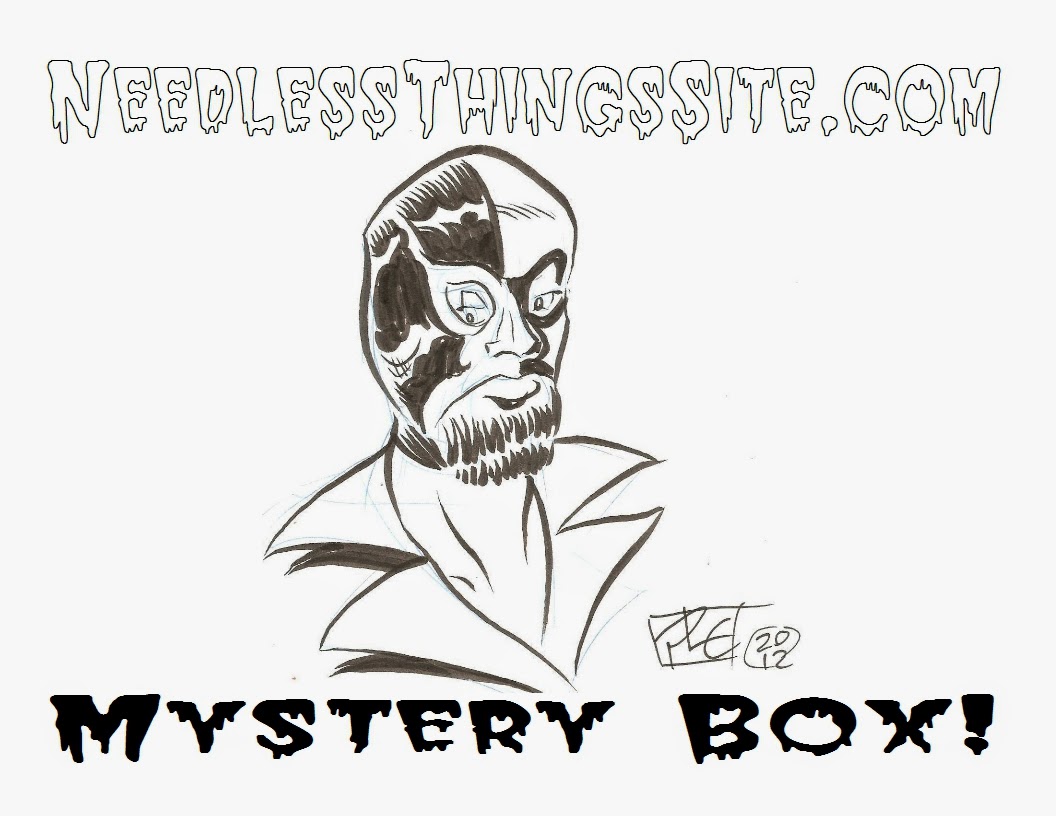 This was supposed to be posted almost two weeks ago, but other things kept coming up. Among them are the fact that my external hard drive crashed and I do not have access to my recorded podcasts. Or my music or pictures or videos or anything else.
What the fuck is up with technology? I have tried two different backup programs and I can’t ever get them to work. I keep my stuff on an external hard drive because I thought that would be better, but apparently there is no “better”. Is the only solution to pay some exorbitant fee to one of those cloud backup services?
Anyway, I’m writing this on Saturday and there’s a possibility my data can be recovered. We’ll see.
On a brighter note, as of last Saturday I have raised enough money to upgrade my plan with Podbean. I want to offer my sincerest thanks to John, Chris, R.T. Ewell, Beth V, Sharron, John & Ashley, Heather, Gregg, and the Coopers. You guys are outstanding.
I want to give extra-special thanks to Lori of Third Half Studios for not only helping out with a donation, but for providing the even more valuable support of advice and encouragement. I don’t know what I did to earn such a good friend, but I’m glad I did it.
As for the rest of the Phantomaniacs, I want to thanks you guys for checking in every day. Not everybody has the ability or desire to throw money at some stranger’s website and podcast, but your continued interest means a lot to me.

Having said all of that, I still have stuff for sale on Storenvy. There are L and XL t-shirts left, along with plenty of prints and stickers. And, of course, Mystery Boxes, of which I have a nigh-infinite supply.
You can also donate any amount of money through the PayPal button:

All proceeds will continue to go toward supporting the podcast and various site-related things. I’m not buying toys or anything with this money. The most frivolous thing any future funds go towards will be more merchandise and maybe a banner for appearances. I kind of need a banner.
Along with the success of this year’s fundraising came a couple of realizations:
Stay tuned – I am putting together the schedule for future Needless Things Podcast right now. The next episode – one long delayed due to its length – will be up very soon. After that I am lining up what will hopefully be the beginning of a string of very exciting episodes and interviews. We’ll see.
Toy reviews make up the bulk of Needless Things’ content, but I never planned on the site being just a toy review site. I wanted it to be a journal of dorkery where I could share all of the various experiences of my life as an active nerd, to have something new every day and to provide an environment where my readers (who have only in the past couple of years been dubbed “Phantomaniacs”, mostly because it seems to annoy Director Faber) would never know quite what to expect; only that it would be entertaining.
Today I’m going to point out my favorite posts that would go in the “Other” category. These are various types of ramblings, musings, and recollections that aren’t reviews of any kind.

Damien Wayne
I was extremely disappointed when Grant Morrison killed Damien Wayne. So much so that I had to write a thing about the character and my feelings about Morrison and whatever else came to mind about the current state of the Bat-verse. 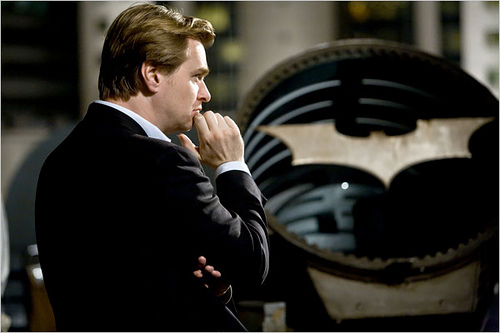 Nolan’s Batman
Speaking of the current state of the Bat-verse, here’s a thing I wrote in anticipation of the third Nolan film. If you only read one of the posts I link to this week, read this one. Not only is it a lot of fun, I’m amazed at how perceptive I was of Nolan’s butchering of the Bat-verse at the time. 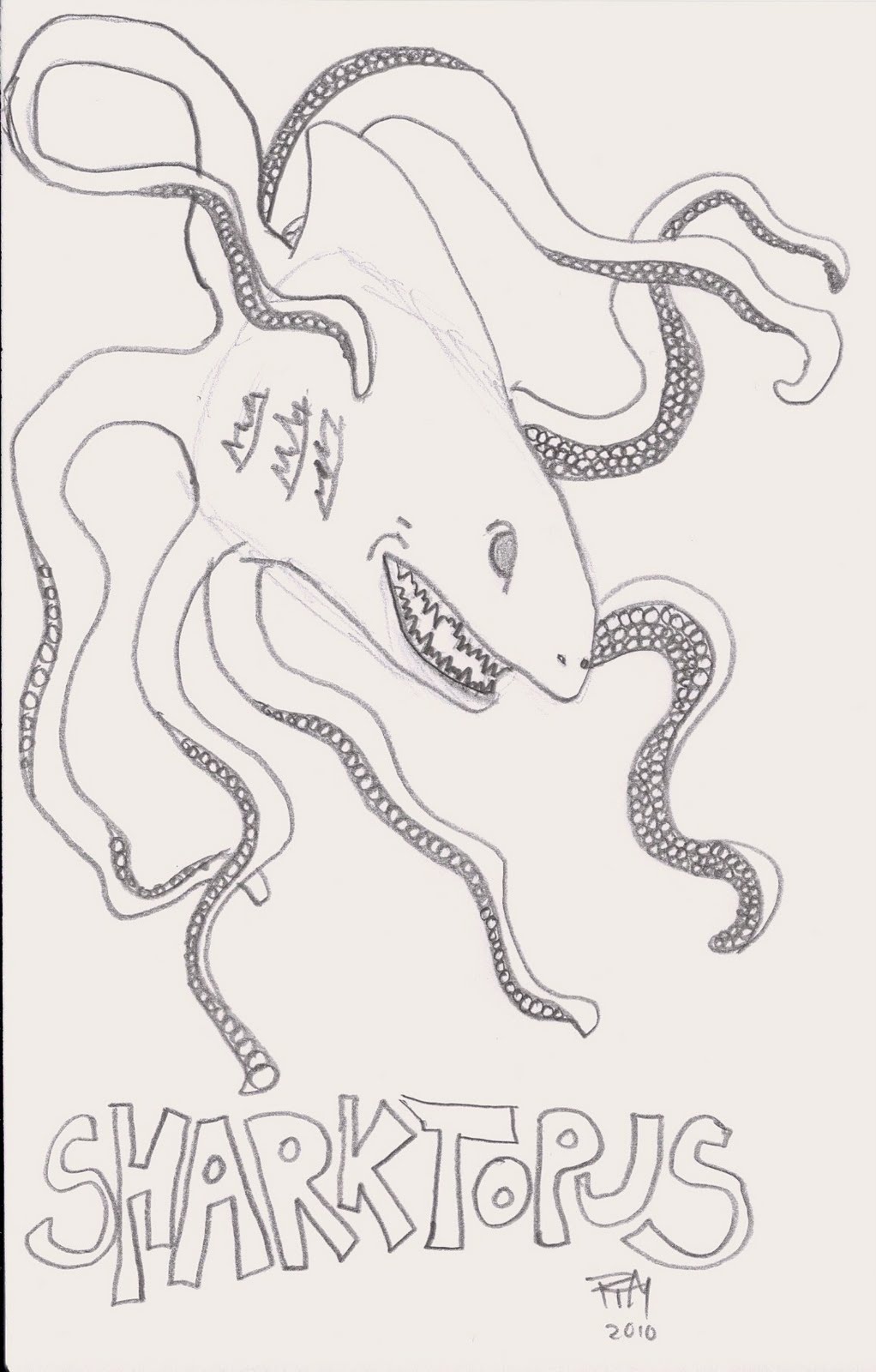 When Sharktopus Fell In Love
I love Sharktopus and I loved The Cape. That’s really all you need to know. 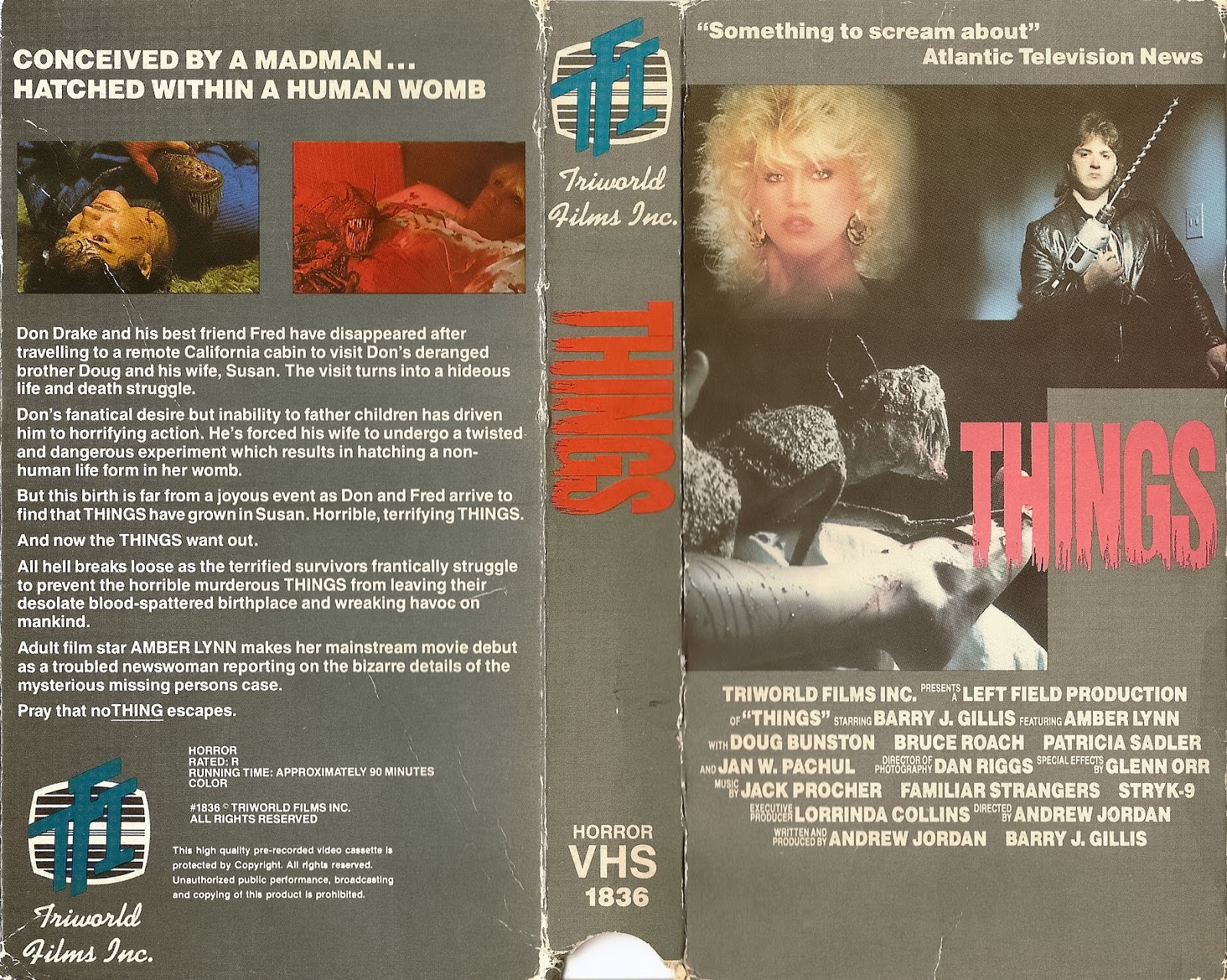 THINGS
I almost posted this with my movie reviews on Monday, but this post is so much more than that. This is my favorite movie ever, of all time. I speak of it with passion. It was made by a couple of insane Canadians and you can order it here. And you MUST. 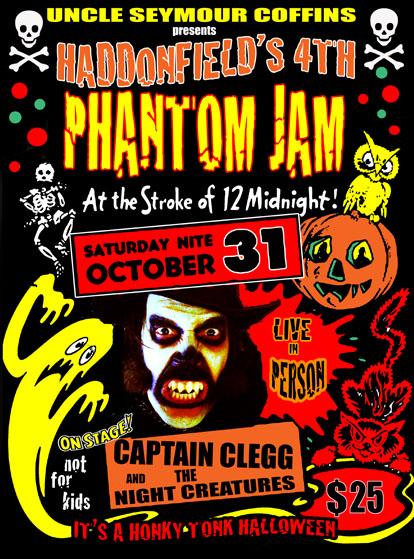 PhantomTroublemaker Goes to Hollywood
This is the story of how I was an extra in Rob Zombie’s Halloween 2. It got me my first fans, who I hope are still following now. It originally posted on MySpace, then MC4TR, then here. I’m not gonna lie to you – it’s pretty great. I don’t do a lot of long form stuff anymore and this thing was a labor of love. And of labor. Being an extra sucked fucking ass. I don’t know how Bobby Nash does it all the time.
Also, I didn’t even end up in the fucking movie despite being a three-hundred-plus pound luchador. 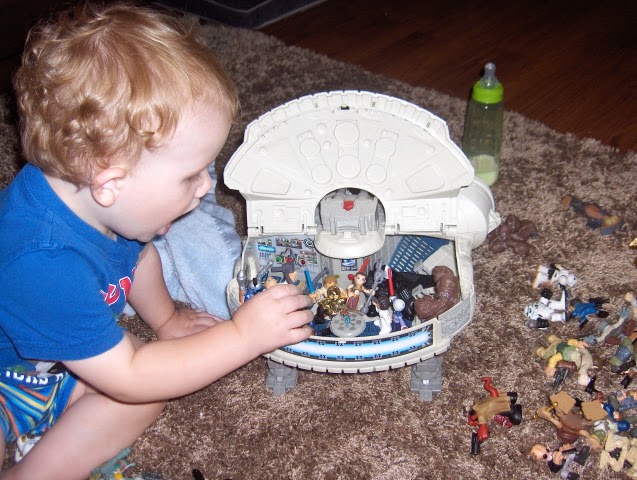 Happy Father’s Day
The story of the first time I watched The Original Trilogy with my son. It’s from June of 2009, which means it predates this site. As I was putting this together I realized that I never actually reposted this one on Needless Things. So here it is now:
I had one of the most satisfying experiences of my life over the weekend. It’s pretty dorky, so if you can’t handle that you may want to go somewhere else.
My son, Riley, is 19 months old and has over a hundred of the Star Wars Galactic Heroes figures – the ones for toddlers that are barely articulated and cartoony. He absolutely loves to play with them. We keep them in this big bucket, and when it is Star Wars time he will dump them out and point at the floor for me to come and play with him. He knows most of the characters’ names now. I’ll ask him, “Where’s Ponda Baba?” and he’ll search around and pull out ol’ walrus-face. He knows who Klaatu, Barada and Nikto are and know that they are friends. He knows Jango is Boba’s daddy and he knows Wuher is Mommy’s favorite (That’s our inside joke. I have in-jokes with my nineteen month old son and I think that is AWESOME!). Pretty much the only ones he isn’t sure about are the different kinds of clones. He knows who goes in what vehicle, except he remains positive that Darth Vader should be flying the Millennium Falcon. He might be right.
My wife has been suggesting for a while that we watch the Original Trilogy with Riley so he can see who all these characters are. We finally had the time to this past weekend. I wasn’t sure he would recognize anybody since his little figures are fairly caricaturized, but I was wrong.
We put in A New Hope and after I read him the opening line – you all know it, but here it is: “A long time ago in a place far, far away…” – his little head shot up as soon as that music started. He kind of ignored the intro, but as soon as C-3P0 showed up on screen, he looked at me and said, “OOOOHH!” and dove into his figures. Seconds later he proudly held up the golden droid (who has a movie accurate silver right leg!). I’m not sure too many moments in my life have been better than that. It was awesome.
As the movie progressed, he kept spotting familiar faces and pulling out their plastic likenesses. His favorite was Darth Vader. Every time Vader came onscreen, my son would point at him excitedly and grab one of his two Vader figures. You couldn’t have gotten the smile off my face with a blowtorch.
The most amazing thing is that he sat there and actually watched the whole movie. That is amazing. His favorite show is Yo Gabba Gabba and he usually won’t sit and watch an entire thirty minutes of that. This was a two hour movie and he was rapt!
Saturday afternoon we were sitting in the living room and Riley brought me his Vader figure and pointed at the TV. I asked if he wanted to watch Star Wars and he nodded vigorously. I couldn’t believe it. I never thought we’d make it through Episode IV, let alone the whole Trilogy.
I got up and put in The Empire Strikes Back and, sure enough, he was riveted again. He loved the tauntauns. He is also a HUGE Yoda fan, as that was one of his first words. He jumped up and grabbed his Yoda bobblehead – his first Star Wars toy – and stuck it up in the air. The best part was when Luke went into the cave on Dagobah. After Luke cut the spirit-Vader’s head off, Riley looked at me all wide-eyed and, in the most earnest voice I have ever heard, said “Uh-oh.”
I couldn’t have asked for a better Father’s Day.
We haven’t made it to Jedi yet, but we will. I’m sure he’s going to love seeing those adorable Ewoks. I’ll have to be sure and point out that their plan is to eat everybody. Despite what everybody says, Ewoks are badass. 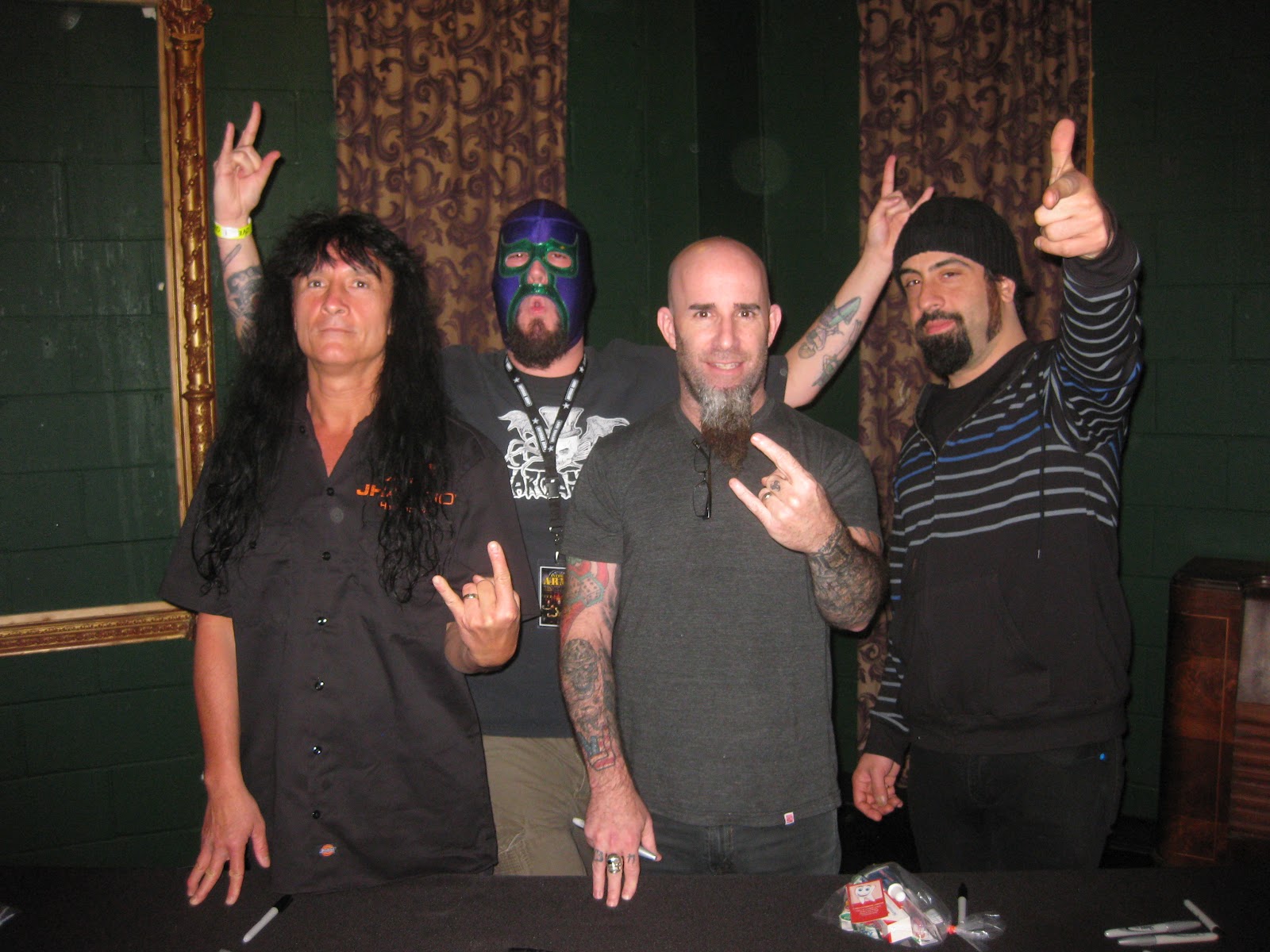 My Dinner With Anthrax
I met my metal heroes, Anthrax. It was fucking phenomenal. 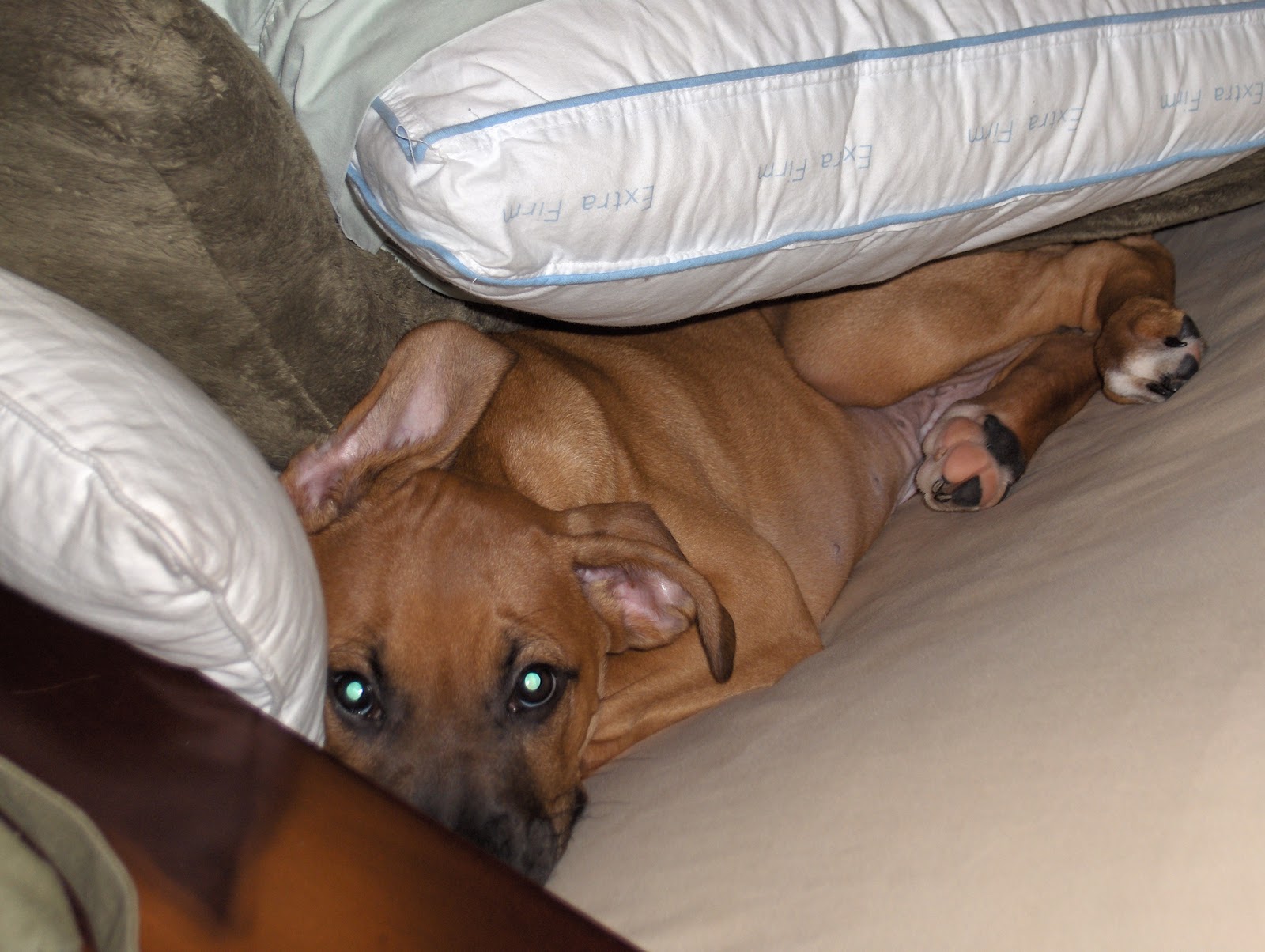 The Poo Nightmare
The story of one of the worst things that has ever happened to me. It involves massive amounts of poo.
Crazy Old Man Ramble
(12-2011) You probably shouldn’t even read this one. I used to be a lot more outspoken than I am now, but it was because I only had three readers. Now I have more and I know that at least a few of you are overly sensitive pantywaists. The reaction to my “Top Ten Hot Dudes” post proves that. So I try to be sensitive to you people’s pussy little feelings. This is, after all, a public forum and not a private conversation. Not anymore, anyway. That’s why I can’t fucking afford to post podcasts.
Give me money.

Posted by Phantom Troublemaker at 8:56:00 PM

Email ThisBlogThis!Share to TwitterShare to FacebookShare to Pinterest
Labels: fundraising, tales from the troublemaker, tips from uncle troublemaker