13 Questions With Scott Nietlich of Mattel 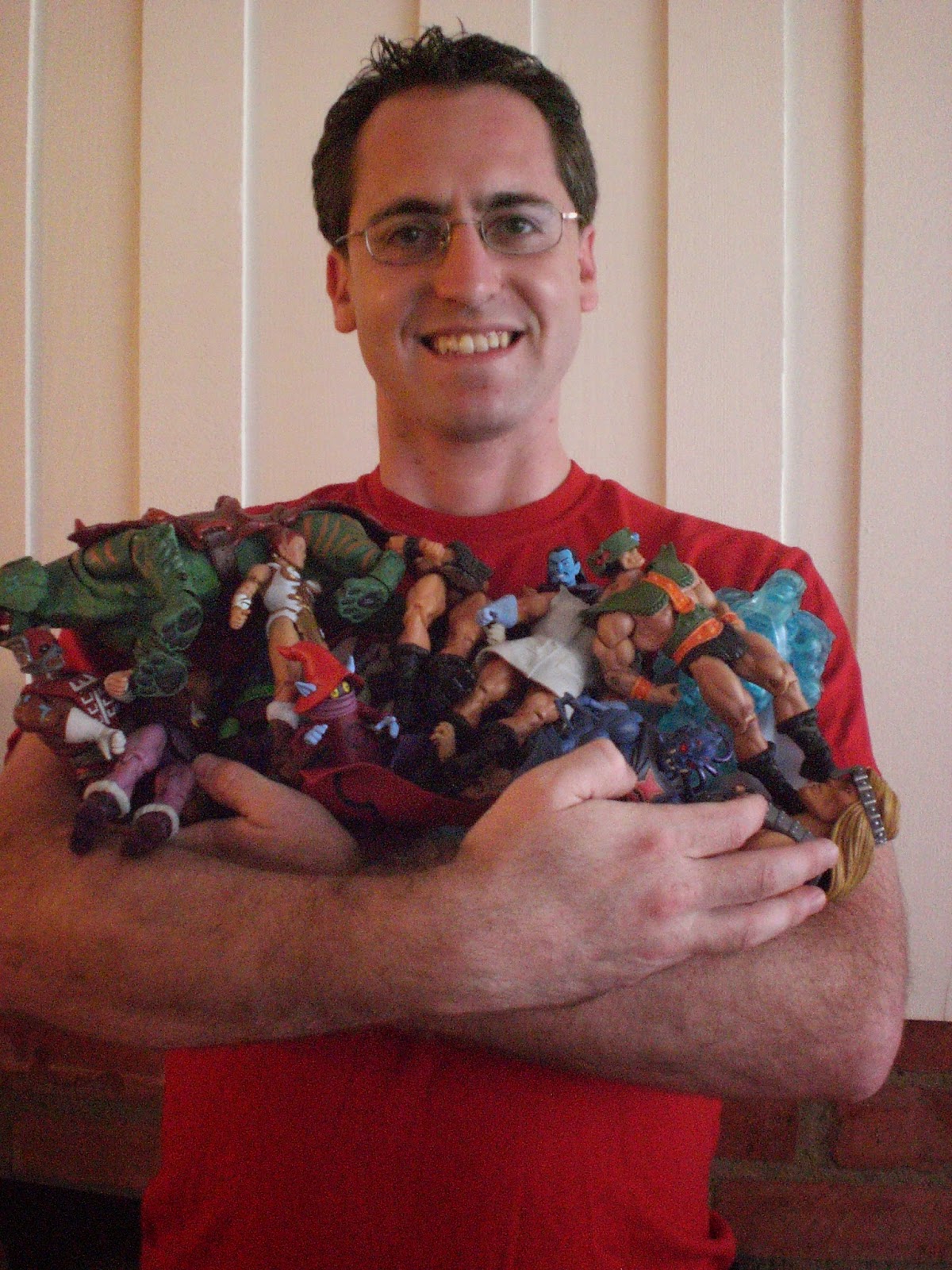 As many of you might know, I have been trying to make inroads into various toy companies for quite some time now. I suppose it’s a pipe dream of mine to interview somebody from each of the major toy companies, as well as some professionals who have spent time working in the industry.

Over the last several months I have been sending e-mails and messages out to various names that I come across. I’ve communicated with people from DC Direct, Funko, NECA, and a couple of smaller companies. I’ve also exchanged messages with a guy that has sculpted for Mezco and DC Direct. We should be recording sometime in the next two weeks.

But the larger companies have taken some time to work with. I’m not sure if they’re wary of bloggers or hesitant to spend valuable time talking to what is probably a smaller presence on the internet. Everybody has been very nice and cooperative, but I have definitely felt like they’re sort of stalling or something.

The last thing in the world I expected was to hear back from one of the most consistently persecuted personalities on the internet – Toy Guru himself, Scott Nietlich.
There have been a couple of times in the past where I suspected Nietlich was aware of Needless Things. One the one hand it seems silly to think that a guy that heads up major brands for Mattel has time to worry about what a website like mine has to say. On the other hand, it takes five seconds to Google your own name and scan through the results. And I’ve mentioned Nietlich by name plenty of times.

So what happened is I sent several messages to various “Contact Us” addresses I found scattered about Mattel’s various websites. It’s my stock message about wanting to interview or record a podcast with a representative of the company or somebody who works on the toys. I make it clear that this is an interview/biographical style thing with the intent of finding out what it’s like working for the company as opposed to specific questions about the toy lines.

Much to my surprise, I received an e-mail from Nietlich asking about the interview. He wasn’t interested in doing an actual podcast. I got the impression that Needless Things didn’t have quite the presence he deemed necessary to take the time for that (which is fine – I totally understand that these people are busy). But he said he’d be happy to do an e-mail interview. He couldn’t commit to the full 13 questions I normally do, but he said he’d send back as many as he could.

I was pretty stoked. Even if he gave me a bunch of fluff answers, it was still going to be a heck of a catch to be able to put Toy Guru’s name on my list of interview subjects.
He ended up having some very interesting answers and being one of the better subjects I’ve had. The only bad thing is that it made me really want to record a podcast with the guy.
Anyway, here’s a great Q&A with one of the most important people in the toy industry. He was pretty open and I think there are even a few tidbits in here that haven’t been announced or mentioned before. No new figures or anything, just info about the direction of some lines.

1 – I always ask my guests what their favorite toy was when they were a kid. Obviously we already know what your favorite was – was there a close second?

A – I’m not sure I’ve mentioned this before, but I definitely have a soft spot for Kenner’s Super Powers line. They were almost like smaller versions of He-Man – they had bulky, exaggerated physiques and action features.
2 – How did the decision to create Club Etheria come about? It seemed to me like a bit of a risky proposition, though it turned out I was wrong (Light Hope looks FANTASTIC, by the way).

A – If there’s one thing we’ve learned over the years with MOTUC, it’s that the fans feel very strongly about their favorite factions. From the beginning the She-Ravers have had the loudest voice of any of them. We originally weren’t even sure we wanted to include She-Ra in the Classics, but the She-Ravers showed up loud and proud and fast! Club Etheria was an opportunity to say thank you and to get some great characters out under their own special banner to acknowledge the 30th anniversary of She-Ra. Since they were all getting tooled, even if the sub didn't go through we could just roll them into the 2015 sub, which will be the final year.
3 – We keep getting teased with the possibility of a new Masters of the Universe movie. I know you can’t really reveal anything, but for pure wish fulfillment how would you envision the inevitable related toy line?

A – I think anybody can look at the toy aisles now and recognize that smaller figures are the way to go. If we could reduce articulation and size, we could put out what I think would be the ultimate, all-encompassing MOTU line. Playsets and vehicles could happen,. And by reducing parts and paint we could put out some really cool stuff. But that’s just thinking out loud. None of this has been discussed yet.

4 – Manage Your Expectations has to be one of the most brilliant phrases I’ve ever heard. It’s cautionary without sounding too harsh. Is that all yours or did that take some teamwork at Mattel to develop?

A – I know you’re looking for an in-depth answer to this, but manage your expectations! Haha! Seriously, though, the first time I said it was in response to a Ask Matty question about vehicles. It just had a ring to it and I took to using it any time the fans – who often expect what I call a “Dream Scenario” rather than a realistic, workable product – seemed like they were getting out of hand with their wants. At first it seemed reasonable, but now it’s a another one of those things that the fans seem to get upset over!

5 – The line has certainly changed throughout the years. From starting out as a truly amazing and different toy line through the difficulties of the quality control issues and customer expectations to the current run of amazing characters with lots of new tooling. I’m sure we have more changes in store, but is there relief for you seeing the light at the end?
A – One thing I can go ahead and say – look for us to drop accessories within the line whenever possible. Personally, I am not a fan of accessories. They just get lost and I kind of never understood why these huge, powerful characters needed weapons anyway. The key to this decision was when we dropped Rio Blast’s visor. The fans didn’t seem to mind and the figure still looks GREAT! Here’s the great part, though – for those fans that do still need weapons and extra pieces like Rio Blast’s visor – we plan on offering some special, no-deco Weapons Paks each quarter for around $50. These will include ALL of the accessories for the figures that quarter. We’re rolling this out in the Fall and yes, fans – they WILL BE available during Early Access!

6 – Your history with Mattel and how you started Masters of the Universe Classics is pretty well-documented; your (thing) has been an especially fascinating source of the story. Is there any chance that the whole thing – from the inception of the idea to whenever the line might end – might someday be documented?

A – I think this is a great question to close with because I have some VERY exciting news on that front and it’s something that I think the MOTU fans are going to LOVE! I mentioned it on the last Roast Gooble Dinner, but I’m not sure if that is posted yet, so this might be the first time fans will hear about it!

Part of managing the line has been keeping a close eye on expenditures. Obviously we have to make money. Well, we’ve done such a good job of managing the costs on this line for the past two years and also going into 2015 that we have been able to fund a very special project for the fans. 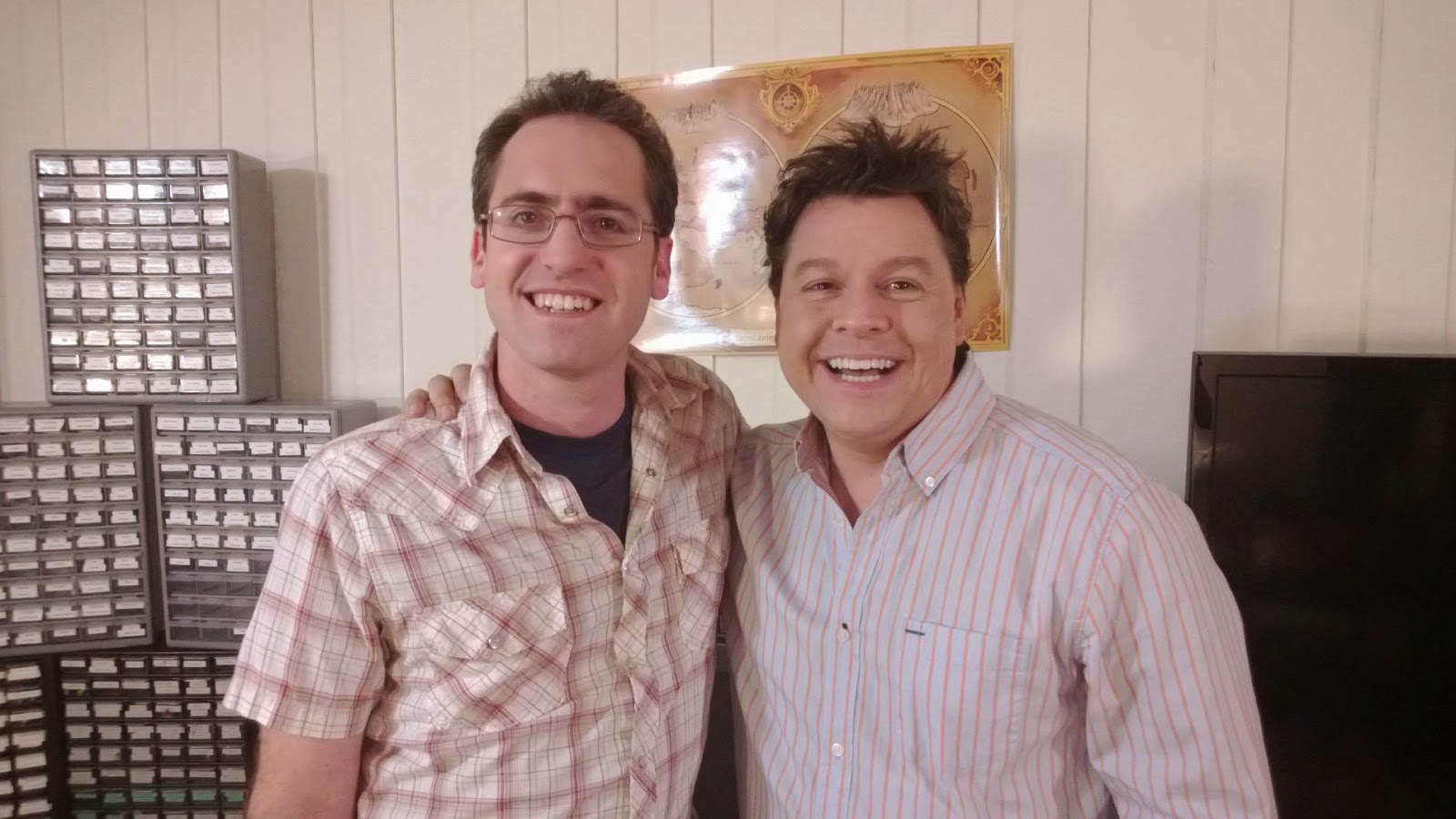 You might have seen me on the hit Travel Channel show, Toy Hunter, a couple of times now. Well, those appearances have led to a partnership with the Toy Hunter production crew. Thanks to the cost management on the Masters of the Universe Classics line, we will be able to fund a documentary detailing my work on the line, from the long nights poring over old documents, to the pitch to management, to now!
That’s right He-Fans and She-Ravers – Toy Guru is going to be starring in his own movie!
Now, we aren’t; trying to get this project into theaters, though we might tour some film festivals. The plan is to offer it on disc and digitally on MattyCollector.com so that the fans have the first crack at this exciting project!

That’s all I can say for right now.

There you have it, Phantomaniacs and He-Fans and She-Ravers! Toy Guru: The Movie! I, for one, can’t wait to see it!

You know, normally it is not in my nature to be deceitful, but… April Fools’!

This idea struck me Friday night and I thought it would probably be more fun than last year’s misery-laden post. Which, despite the opening paragraph, still managed to fool some folks. The shitty part is that I am in a similar frame of mind this year. Which brings me to this:

Posted by Phantom Troublemaker at 2:04:00 PM