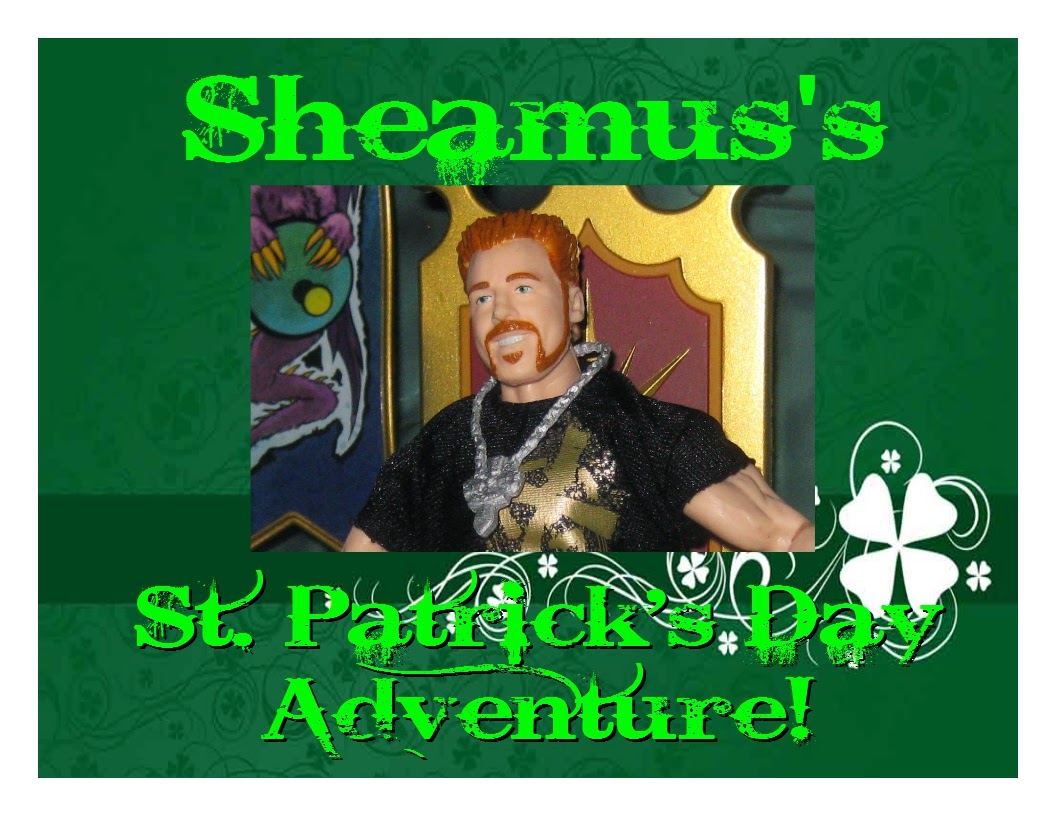 I was inspired to do this post Saturday morning when I got to work. That was pretty much the worst possible time to be inspired to do anything because not only was I going to be stuck at work for the next two days, but I was utterly delirious from lack of sleep.

I hadn’t been able to sleep Thursday night before going in on Friday. I was awakened by the dogs next door barking. So after getting little bits of sleep between 9 PM and 1 AM, I found myself wide awake. I watched The Shield until it was time to get ready for work at 3:30 AM.

After working 12 hours, I went home and changed and went straight to Club Famous for Monstrosity Championship Wrestling. I had to miss the last show because I was sick (which as of Friday I was still not 100%, but I’m finally pretty okay now) and I couldn’t stand the thought of missing another.

The show was fun even though the crowd was kind of lame. The Casket Creatures played a couple of great sets, including stuff from their new EP, She Screams.

Professor Morté wrestled what I believe was his first-ever match. It was against the Kentucky Wolfman and was actually pretty great. I had gone in expecting it to go a certain way (and thinking that was definitely the way to go), but they did something completely different that was a lot of fun and turned out to be a much better match. Dragula ended up refereeing and doing most of the work, but Morté still ended up looking pretty good. I was impressed.

So I ended up getting home at 1 AM (the magic hour of my weekend, apparently) and went straight to bed. Not to sleep, but to bed. Sleep took a minute.

So then I got up at 3:30 AM again and went into work and had this ridiculous and awesome idea for a St. Patrick’s Day post that was going to require a lot of pictures and time and certain things that I wasn’t going to be able to accomplish while at work. But I loved the idea and figured I could probably recruit Lil’ Troublemaker to help me out Sunday night to have it all ready by Monday.

I’m writing this intro on Sunday morning, so we’ll see how that goes.

Posted by Phantom Troublemaker at 4:31:00 AM