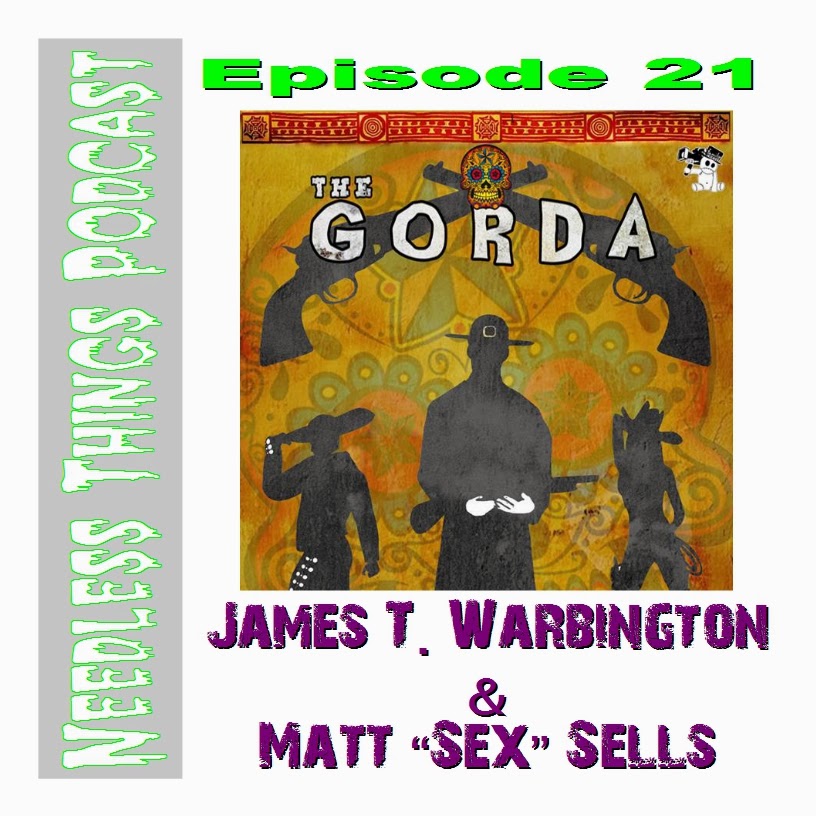 I’ve known James T. Warbington for about two decades now and I find myself hard-pressed to describe him. He’s a punk rocker, an entrepreneur, a musician, a director, a redneck, an arranger of things, a wrestlemaniac, a mentor, and one of the most unselfish people I’ve ever met.

James was the first subject of one of my 13 Questions posts and I still feel like it’s the best one. He took full advantage of the format to express himself and talk about his movie, The Black Earth. Ever since that Q&A I’ve wanted to do an actual interview because I thought it would be fascinating and hilarious.

Much to my surprise James does not interview like he writes. He’s thoughtful and almost quiet, in a way. We had a great conversation about wrestling, life, and his new movie, The Gorda; which starts shooting in July.

About halfway through the interview wrestler and comedian Matt “Sex” Sells and his lovely wife, Jen, drop in to join us in discussing this new Western that James is writing, directing, and producing and that Sells has a feature role in.

We had a great time talking and I’m definitely looking forward to having these guys on again, but for now check out the new episode:

The Gorda on Indie GoGo

“You Can't Kill Me” by Mojo Nixon