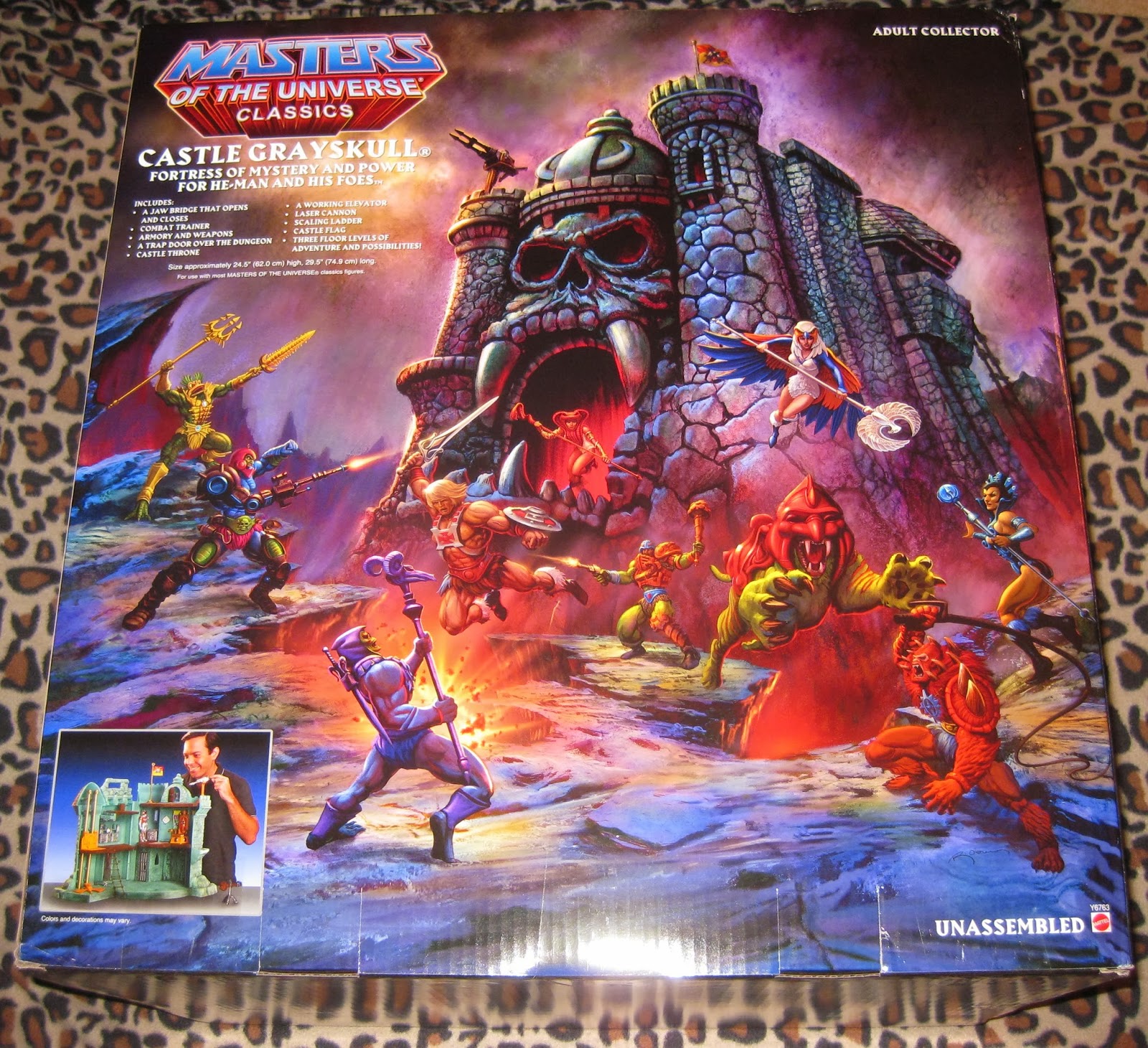 I’ve got to be honest here – I was not looking forward to doing this review.

There are so many problems inherent in reviewing something like this. It’s a one-of-a-kind item that cannot reasonably be compared to anything else on the market. It was massively expensive, so there was pretty much no way it was going to – from a purely objective stance – be worth the money. While Mattel did a very good job of managing our expectations on this one, they still set the bar a bit too high with their initial announcement. And finally – the people that did pay $250 for this thing are possibly going to be very resistant to – and resentful of – anything negative that is said about this toy.

Never mind the folks that failed to preorder and paid $300.

On top of all of that, sticking to my usual review format would be a pain in the ass. I knew I would have to do something different, but I wasn’t sure what. I posted a video with my AT-AT review, but that actually does things – it lights up and makes noises and shoots a speeder bike out of its butt. Castle Grayskull doesn’t do any of that. Despite costing more than twice as much. Plus, I just don’t dig doing video toy reviews. I don’t have the time or skills to make them as slick as other sites’, and that’s the most important facet of video toy reviews apparently. You can have all the personality of dry toast as long as you have graphics and transitions.

Another issue was how long it took me to feel like I had enough pictures for the review. I took one batch when we opened it, one batch a couple of days later, and then a bunch more just a couple of weeks ago. There’s a lot of real estate here and I wanted to be sure I covered everything (I did).

So once I had my pictures together and sorted I started playing around with Windows Power Point. I had an idea of how I wanted to do the review, but I needed a better narrative presentation than the Phantomaniacs simply scrolling down the page. I feel like this worked and I hope you guys get a kick out of it. I put a lot more time and effort into this review than I have any other because regardless of the final score, I feel like Scott Nietlich and the 4 Horsemen put every bit of themselves into making this the best Castle Grayskull it could possibly be.

Am I happy I bought this thing? Of course I am. We will never see a better Grayskull than this one.

Castle Grayskull is still available from MattyCollector. I can’t imagine that it sold as well as Mattel was hoping because it is a three hundred dollar toy that might be pretty awesome, but does not stand on its own. In order to fully appreciate it you also need to invest several hundred dollars in the rest of the associated line. This is not an impulse buy.

I suppose there are pipe dreamers out there who would like to believe that Snake Mountain is a possibility (I’d love to believe that), but I don’t think that it is. Not just because of the massive success that the Castle would have had to experience, but also because Snake Mountain would require some major reworking to be an appropriate playset for Masters of the Universe Classics.

I know Blogger sucks for comments, but please leave some feedback on Facebook or Twitter. I really want to hear what you guys thought of this one. Also, share it!
Posted by Phantom Troublemaker at 11:00:00 AM

Email ThisBlogThis!Share to TwitterShare to FacebookShare to Pinterest
Labels: Masters of the Universe, masters of the universe classics, mattel, MattyCollector.com, Playsets, toys