That’s the list of license that are currently available for preorder on Entertainment Earth as part of Funko’s new ReAction line.

Not the list that has been announced. The list that is in some stage of production and are right now set to release between April and September of this year. Figures that are going to happen. Toy Fair is this week and I’m sure Funko will have even more announcements about future releases in this all-new style of action figure. It’s fucking insane. There has never been a bigger, more expansive announcement in the history of action figures. Not even McFarlane’s Movie Maniacs could compare with what Funko has put together.

Before I get any further, let me explain what’s going on here.

Late last year we started hearing rumors that Funko – a company traditionally known for bobbleheads (which I loathe) and quirky vinyl figures – was looking at starting up actual action figure lines thanks to the success of its partnership with Super 7 to release the never-produced Kenner Alien figures. This success happened before said figures were even released because obviously every nerd on the planet – even non-toy collectors – let forth simultaneous splooshes when they heard about it. I don’t know the whole story behind the partnership, but I suspect that Funko stepped in to help with production and distribution when it looked like demand for these figures far outstripped what Super 7 was prepared to deal with. I don’t know – that’s just speculation. Maybe I can wrangle one of these guys into doing a podcast to find out.

What we’re looking at now is nothing short of a toy revolution. Funko is producing action figures based on all of the above licenses (and likely more) in the Kenner 70s Star Wars style. That is, simplified sculpts, five points of articulation, and basic (but good) paint apps. It’s one of the craziest and most brilliant moves I have ever seen in any industry and I haven’t even gotten to the most brilliant part. 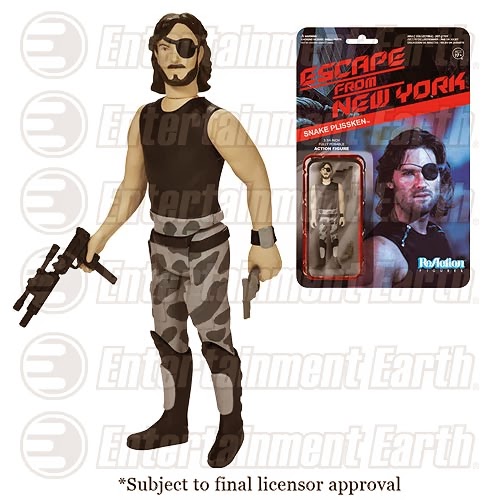 Nostalgia is the toy collector’s G-spot. I think Funko and Super 7 realized this when the initial response to the Alien figures came in. They must have, because there’s no way they have all of this product ready to go with any less lead time than that. Funko has access to all of these licenses because they have been slowly growing their Pop! line of vinyl collector toys for years now. All of the above franchises and more have been represented in the cutesy, pop-art style line. More importantly, the Pop! figures have been carried at Target, Toys R Us, Hot Topic, and many other major brick-and-mortar retailers. This means that Funko has an in-road to those important entities for the ReAction lines.

But here’s the brilliant part – these figures are currently listed at $9.99 apiece on Entertainment Earth. As of now this is the only retailer that has them and I believe it has something to do with the tight relationship Funko has always had with EE. But this ten dollar price point is genius because we collectors have been trained over the years to pay a premium for the licensed products we love. We have been told over and over again that our favorite franchises are niche properties and that companies just can’t produce enough to turn a big profit. Mattel has applied this principle to their current Masters of the Universe Classics line to great effect, charging twenty-seven dollars apiece for six-inch scale figures.

NEWS FLASH: As I was writing this Big Bad Toy Store listed the ReAction figures for preorder, also for $9.99 apiece. While the customer service is comparable between BigBad and EE, I find the shipping is usually cheaper with BigBad and they also offer the useful Pile of Loot service.

So it was a true double-whammy when these ReAction figures appeared with such a massive bevy of licenses for under ten bucks each. That ten dollar mark is such an important one nowadays – the equivalent of the five-dollar mark of the 80s. Once a single-carded figure goes over that price point, it is no longer an impulse buy and becomes something that requires conscious thought and decision-making. But these little ten-dollar gems can all be thrown right into your virtual shopping cart without a second thought. For a hundred bucks (plus shipping) you can get ten whole action figures!

So those are the facts surrounding Funko’s new ReAction line. Well, the facts and a bit of speculation on my part. Now it’s time for my opinions on things.

Opinions. You are not obliged to share them. I am speaking only for myself and my views on this line. 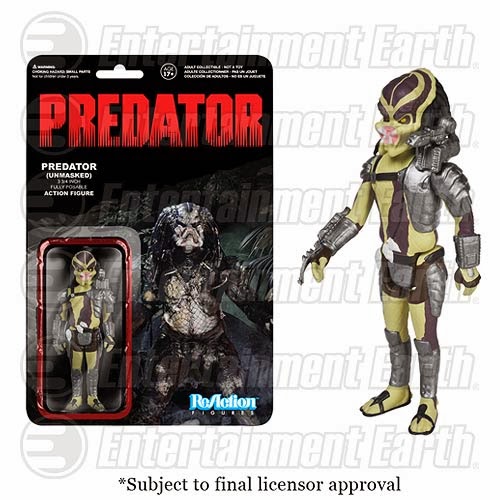 I am fighting with every bit of my common sense against the unbelievably strong impulse I have to order almost all of these figures. Because my heart wants them something terrible, but my brain knows they aren’t actually all that great.

Before you put me on your list of people to stab in the face, let me explain. I think you’ll see my points.

I have to start with the price point. This is a trick. As I said, we have been trained to believe that our nerd collectibles are going to be expensive. We have also been trained to believe that ten dollars is not expensive. But right now ten dollars gets you a 3.75” scale Marvel, GI Joe, or Star Wars figure with premium sculpting and articulation and a blister full of accessories. For less than that you can get a new 5” scale Teenage Mutant Ninja Turtles figure. And for a mere five dollars you can get the new styles of former licensed figures – five points of articulation, simplistic sculpts, basic paint apps. Sound familiar? That’s because we were just talking about a company offering the same thing for twice as much. But it seemed like a deal back then.

Obviously the argument is that these licenses are not available in any other way. And that is a valid argument that will keep us paying a premium for toys until the end of time. I’m just making the point that the ten dollar price point is not as magical as it seems.

The next thing to address – and this one is more specific to me – is that I hate the old 70s Kenner style of action figures. I have ever since I bought my first GI Joe figure in 1982. They all look tubby, they can’t hold their weapons right, and they often can’t even stand upright. You guys – their knees and elbows don’t even bend.
Obviously this is where nostalgia kicks in the most. We had these when we were kids, for most people in my generation those Star Wars figures were the first things we truly collected. There’s a lot to be said for that style coming back, particularly with the licenses in question. But looking at these figures from a purely practical point of view; they suck.
And yet I still want to buy every single one of them. Because I am the toy producers’ wet dream – a chump with disposable income and a nostalgia gland that rages beyond my control. It’s a boon that these will probably be difficult to find at retail because the fact that I can’t put my hands directly on them (and would have to pay shipping) are the only things keeping me from going buy-crazy. If I were to happen across them in a store it would be bad.

I know I said some hurtful things up there, but I think it’s important to maintain some perspective amongst the hotness of this announcement. For me, at least. 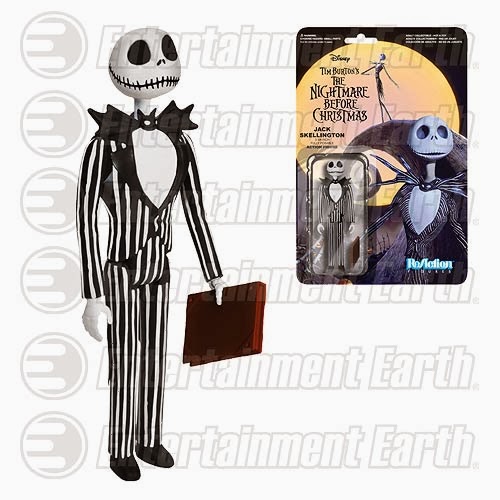 And here’s the most important aspect of the ReAction line – these will appeal to every geek. Even non-toy collectors. Heck, even non-geeks. The cards are beautiful and folks that don’t open toys will find them to be fantastic collectors’ items. A carded set of Back to the Future or Pulp Fiction figures will look great on a wall. I expect the ReAction figures to reach far beyond the collectors’ market.

The crazy thing is that this is just the beginning. I feel like Funko probably has more licenses in store and is likely already in the planning stages for things like vehicles and playsets depending upon the success of these initial offerings. The DeLorean, Vincent and Jules’ car with Marvin figure included, Butch’s car (to run over the Marcellus Wallace figure), the Mule from Serenity. A playset of Ripley’s escape pod. There are so many possibilities – these are just the tip of the iceberg. Imagine what a Goonies playset could look like.

Super 7 and Funko are geniuses and I hope that the ReAction line is the massive success that I think it will be, if only for the fact that it could genuinely revitalize the action figure industry. But I am going to do everything I can to avoid getting sucked in. I do not need to start another line. Especially not one of figures that I don’t even particularly care for. Even if they do look so cool.

I’ve already failed a little bit. I had to buy this xenomorph when I saw it in person at Days of the Dead this past weekend: 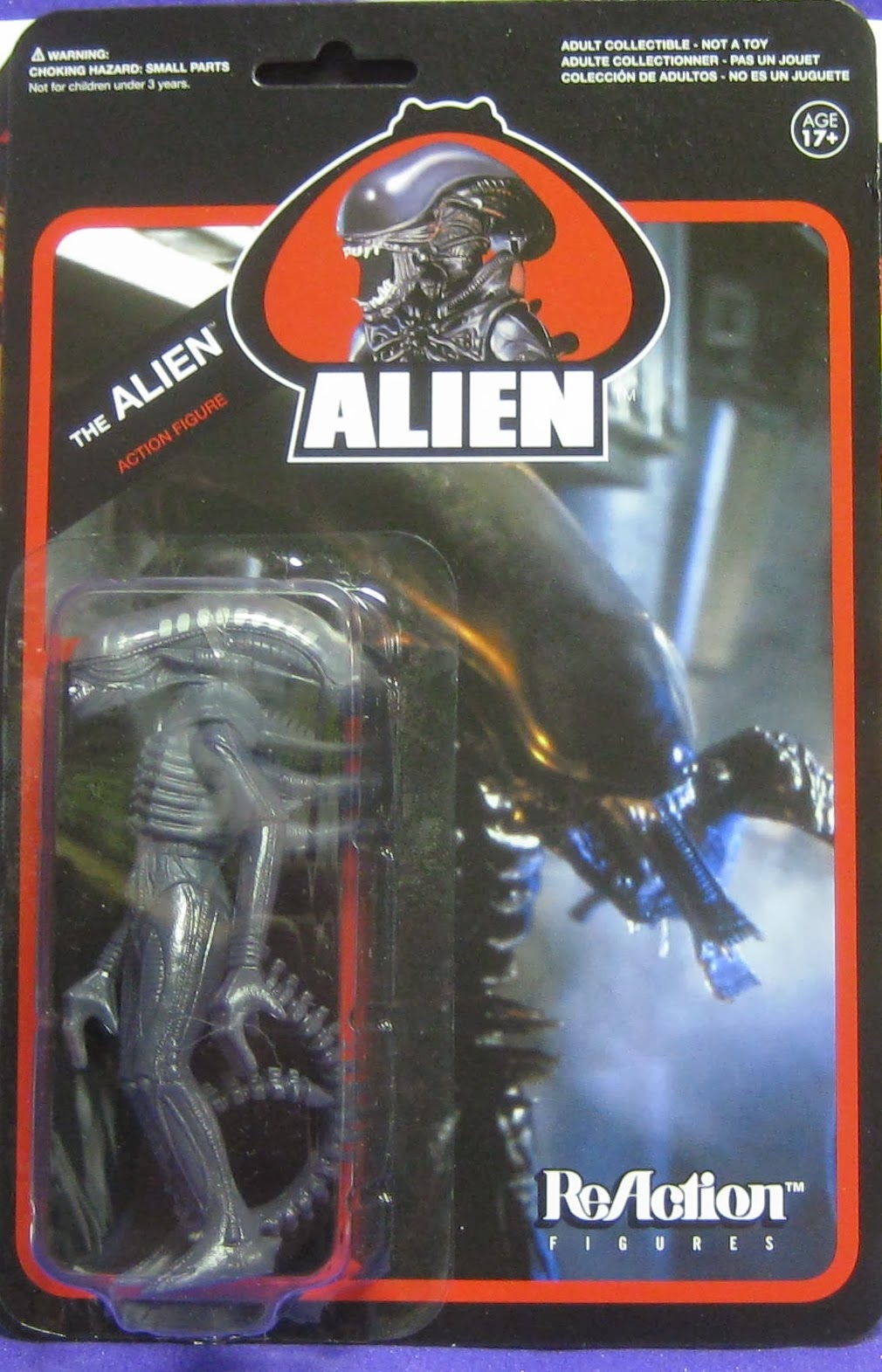 I’m trying to think of it as a singular purchase that I bought just for the novelty of the character in that scale. I will use the same rationale when I order the Gill Man, Snake Plisskin, and Pinhead. Dammit.

What will be interesting now is seeing how other toy companies react to the almost universal positive reception and overwhelming excitement for Funko’s ReAction figures. Hasbro probably still has the molds for the original Star Wars figures, though they might be degenerated at this point. Mattel has plenty of franchises that would work in the format – specifically Ghostbusters. Maybe we could get an ECTO-1. Most interesting is the fact that Funko is using a lot of NECA’s cornerstone licenses. Although if they wanted, NECA could use its many video game properties to do figures in the ReAction style. I suppose it all depends on how well this new/old format actually ends up doing.

All I know is it’s a good thing that Funko isn’t offering these licenses in my preferred format of 6” scale, highly detailed and articulated figures. 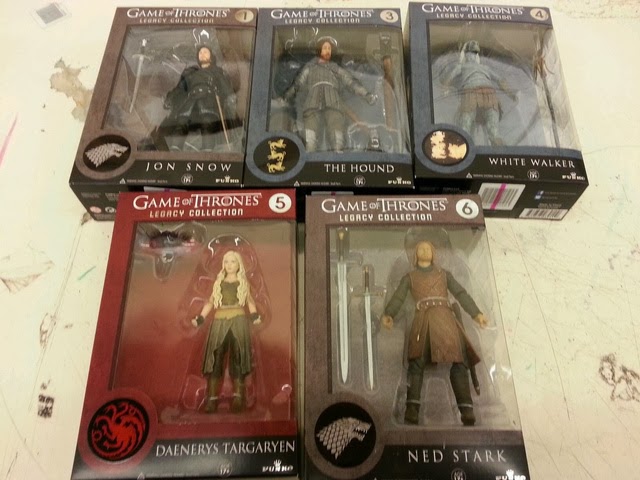