In the interest of time and so you don’t have to read it over and over, just go ahead and mentally add “but for $30 dollars he/she should have come with some more accessories/extra hands/extra head.”
. 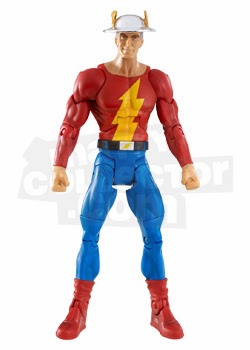 Jay Garrick- I liked Jay and he was a needed figure for the JSA even though the ages of him, Wildcat, and Alan Scott were off so they didn’t match. Also that seam on the helmet was awful. This bare bones figure was almost all reuse. Get ready for two years of the same body!
(Just kidding, they used the suit body a couple of times too!) 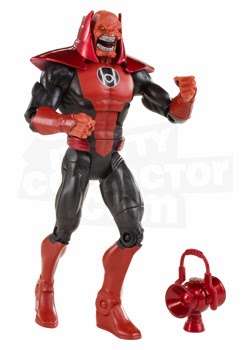 Atrocitus- He can’t hold his lantern. Seriously. How that ever got through any stages of planning without someone pointing it out boggles the mind. He was also too small. It’s a shame because the head sculpt was really good. 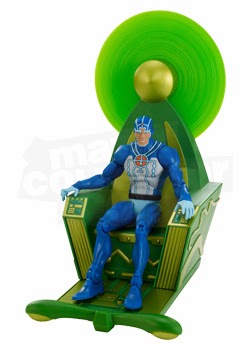 Metron- The exclusive for year one. The chair was done really well and the figure itself looks good, it just would have been nice if some the Kirby lines were sculpted instead of painted on. The hands on him were done really well and I’m not sure that we even saw them again. Looking back at him just reminds me that we will never get a Granny Goodness now. 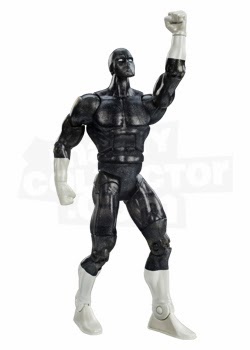 Starman VIII- I really liked this version of Starman in the comics. I guess he never existed now. The rare figure to come with an extra head, this was a great example of being able to take the basic body and make it translucent to make it great. Should have come with an ice cream cone though. 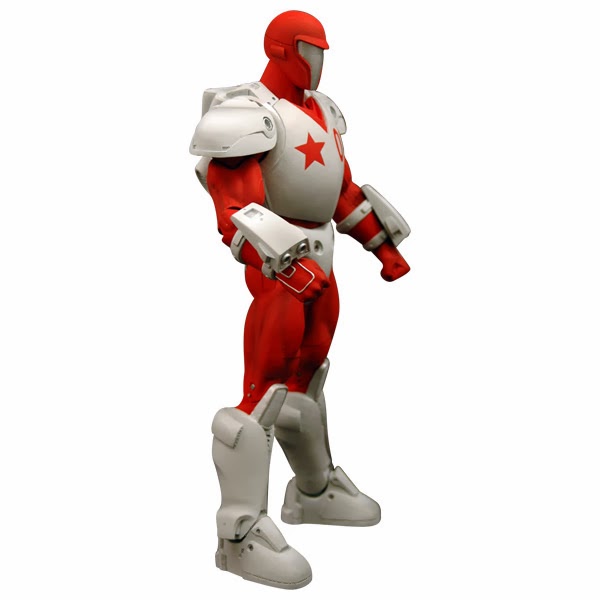 Rocket Red- The biggest failure of the line. Announce a popular figure needed to complete a popular team, then do the wrong version and make it the wrong size. If any figure represents how Matty handles things, it’s this. Seriously - nobody wanted the Geoff Johns version of Rocket Red. They could have at least put in some stickers to make the different call signs. 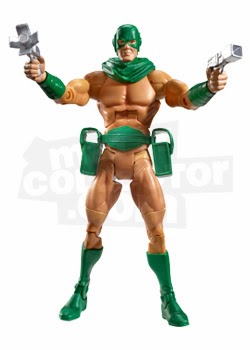 Mirror Master- Then sometimes they get it right. Mirror master shows that it is possible to add a few new parts and make a great figure. The guns looked great and came with different ends to show the guns working or not. The holsters were a little big, but Id rather have them able to function than not at all. I’m still not sure what that hood piece is supposed to be though. 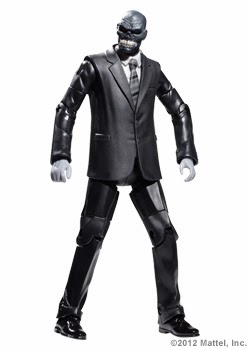 Black Mask- SUIT BODY! If there was a Matty drinking game the suit body would require a shot every time. You would be wasted in no time! This was a fine figure, nothing special. The odd part was the Batman cowl that came with him and obviously at one point was made to have the knife go through, but then at some point they just decided to not make that work. Matty is truly a mystery. 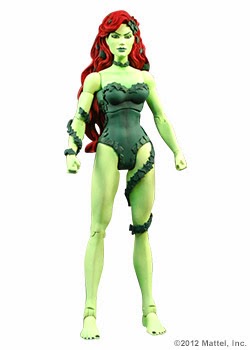 Poison Ivy- There was some controversy (and by controversy I mean grown men arguing about toys on the internet) about the choice of the green body instead of the more classic Ivy. I liked the green and thought the use of the vines was a good touch. I haven’t looked at her lately but I wonder how she will look as the plastic fades. 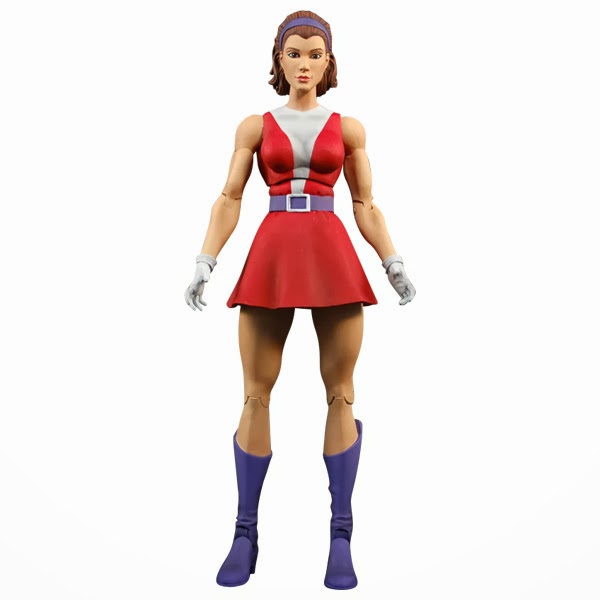 Elasti-Girl- To Matty’s credit, they did complete the teams they set out to within the first year (as long as you don’t count Dr. Caulder, Beast Boy in the correct costume, or Dr. Magnus). Elasti-Girl is fine and it was good of them to include a miniature version as well. 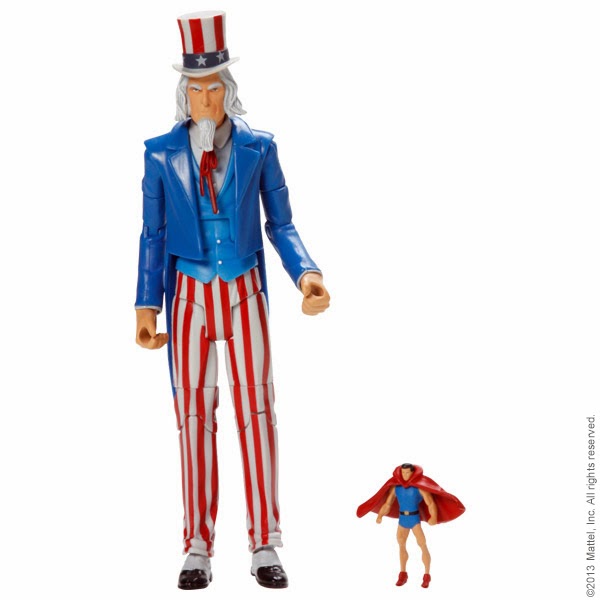 Uncle Sam- This is one of my favorite figures of all the Mattel DC line. The problem though is the use of a grey color instead of a clean white. ToyGuru again and again said it was a design choice but I don’t think anyone really believes this. More likely grey is cheaper or something. Dollman was also included, which led people to think that Matty was going to start on the Freedom Fighters. They did not do another member of the team. That’s just the strategic planning you learn to love from Matty. 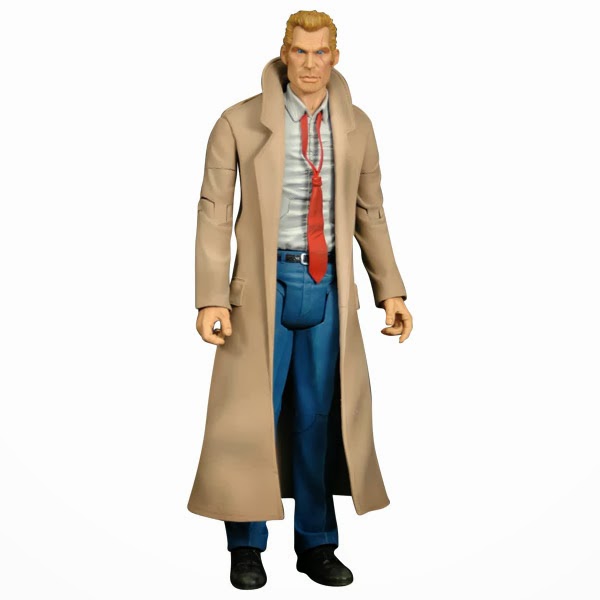 John Constantine – Not a bad reuse of the Joker suit body where a change to the tie made a big difference. The face scar didn’t bother me as much as some people. The biggest problem with this figure is the lack of a cigarette for him to hold. Matty gave excuses about tobacco not coming with toys. You know - the ones in the boxes marked “Adult Collector”. 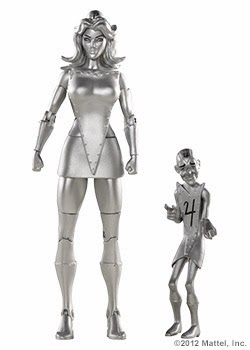 Platinum- It’s a two-fer! We got both Platinum and Tin together in a regular slot. Both look great but Tin is way too small. The head sculpt on both were great and really captured both of the characters well. 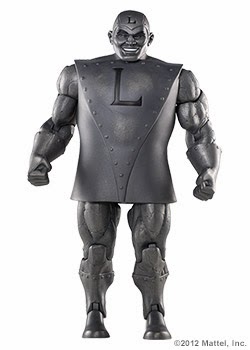 Lead- Another team finished! Lead was a good size and like the rest of the Metal Men, the 4 Horsemen really nailed the expression. The odd thing about this figure is the back. He looks like he’s wearing an apron. I have no idea why they didn’t just give him a full size tunic instead of the low back. I’m sure it was a “design choice”. 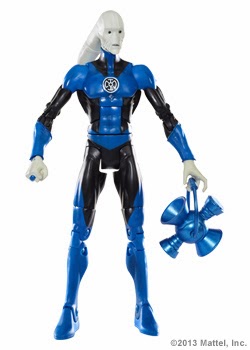 Saint Walker- Hey look! A Lantern character that can hold his lantern! The arms were made longer on this figure which gave him a slightly different look than just your normal head swap. Overall just an average figure but now I’m reminded after all that they didn’t finish the Lantern leaders. Damn you, Matty. 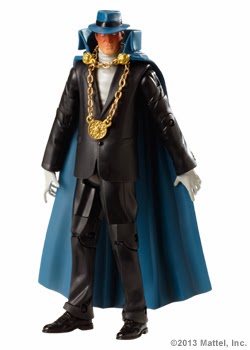 Phantom Stranger- SUIT BODY! SHOT! The highlight of this figure is the shading that was done over the eyes to make the hat look like it was casting a shadow. Oh and look there are the Metron hands again. Guess I was wrong. The necklace was also great. 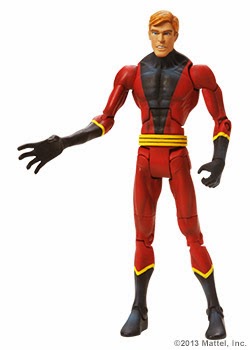 Elongated Man- One of the most anticipated figures in the line and needed to complete the Satellite era. Then he came and everyone went “Eh”. There’s nothing wrong with him, he’s just not the most exciting figure. The working magnifying glass was a nice touch though. 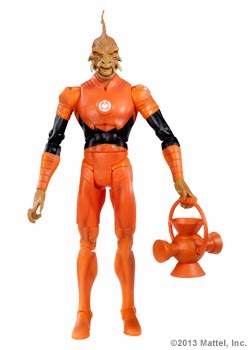 Larfleeze- It bothers me that I cant really get his arms into the cradling the Lantern position that he is most known for. They used the extended forearms again to make him look a little different, but in my display I stayed with the DC Direct version. 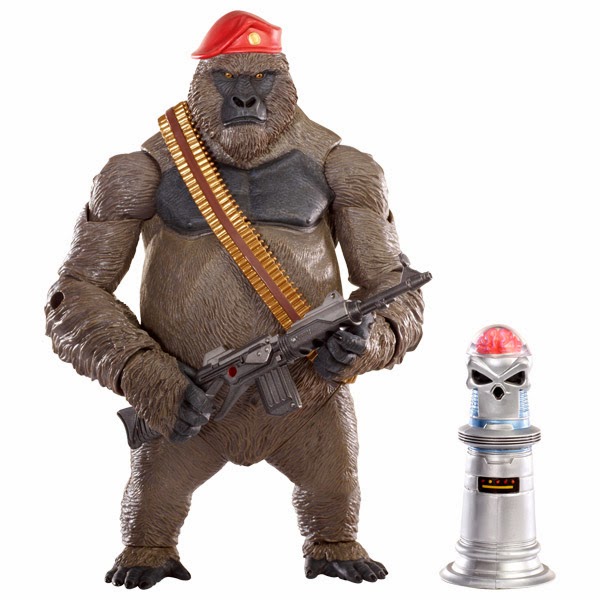 Monsieur Mallah and Brain- Year two Exclusive. It’s a monkey with a beret and machine gun accompanied by his brain robot who he is also in love with. If you aren’t excited about that kind figure, I don’t think we will ever be on the same page. I do wish he had been more brown than he came out but over all it was a great reuse of the Grodd body. 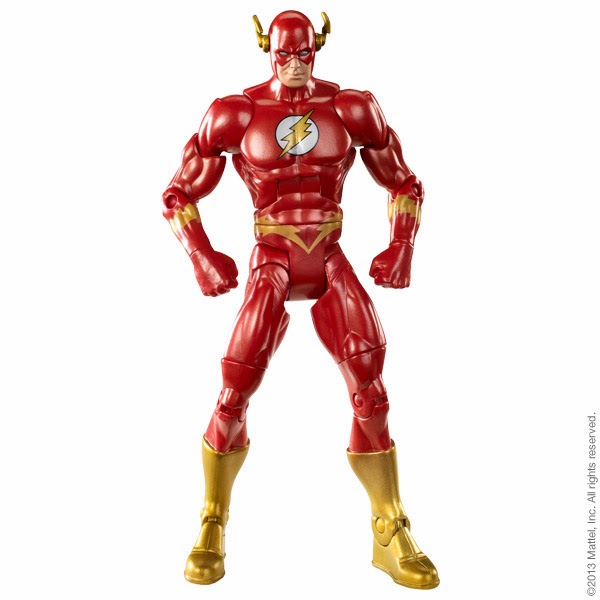 Wally West- UGH. It seems this was at the top of almost everyone’s list for the sub. I had no interest at all. Wally was just a repaint of the same flash body we had seen again and again in the main line. And for some reason the paint on the Flash symbol looked really cheap. What a waste. Red Hood- I really liked this figure. It stands out of the shelf and is done really well except he could have used some holsters to store the guns. Knowing now that the sub was going to end, it probably wasn’t the best use of a spot but overall a great toy. 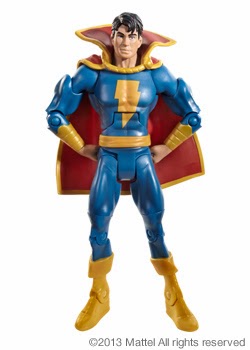 Captain Marvel, Jr. - Boring but necessary to finish the marvel family. I’ve got nothing else on him. 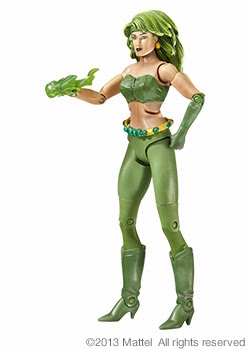 Fire- I absolutely believe Fire was slotted here so that they could use Ice as sub bait for the next year. We all saw how that worked out. So now we all get to fight on sale day for Ice. It’s going to be great - especially because the MOTUC subscribers get to order her first in Early Access (so do their friends). Because that makes sense. Fire is an okay figure and should have really come with two of the fire things for her hands. Also, the way the waist joint lines up on her looks really bad. 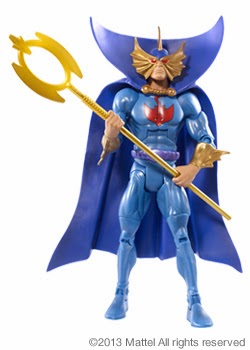 Ocean Master- Yeah for getting an Aquaman villain! The mask was done really well, but man is that a big collar. I can’t imagine that thing does well under water. Also, wouldn’t a cape be a problem when you are trying to swim? 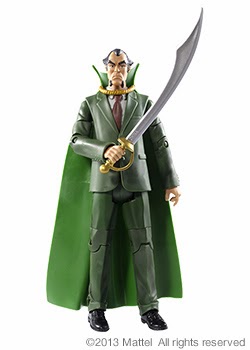 Ra’s Al Ghul- SUIT BODY! SHOT! I’m convinced that they forgot to tell the poor factory workers to paint the grey on his face. It just looks like he’s not finished. Also that sword is insanely huge. 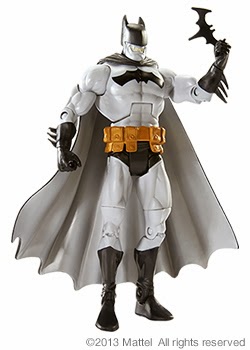 Batzarro- And finally the end. This figure perfectly captures the club in general. A figure no one really wanted with a body used time and time again, that ends up okay. Nothing great. I do like the grey inside of the cape. The upside down belt with the pouches all open is also a nice touch.
So due to crazy prices, the incompetence of Digital River, and really just not having enough A-listers to keep going, the sub did not get renewed. There was a lot of blame going around but really the line lasted for around 10 years and made a lot of great figures. There will always be figures that I can’t believe they never got to (seriously - Vixen was on the package for years). We will get five more figures over the next year or so. We can look forward to 90s Aquaman, Ice, Damian Wayne Robin, Jeans Superboy, and Containment Suit Doomsday at San Diego. I’ll probably pick up Ice if I can, along with Doomsday although it’s obviously not the version everybody wants. Even when the line ends, Matty figures out a way to screw it up.
-Evil
Posted by Phantom Troublemaker at 11:00:00 AM