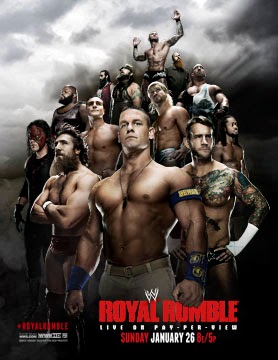 I don’t expect this to become a regular feature, but there are several things that I wanted to mention that wouldn’t have worked out to 1,000 words each, but that if I stretch ‘em out a little (A LOT) I might be able to combine them into a post.

CAUTION: There may be some rambling.

But first – some Rumbling!

That’s right, Phantomaniacs – the Royal Rumble is Sunday night and I am super-pissed about it because I just started watching WWE again and it seems to be pretty good right now and I AM WORKING SUNDAY NIGHT. So for the first time in several years I am not going to be able to watch the Rumble or, more importantly, play the Rumble Game.
I first learned of the glorious Rumble Game from Online Onslaught’s Rick Scaia. If you don’t know, Scaia ran that site for many years throughout the rise and fall of pro wrestling and was one of the most entertaining voices on the internet. I didn’t always agree with him, but he had a great writing style and put together very entertaining and insightful recaps and essays about wrestling. I spent hours and hours on that site.

In addition to writing about wrestling, Scaia also fostered a thriving online community through the OO Message Boards. I rarely participated in the conversations, but a large number of thoughtful and sometimes just crazy people kept me coming back to check in.
I adapted Scaia’s original version of the Rumble Game (which he adapted from somewhere else) because I couldn’t find the original post one year and had to sort of make up the rules. Over the last several years I have fine-tuned things to the point where I think it works really well for differently-sized groups of people, but that’s not to say that you couldn’t adjust things as you found necessary.
Even though I won’t be able to play the Rumble game on Sunday, I’d like for all of you to be able to. So here’s the rules:
This game is the best game ever because it takes a wrestling match that is a lot of fun but that can often get tedious in the middle and makes it the most exciting, cut-throat experience ever. You will cheer for people that you hate or don’t give one shit about because you happen to have their number. You may think that Randy Orton is the worst wrestler of all time, but when you have his number and he ends up in the Final Four, you’re going to pop HUGE.
This is the magic of the Rumble Game, and I gladly bestow upon you this knowledge. Now go forth and yell at your friends. 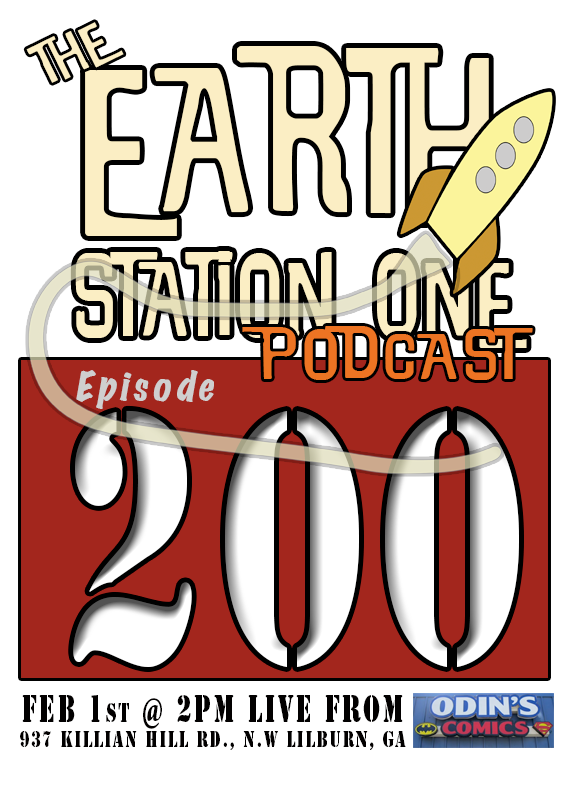 ITEM #2 – The 200th Episode of Earth Station One
Two hundred episodes. That means that right now there are one hundred and ninety-nine episodes of Director Faber, “Howdy” Mike Gordon, Award-Winning Bobby Nash, and tons of other nerd luminaries talking about nerdy stuff. Some of the most insightful and entertaining people I have ever met have visited the Station over the years and you can get all of these episodes for free. So go to
ESOPodcast.com
And start listening now.
The theme for the big 200th episode is “What Inspires Your Geek?”. We have a massive roster of ESO talent and ESO-keteers lined up to get on the air and talk about what makes their dork clocks tick. The good news is that this podcast will be recorded in front of a LIVE audience at Odin’s Comics on Saturday, February 1st at 2 PM.
I will be there along with every single person that has ever appeared on an ESO broadcast.
Ha! Just kidding. That would be impossible. But we will have tons of guests and fans on site, so you should definitely plan to be there. Any and everybody with a little geek in their hearts will be invited to get on the live mic to talk about their inspiration. Also cake. 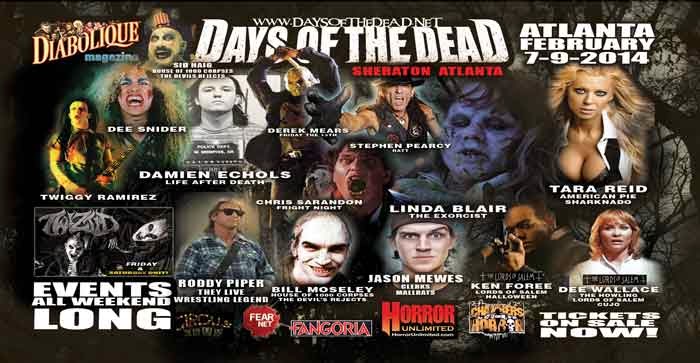 Item #3 – Days of the Dead Atlanta
Days of the Dead was pretty much spoiled by the fascists that run the Sheraton last year and me and the missus swore we would not be returning this year.
If you want that whole story, I posted it right here.
But after many promises and assurances from the guy that runs DoTD that the Sheraton now understands that it’s a horror convention and that it is actually supposed to be fun and that the con-goers are paying customers of the hotel, we decided to give it a shot. Worst case scenario we have to stealth drink like we did last year, only this time we’ll be prepared.
We’re only going down there Saturday and staying that night because I just don’t want to encourage a con that let what happened last year happen. But it is a fun con with wacky guests, so I don’t want to miss it.
Side Note: I was rejected for a press pass for this year, which is a step up from not getting any answer at all last year. It’s probably my fault, as I waited until last week to inquire. But I wasn’t even sure we’d be going until then. I’ll still write about the con a bit (obviously), but I won’t be doing any features unless it just blows me away this year. I’ve got too much other stuff to write about.
The guest list this year is fucking weird. Here are some of the highlights:
Dee Snider
Tara Reid
Lita Ford
Sid Haig
Bill Moseley
Damien Echols
“Rowdy” Roddy Piper
Jason Mewes
Linda Blair
Meg Foster
Keith David
Twizted
Chris Sarandon
Tony Todd
Dee Wallace
Stephen Pearcy
Ken Foree
Twiggy Ramirez
Roy Wooley
Ron Simmons

There are a few up there that I feel like I have to get pictures with and a couple more that I’d like to have sign stuff. It’s all going to depend on pricing. I wish this con weren’t so soon after Christmas. If they’d just put it off until March a lot of people would have their tax returns and I think the thing would make a lot more money. Just ask the vendors who were there last year (but declined to return this year).
So if you want to hang out with ol’ Phantom and his crew, head on down to the Atlanta Sheraton on February 8th. We’ll be there all night. If you can’t find us wandering around, it’s because the Sheraton are being dicks again and we’re holed up in our room doing shots of Fireball. 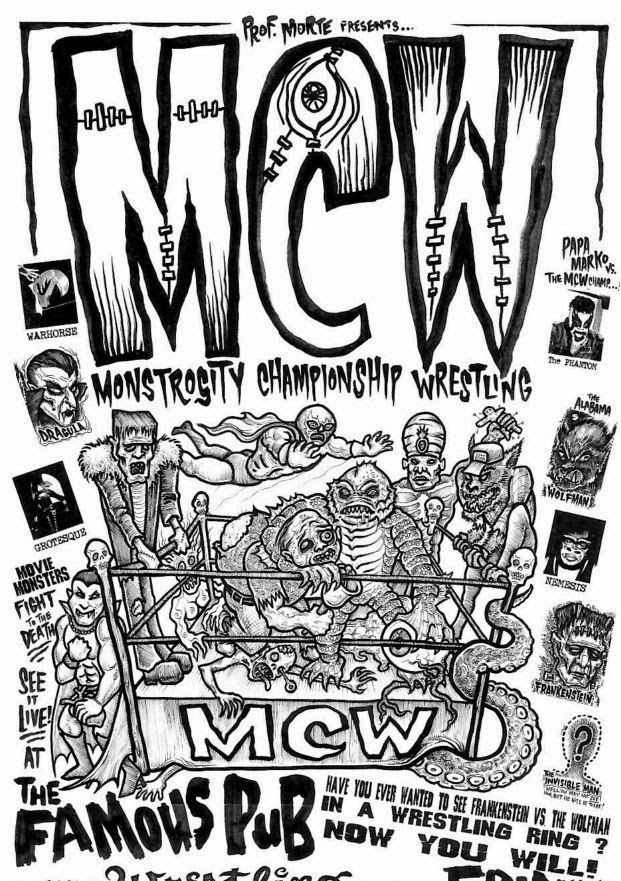 Item #4 – Monstrosity Championship Wrestling on 2/21
I will be back hosting Monstrosity Championship Wrestling LIVE from Club Famous on Friday, February 21st. All I can tell you about the show is that it will feature the same wild action we always provide. Monsters, demons, maniacs, and the best professional wrestlers the Southeast has to offer will compete in the strangest squared circle you've ever seen.

I don't know who the musical act is yet, but they will, beyond a shadow of a doubt, be there to shred and rock socks off.