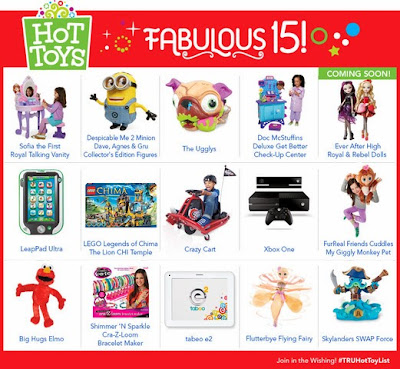 First off I need to apologize for my slacking off. I got through the reviews of the first two Star Wars Black figures then never got the rest. The pics are taken, I just never got to them. But I promise to be better. Originally when Phantom Troublemaker asked about Christmas articles, I had intended to do reviews of the 2013 Star Wars Christmas advent calendar. That thing is crazy expensive ($39.99) so I was waiting for it to go on sale as Target was choked with them last year. Of coarse that means that this year it sold out and now is going for stupid money on the internet. So onward and upward. Instead I decided to look at the yearly top Christmas toys as presented by Toys R Us. This year they made a list of 15 toys. I decided to go with the Toys R Us list due to the fact it’s the first that comes up in Google and the ones that most parents probably go to. So here they are with a little commentary on each, thoughts about the whole list, and what I think is missing.
(For a little background info, I have three kids - a girl, 6; and two boys, 8 and 9. I also work with elementary school children in their homes and at school everyday)

Sofia the First Royal Talking Vanity
I think every little girl has some version of a pink and purple vanity to apply make up. This one is Sofia the First the little Disney princess. If you haven’t had to get one of these yet, they take up a lot of room and the seat always falls apart. This one has six princess training lessons and of coarse needs some amulet (sold separately) to activate some more lessons. This is one of those toys that your kids will love for first week, then sits in the corner until you sneak it out to give to charity while they are visiting grandma’s.
Despicable Me 2: Minion Dave
Its unclear which toy Toys R Us is promoting here. In picture on the main site it looks like its an action figure but when you click the link it takes you to some plush toys. I though the first movie was great and never saw the second but I do remember the toys clogging the shelves for months. Also didn’t this movie come out the in summer? I think this may be a case of Toys R Us promoting some over stock.
The Ugglies
I had never heard of these until I read this list but now I think my boys will be getting them. The Ugglies are gross dog puppets that make farting and burping sounds. What else could a little boy want? The only thing I’m worried about is the part where if you leave it alone, it starts to snore. Not looking forward to hearing that. Also they come with adoption paper. Because that’s what kids are worried about. Making sure they have legal rights for their decisions involving their toys.
Doc MCStuffins Deluxe Get Better Check-Up Center
Once again here is a toy that will take up tons of room and probably not get used much. However I really like that it’s a girl make believe toy that doesn’t involve make up or cooking. I got nothing else on this one.
Ever After High Dolls
So when I first saw these I thought the Monster High people must be pissed. Then I do some serious research and found these are just a fairy tale spin off from them. I have the same thoughts about these that I do about the Monster High dolls……I dread when my girl becomes a “tween” and it’s okay to dress like this.
LeapPad Ultra
DO NOT BUY THIS. I have seen this toy in so many kids houses and let me tell you what happens to it. It sits there, abandoned. Kids love tablets its true, but these have apps that are obviously made cheaper and kids know. When my son was younger I got him whatever the equivalent to the Nintendo DS was and you know what he played? My DS. Just spend the extra money and get a kindle or an iPad. It will get actually get used.
LEGO Legends Of Chima: The Lion Chi Temple
LEGO is a big deal at our house. We have tons of super hero and Star Wars sets. All three kids watch Ninjago repeats but just aren’t into Chima. Comparing the Chima merchandise to all the Ninjago stuff from a few years ago, I think Chima hasn’t been the success that they hoped it would be. Like all the big LEGO sets, I’m sure that this one is impressive put together then you get to enjoy watching $100 dollar set be torn down and spread around the carpet, never to be put together again. If you are going to get a big set, I recommend Arkham Asylum. It’s awesome and has a Damian Wayne mini-figure (because lets be honest, those little figures are the real reason kids want these sets). 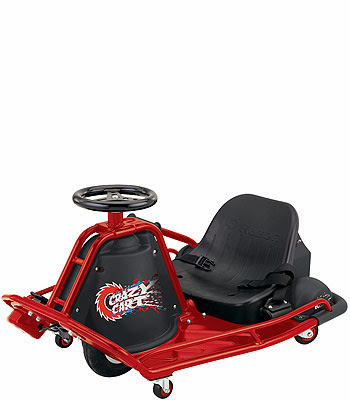 Crazy Cart
It’s a mini go-cart that spins around and drifts. It’s $400. If this held my weight we would be getting this for Christmas. 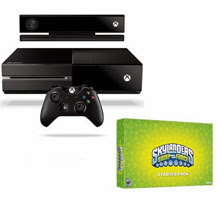 XBOX One
Where to start with this one? I have an Xbox One. I love it. There are currently five games I can think of that are appropriate for kids out right now (Lego Marvel, Just Dance, Angry Birds, SkyLanders and Kinect Sports). Four of those you can get on system that you already have. My kids love playing the XBOX but I don’t think it would be on any of their lists - at least not until there are some big new games. Older kids that can play the first person shooters would appreciate it, but again those are all out on other systems. Plus let me tell you how much fun it is to have children trying to use the voice controls at the same time. For some reason this one just sticks out to me more as one that the company paid a bunch of money to get it on the list. I’m not sure why. 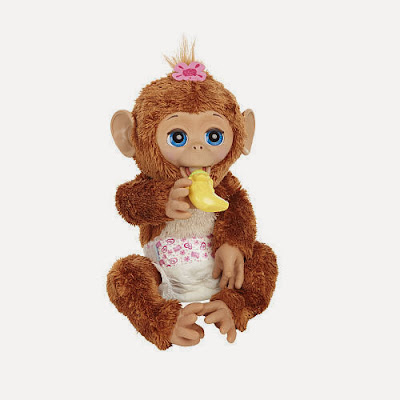 FurReal Friends Cuddles My Giggly Monkey Pet
This is another I had never seen or heard of but I stopped when I went to its page. Look at that face. That will not be coming into my house. 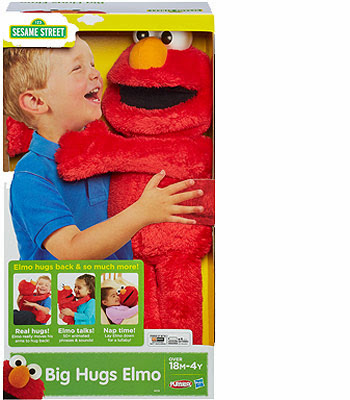 Big Hugs Elmo
Another Christmas, another Elmo. Wait, is Elmo strangling that kid on the box? So this Elmo has electronics that let it “hug” your neck. That sounds safe. 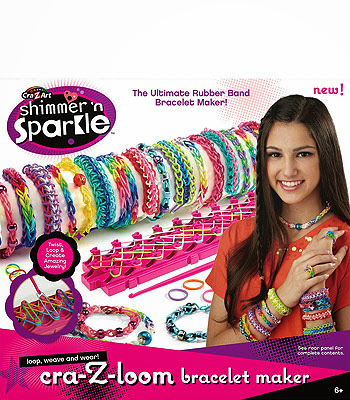 Shimmer n Sparkle Cra-Z-Loom Rubber Band Bracelet Maker
We have this toy. You know what you make with it? A mess. HEY-OOOOO! If you enjoy making friendship bracelets then this is the toy for you. And by you, I mean you. No kid under 10 can do this by themselves so you end up making a bracelet while your kid goes and plays on your iPad instead of the LeapFrog thing you bought. This is another that sneaks into the trash after bed time. 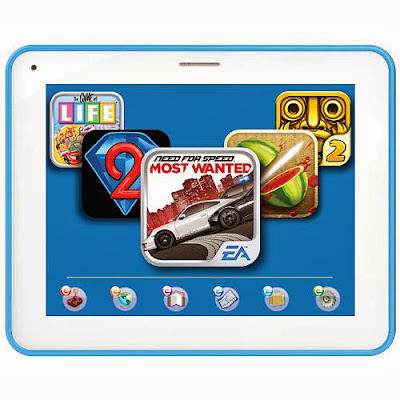 Tabeo e2 8 Inch Kids Tablet
Another piece of junk kids tablet. Seriously, Kindle Fire HD’s go on sale for $99 all the time. Just buy that. You are going to eventually anyway when it breaks down or your kid refuses to play with it because it doesn’t have Netflix. 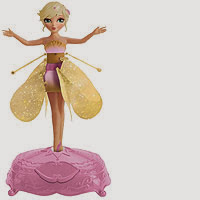 Flutterbye Flying Farie Dolls
Remember those action figures when you were a kid that when you pulled the string they flew up in air? This is like those only electric so you don’t get your hand pinched when the rope pulls in. God did that hurt. These are also great for shooting at your siblings. 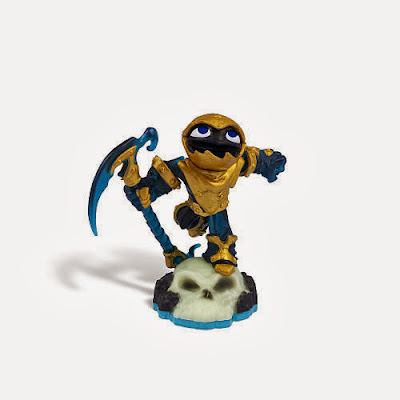 SkyLanders Swap Force
At work, there is no toy I have heard about more that this. If you don’t know, SkyLanders are little figures that you put on a base who then show up in a video game. The new twist is that you can mix the parts on the figure to get different powers in the game. I’ve played this game a lot and I have to say it is really fun and even young kids can play it. A warning though: To get all the figures you need to start from scratch you are looking at spending least $250.
So those are the top fifteen toys. A couple of big toys I noticed that were not on there: 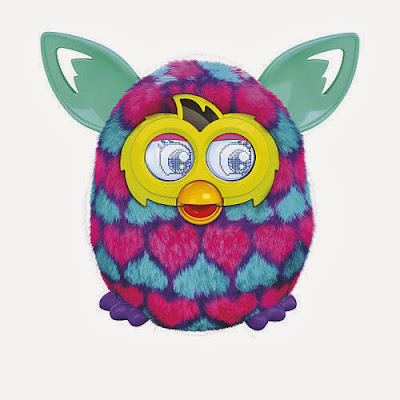 -Furby Boom - All my kids want this thing. I’m still unsure what a Furby does except apparently steal government secrets. My kids are getting these and I am not looking forward to hearing them. 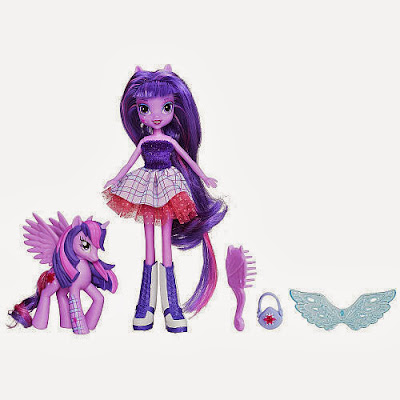 -My Little Pony - This show and the merch are huge. They have even put out dolls like Monster High called Equestrian Girls that are everywhere. 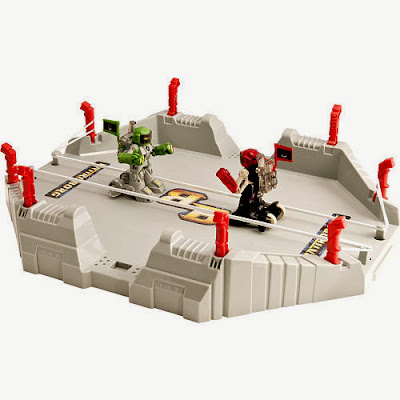 -BattleBorgs - One of the boys is getting this for Christmas and I can’t wait. They are like Rock ‘Em Sock ‘Em Robots controlled with Wii controllers. They look super fun and I can’t find the individually packed robots anywhere now.
Its interesting to see what isn’t included on this list. For one, there are no traditional action figures. Gone are the days where these list’s were populated by He-Man, Star Wars, and GI Joe. There also aren’t any superheroes. First the comics and the movies went to the adults. Now with price of action figure’s prices going up and up it looks like that’s where the toys are going too. In fact there isn’t a big traditional “Boys” property on there at all. There also doesn’t seem to be one big toy that is in short supply this year. I’ve see all of these toys on shelves multiple times (except for that monkey, I’m not looking for that), so it looks like we are going to be denied a holiday season of parents out to kill over a doll grown from a vegetable.
Now I’m going to buy me one of those farting dogs.
Posted by Phantom Troublemaker at 12:16:00 PM