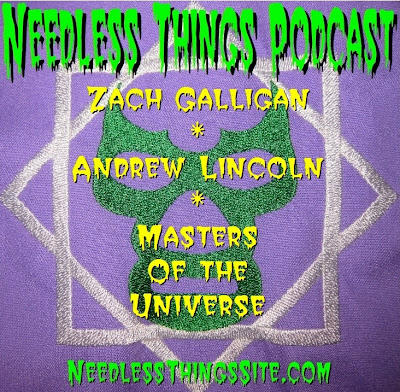 Time to put together all of the stuff that I didn’t know what to do with and stick it in a podcast! I had two episodes that didn’t work out right at the end of the year, so I need to use up that storage space I’m paying for.
I have two recordings from Walker Stalker Con that never made it onto Needless Things. The first is an interview with Zack Galligan that was too short (not at all his fault) and the second is a roundtable interview with Andrew Lincoln that I didn’t put up because there were nine other people involved and I figured they’d all put it up in bigger media outlets than I had access to. But now I feel kind of bad about not posting it (or about reviewing the Con, which was actually pretty great) so here it is.

Finally, Beau and I did an audio review of the Masters of the Universe Jet Sled. It went on too long and I didn’t think it would make a very good episode by itself, but after going back and giving it a listen I do think it’s fun. Not something we’ll likely do again, but fun. Check out the plethora of pics below and follow along!
Give it a listen and throw in a few bucks if you want to help pay the bills!