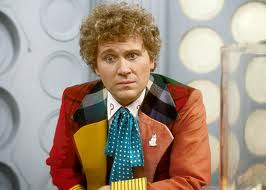 I wasn’t going to post anything today since not only is it a holiday, but it’s one I am not particularly fond of. But then it occurred to me that it might be fun to come up with…
A LIST.

I find list posts to be the second weakest form of content on the internet; with the only thing worse being those sites that consist of nothing but links to other sites. Don’t get me wrong – I get that those kinds of sites are quite popular and that format lends itself to the zero-attention-span world that we live in. But I am very proud of Needless Things’ format of original content five days a week.

Sometimes, though, lists are called for. Like when I, personally, am tapped out for Doctor Who-related posts and want to save “Howdy” Mike Gordon’s post for the big finale tomorrow.

So here is a list of Doctor Who things that I am thankful for:
That’s all I got, Turkeymaniacs.