Whoniversary: Phantom Who – The 50th Webisodes 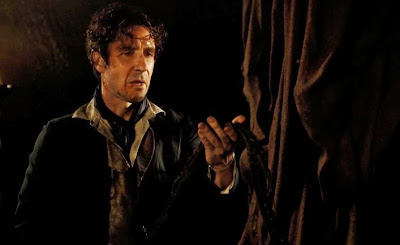 I feel a weird sort of pressure writing about the 50th Anniversary special. I already discussed it with the ESW crew at the TimeGate celebration, but I wasn’t entirely comfortable doing it then. I don’t like critiquing a Doctor Who story after a single viewing, but I had no choice in the matter. “The Day of the Doctor” ended at 4:10 and our panel was scheduled at 5:00. That barely left time for me to get from the house to the Holiday Inn, let alone fit in a second viewing. I almost didn’t even have time to stop by the hotel bar and grab a drink.

Oh, and that panel is now LIVE as Episode 55 of Earth Station Who!
I did have the opportunity to watch it again later that night with a ballroom full of Whovians and I have to say it made a big difference. I still had some of the same minor issues, but it was so much more fun watching in that environment with that many people reacting to the same big moments at the same time.

Email ThisBlogThis!Share to TwitterShare to FacebookShare to Pinterest
Labels: doctor who, Earth Station Who, TimeGate, Whoniversary