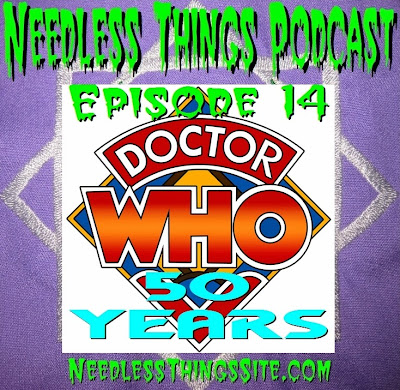 If you haven’t managed to pick up on it in the last two weeks, I am a huge Doctor Who fan. A Whovian, as it were.
I’ve only recently accepted that word as a self-descriptor. I first heard it on PBS back in the 80s when they were showing “Trial of A Time Lord” in the midst of one of their famous pledge drives. The host used it in a manner that I was too young to recognize as pandering and perhaps even slightly condescending and I am only recalling this just now as I write these words. He would say things like, “I know all of you Whovians out there are going to want one of these BBC licensed Doctor Who canvas tote bags!” in the same manner that he might have said, “I know all of you lepers out there are going to want some of these bandages!”
But I don’t think my distaste for the term came from the host’s delivery. I’ve never been a fan of cutesy little fan words like that. I don’t care for “Trekkies” or “Trekkers” or “Deadheads” or ”Parrotheads” or any of that. I think my issue comes with defining yourself within the constraints of one particular fandom. Or something. I dunno.
Sorry – I kind of rambled there. It’s early in the morning and I haven’t had enough sleep probably since September.
So anyway, I have finally accepted the practice of identifying myself as a Whovian. As such, I wanted to do a special Needless Things podcast for the Fiftieth. As much time as I spend with the Earth Station Who crew talking about Doctor Who, we don’t often get to just wander off into organic conversation land. Our episodes are focused and have a time limit, so we discuss the story at hand and move on. I wanted to do something different.
I have never really gotten to talk Doctor Who with my co-host, Mr. Beau Brown. I wanted to do that. I’ve been bugging Dana Swanson to come on Earth Station Who for months now. And my good friend and Needless Things contributor Beth V has been a Whovian even longer than I have, but the subject had never really come up because we were hanging out in the Wilderness Years. So a conversation needed to be had with all of these folks, and it needed to be recorded.
This one goes a little long, but it’s all Doctor Who and it’s four people having a great time and a great conversation. I didn’t discover until after it was over that
I was thoroughly shitfaced, but I don’t think it really shows up in the recording. You be the judge and let me know:
“Procrastibate” by LeSexoflex.com
“Doctorin’ the TARDIS” by The Timelords
-Phantom
The past two weeks here on Needless Things have been dedicated to Doctor Who. We had Guest Posts, Toy Reviews, and more. We had a ton of content with lots of different viewpoints and I think one of the better themed projects we’ve done. Go back through and check everything out and share the ones you like on the social media. And if you’re so inclined, throw a few dollars at the Needless Things family. This is all out of pocket for me, so anything I receive during this time will got to site costs, hosting, and possibly new merchandise if I get really ambitious. Blogger doesn’t facilitate any sort of fundraising, so GO HERE and click the PayPal box to the right.

Also, you can buy the Limited Edition NeedlessThingsSite.com Luchador vs. Owlbear t-shirts here. I can’t say they’re selling fast, but once this style is gone, they’re gone forever. And I do intend on being famous one day, so wouldn’t it be cool to have the first shirt I ever designed?

Finally, be sure and come out to the HUGE 50th Anniversary Party that TimeGate, Earth Station Who, and the folks behind The Forgotten Doctor are throwing at the Holiday Inn Select; the same location where TimeGate is held each and every year. There will be panels, games, Whovian carousing, and a LIVE recording of Earth Station Who immediately after “The Day of the Doctor” airs. You will literally never have another opportunity to attend a party like this!
Posted by Phantom Troublemaker at 7:45:00 PM