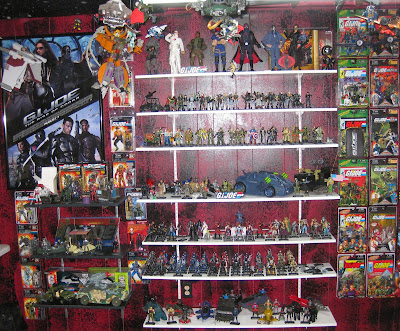 After Dragon Con I was contacted by a newly-minted Phantomaniac about toy collecting. They wanted to know how to start and get some tips about maintaining a collection. I was happy to help. Partially because I’m a nice guy, partially because I was flattered that anybody would come to me for advice about anything, and mostly because I thought, “Holy shit – that’s a great idea for a post!”

So I cranked out a couple thousand words and warned this person that while they got first dibs and a slightly more personalized article, I would be posting this thing come November. It was just too perfect a pre-Christmas post to not use.


I don’t want to get overly complicated about something as trivial as toy collecting, but I am sort of a toy nut and I probably will. There are a number of things to consider when you’re looking at starting or expanding a collection and I’ll do my best to cover them without getting too ridiculous.

I’m going to use GI Joe as an example because everybody is familiar with it and likely knows enough to get broad references. I’ll discuss pros and cons of some other lines, but I think using GI Joe will easily illustrate some of the major points about collecting. There are a lot of different GI Joe lines, and you’re going to want to take a look at a few things before you jump into one:
How much space do you have for a collection?
What is your monthly budget for collecting?
What price range are you comfortable with for various items – individual figures, vehicles, playsets?
Are you collecting loose or mint-in-package?
How patient are you?
Will you be completists or will you pick and choose your favorite pieces?
Will you be collecting any other lines or is this it? 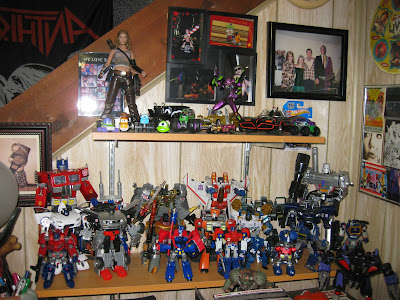 How much space do you have for a collection?

This can help you determine which line to collect and also how you want to collect it. Most of the Joe lines are around 3 ¾” scale, so they don’t take up too much space until you get into vehicles or full collections. You’ll also want to consider how you display your toys. My favorite method is to use the kind of shelves that use brackets mounted on the wall and can be adjusted.

There are many different sizes and finishes of these available at your local hardware store. Over time you can expand the number of shelves you have or adjust them to suit a different toy line. Some folks prefer glass cases or standalone shelves. IKEA has a fairly good selection of both types that are fairly inexpensive and can often be altered to suit your needs. The big advantage of glass is that it keeps the dust off of your toys.

More often than not, though, collectors start off just putting figures and toys wherever they can in their current setup, so don’t stress too much about buying a bunch of new furniture. There’s plenty of time for that when you get really obsessive.

What is your monthly budget for collecting?

This is probably the most important question and one that you need to figure out realistically and stick to. Look at all of your mandatory expenses – food, lodging, gas, necessities like clothing – and determine how much you can really spare each month to go towards collecting. Remember – you don’t have to spend that much every month. You can bank whatever you don’t spend towards the next month and beyond. But never go over budget. And make your budget flexible. If you get a raise, a new job with a different salary, or have unexpected expenses be ready to adjust your toy budget accordingly for however long is appropriate. 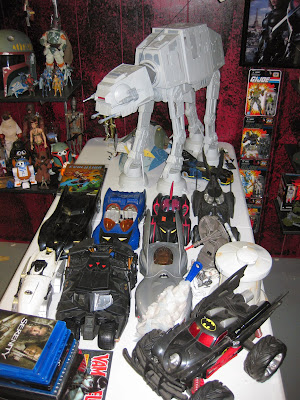 What price range are you comfortable with for various items – individual figures, vehicles, playsets?

This is very important. Take a look at different lines and what they are selling for. Do this by searching eBay for Completed auctions, not Active ones. This will show you what items are actually selling for rather than what sellers are hoping to get for them. This is basically just deciding what your ceiling is for things. Are you comfortable paying $10 for a 3 ¾” figure? Or is $20 your upper limit? Then there are all of the different sizes and ranges of vehicles and accessories. 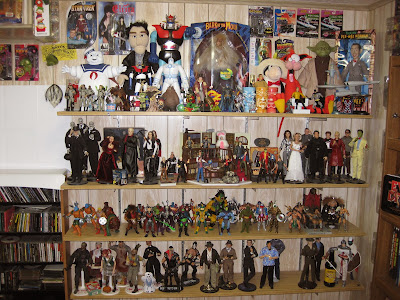 Are you collecting loose or mint-in-package?

This will have a huge impact on not only what you collect and how much you spend, but also on how you display your toys. Packaging takes up a lot more space and tends to be a bit more difficult to balance (visually) than loose toys. But the main issue is that collecting mint-in-package (MIP) brings a whole new range of considerations – how pristine do you need that packaging to be, are reissues with different art okay, does it need to be sealed or just closed? Also, MIP is obviously more expensive to collect. But at the same time, when ordering online there is less concern about the condition of the item (though if you’re leaving it in the box, does it matter?).

How patient are you?

This mainly has to do with price and availability. When you see an item you want, do you have the discipline to wait for the price you want or are you going to have to buy it immediately? When collecting older lines, you have an advantage in that there is a set supply and most of it is out there waiting to be bought. It might not always be available, but it’s there and you can usually get a fair price if you’re willing to watch and wait.

With lines that are still in production (meaning you can walk into Target, Toys R Us, or Walmart and buy them right now) you never really know about the supply, distribution, and demand until after an item has been out for a while; and by then it might be too late to obtain it for a reasonable price. It can be very frustrating keeping up with current lines, but also a fun challenge. You have to determine how much the hunt means to you. But at the same time, if you are patient, you can often find modern items that had a high demand a few months prior for very reasonable prices.

Will you be a completist or will you pick and choose?

Do you have to have every single item from a line? You’ll have a great advantage in both budget and sanity if you can simply pick and choose your favorite items. But if you have to have it all, be prepared to spend a lot more time planning and budgeting so you can figure out when and how to buy those higher-dollar items. In the end, though, you’ll have a complete set of whatever it is that you can be proud of. 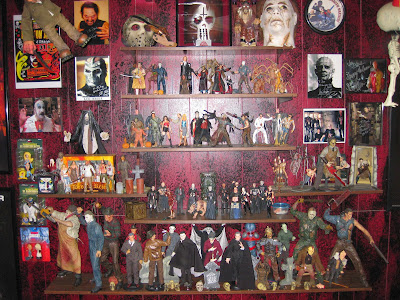 Will you be collecting any other lines or is this it?

I strongly recommend you stick to one line, at least to start. This will help with budgeting and it will also keep the collecting habit from getting out of control. Also, if you’re just starting it will give you the opportunity to learn about the hobby while focusing on one lien rather than going nuts trying to keep up with prices, availability, and stock of several lines.
Okay, so those are the big points to consider.

Sticking with GI Joe for now, the main options are the vintage 80s figures, the reissued line from the early 2000s (I think – I can’t remember off the top of my head even though I have almost all of them), and the modern line that is still in production; which is typically referred to as “25th Anniversary” style.

The original Joes are the simple little guys with 10-12 points of articulation (joints) and usually a couple of weapons. They aren’t horribly pricey for vintage 80s toys because there are a lot of them. You will have to spend more for specific figures, but most of the heavy hitters were released multiple times. The vehicles can be a little trickier, but for the most part are still easier finds than almost any other 80s line.

The reissues might be the easiest to get into. They’re basically the same as the 80s Real American Hero stuff. I’ve never looked into it, but I know they were plentiful and they came at a time when everybody was collecting toys and keeping them in the package because they had the foolish notion that they were going to be able to put their kids through college.
Side Note: Don’t develop that notion.

The modern stuff can be dirt cheap and insanely expensive. There is so much of it and the distribution and production varied wildly from series to series. These are scaled slightly larger than the other two I mentioned and feature a huge amount of articulation, very detailed sculpts, and TONS of accessories. These Joes are truly some of the best American action figures that have ever been made (in China). If you have a group of core characters that you care about you can probably manage this one. But keep in mind – they’re still making them. That means that the Snake-Eyes you buy today may end up being obsolete within a couple of months (this has happened to me many times because I can’t very well not buy Snake-Eyes).

And then there are other lines you could consider.

It might not be a bad idea to start with some pieces from a vintage line that is slightly more self-contained. The Inhumanoids is a personal favorite of mine that has a relatively small number of releases, is visually impressive, and died almost thirty years ago; so there won’t be any more to buy. The figures aren’t horribly expensive or hard to find (compared to some other lines).

Centurions, Air Raiders, Sectaurs, Visionaries, and Supernaturals are some other niche/cult lines that are really neat but won’t break the bank. If you want to avoid eBay and want to deal with somebody who will enthusiastically track down any toy you want in any condition, e-mail Billy (address). He supplied all of the vintage toys for my action figure panel on Saturday at Dragon Con.

If you’re looking for Christmas gifts for a collector I’d say the bare minimum for whatever line you decide on is one good guy, one bad guy, and at least one boxed item (vehicle or playset) that needs to be opened and assembled. I don’t care how old you are – getting a new toy that you have to put together on Christmas Day is the best fucking thing ever. Do you know why my son gets all the coolest toys on Christmas? Sure I love him and sure I’m an awesome Dad. But I want to open toys and put them together. That is a base male instinct that never goes away.
In my personal toy collecting career I have heeded very little of the advice I just laid down. But I believe my years of collecting in the way that I have make me uniquely qualified to advise somebody just starting out.
If you have specific questions you want answered you can message me on Facebook, comment here, or shoot me an e-mail at phantomtroublemaker (at) yahoo (dot) com. Remember – this whole article came from one Phantomaniac’s question. Don’t be afraid to ask. I might end up getting a whole post out of it.