“…”
Just like many Whovians, I am suffering from Angel fatigue.
I mean, the whole hunky, sultry vampire with a soul thing. And what’s up with that hair? Are you seriously telling me that a demonic creature of the night gets up every evening and spends half an hour with a can of mousse? The guy totally knows how to dress, though.
Haha! Just a little cross-franchise nerd humor there!
Of course, I’m actually here today to talk about an entirely different sort of Angel!

Okay. That’s enough.
For real – who cares if they ever see another Weeping Angel again? Show of hands.
That’s what I thought.
And the thing is, I have liked every story they’ve been featured in. They’re all good. Yes, I could have done without the redonkulous Statue of Liberty angel, but everything else has been quite good. I think it’s actually their rampant popularity that has me a little burned out. These Moffat-minted villains (that I’m surprised haven’t been retconned into the reason the Doctor originally left Gallifrey) have been Christmas ornaments, t-shirts, action figures, stuffed animals, hats, and toilet paper: 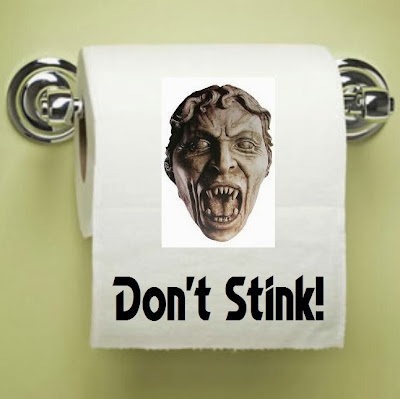 Okay, I made that up. But what really put me over the edge was discovering that rather than depicting the Second, Fifth, or Sixth Doctors on a series of Halloween masks, they chose to make an Angel. Dammit. That was just a step too far.
I loved the Angels initially though. I bought the first Angel figure that came out and was pleased enough. Then Underground released that Pandorica set where you had to buy an Angel. And it wasn’t a great one. Or at least, it wasn’t different enough from prior releases that I would’ve bought it if I hadn’t needed it to build the Pandorica. And I would have bought several Angels if they had been produced with varying sculpts and facial expressions.
And now I’ve had to buy another. I mean, I didn’t have to, but it was cheaper to go ahead and order the full set of new figures than to buy everything separately without the Angel. And the thing is, the Angel shouldn’t even be in this set.
The first series of figures in this new scale consists of: The Doctor in his new purple coat, Clara, the new style Ice Warrior, the new style Cyberman, a Davies Dalek, and this Angel. All of the other characters are from season 7.5, but that Angel? Not.

First Glance: This is about as boring as a Weeping Angel could possibly be. No angry face, static pose, and even the arms are positioned as if to say, “What do you expect? I’m a friggin’ statue.”

Articulation: There honestly wasn’t much point in articulating this thing since it is clearly intended to be an Angel in its neutral state of inaction. But they did.
Head – swivel
Shoulders – ball joint
Waist - swivel
Unlike the wings of the larger, 5” scale Angels, the wings on this one are not articulated.
The joints all work just fine. Whoopee.

Sculpt: I may not be excited about owning this figure, but I can’t complain about the accuracy and skill of the sculpt.
The head looks great. The hair is nicely detailed and the face – despite being boring – is actually one of the best I’ve seen on an Angel.
The tunic drapes nicely and has tons of fabric detail – lots of wrinkles and folds. I like how the upper portion hangs over the lower portion at the waist joint, suggesting a belt.
The proportions are good on this figure. It looks right.

Coloring: I don’t think that the stone is a paint job. I believe this figure was molded from a plastic with all of that flecking and everything in it. But I’m not positive. Either way, it looks great. Very statue-y.

Flair: The wings are separately molded but permanently attached pieces with no articulation. The feathers might be a bit bigger than I would like, but they look fine.

Accessories: It wouldn’t have made any sense at all to include an interchangeable scary head and grasping arms, would it? No, instead let’s be sure and throw in a stand for a figure with a gigantic, thick base that will never under any circumstances fall over.

Packaging: A simple blister card. The packaging is exactly the same across this line except for the insert in the bubble. It’s eye-catching and easy to open.
Value: I think these worked out to about twelve bucks apiece, which is absurd. This is a seven dollar toy at best.

Overall: This figure is actually quite well done. If you want an Angel in repose, or maybe just need an accessory for your diorama of the chapel in the PIT – GI Joe’s headquarters – then by all means buy this thing. Or buy mine. I don’t want it.
4 out of 5
I really don’t know if these will show up at brick and mortar retail or not. You can buy them from pretty much all of the online toy stores, though.
-Phantom
This week here on Needless Things will be dedicated to Doctor Who. I have Guest Posts, Toy Reviews, and more on the way. The site will be jam-packed – relatively – with content. Please share these links wherever you can and spread the word. And if you’re so inclined, throw a few dollars at the Needless Things family. I have to send you to the podcast homepage because Blogger doesn't want this sort of thing. Just check out the widget on the bottom right here.This is all out of pocket for me, so anything I receive during this time will got to site costs, hosting, and possibly new merchandise if I get really ambitious.


Also, you can buy the Limited Edition NeedlessThingsSite.com Luchador vs. Owlbear t-shirts here. I can’t say they’re selling fast, but once this style is gone, they’re gone forever. And I do intend on being famous one day, so wouldn’t it be cool to have the first shirt I ever designed?


Remember to check in every weekday between now and the 23rd for new, original content.


Finally, be sure and come out to the HUGE 50th Anniversary Party that TimeGate, Earth Station Who, the folks behind The Forgotten Doctor, and (others) are throwing at the Holiday Inn Select; the same location where TimeGate is held each and every year. There will be panels, games, Whovian carousing, and a LIVE recording of Earth Station Who immediately after “The Day of the Doctor” airs. You will literally never have another opportunity to attend a party like this!