Best Cartoon Ever (of the Month) - BraveStarr by Kalan 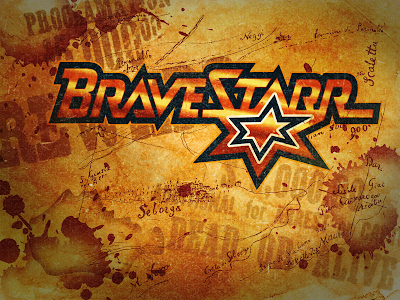 As a lot of us in the cartoon world know, we lost a monolith in our community last month with the passing of Lou Scheimer. No one lives forever, but leaving behind a body of work as impressive as Scheimer's is something to be recognized. If I could accomplish even slightly what that man did, I would be on good terms with my own mortality. So many people my age and older (because I actually came in towards the “end” of his career) will always have a special place in our hearts for his creations. I just wanted to preface this month with a tremendous “thanks”, to Lou Scheimer and his family, for making my childhood cartoon watching as awesome as it was. That being said....


Howdy there partners! I reckon y’all ain't from 'round these parts. It's a rough and tumble world and it is definitely not for the weak of heart. Them outlaws are mighty ornery and after your mining claims! There's a whole host of wily critters a'headed for those hills that are glistening with Kerium. Luckily for you, there's a law man in town who knows how to round 'em up and ride 'em out!

Normally, I'm not a huge fan of westerns, but this one takes place in space, so yeah, I'm in. The tag line sums it up very well, “We needed a hundred lawmen to tame New Texas. We got one. You know something? He was enough.” Welcome, partners, to the 23rd century on the planet New Texas, just a mere 600 parsecs from Earth for this month's Best Cartoon Ever (of the Month) – BraveStarr! 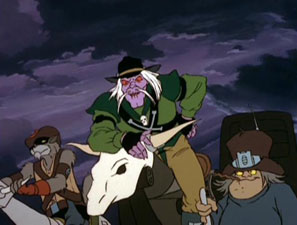 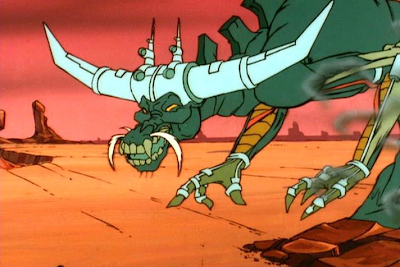 I usually start off with the good guys, but this time we're going to meet the main bad guy first. Tex Hex was originally slated to be on Filmation's Ghostbusters show, but Scheimer apparently thought he deserved his own feature – whaddya know, Scheimer had another great idea! To best describe this fella, I would say he is a mutant wizard space ghost. Yeah. That's as accurate as I can get. As in several other notable Filmation series, both the heroes and villains draw their power from a mystical source. Tex's comes from Stampede – a demonic space dinosaur, specifically he's a Broncosaur. The main motivator for our antagonists is a substance called Kerium. It's a mineral that lends to the Old West gold-rush feel of the show. “He who controls the spice controls the universe” is also applicable to Kerium in this world, so it's a cutthroat market.

For the side of good this month, we join the ranks of Marshall BraveStarr, Thirty-Thirty, and deputy Fuzz. BraveStarr is by far my favorite of the somewhat politically correct Native American heroes of the time. He was raised by his guardian, the Shaman who lives atop Starr Peak, wherein both Shaman and BraveStarr draw their powers. Speaking of powers, and true to his Native American heritage, BraveStarr has several spirit animals that grant him special abilities. They're self-explanatory; Strength of the Bear, Eyes of the Hawk, Speed of the Puma, Ears of the Wolf. Thirty-Thirty is a special race of horse-like robotoid – he can transform between running on all fours, as a steed for BraveStarr, to walking upright on two legs to fire his bad ass shotgun Sarah Jane. Fuzz is one of the most annoying creatures on the show and while he has a lot of appearances early in the show, he kind of drops off towards the end enough to make the show much more tolerable. There are several other prominent “good guys/gals” but these three are our main heroes. 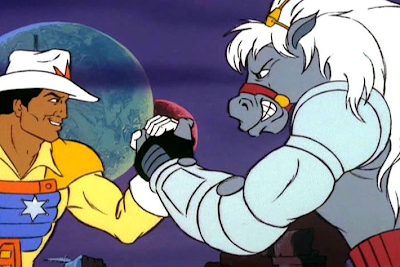 There is a multitude of “critters”, both good and bad. My favorite of which are the Krang, a race of panther-like humanoids. In addition there are Dingos/Coyotoids, Equestroids (Thirty-Thirty), Fuufta (very meek Sheep people, haha, by definition, sheeple), Prairie people (Deputy Fuzz), Sand Walrus, Reptillianiods, Rigellans, and Solacows.

We have several of my favorite voice actors. Charlie Adler (Transformers, among tons of others), Pat Fraley (TMNT), Ed Gilbert (Transformers), Alan Oppenheimer (Skeletor and others on MOTU plus tons of other Filmation shows), and our main man Lou Scheimer shows up a lot. Susan Blu (Transformers and Jem) covers almost all the female roles, whatever she didn't do, Scheimer's daughter Erika did. 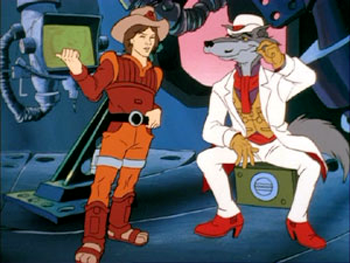 As with Filmation's other shows, this one always comes with a moral. There are some fairly risky lessons we learn thanks to BraveStarr that don't really ever come up in other cartoons of the era. One of Tex Hex's cohorts, Skuzz, is a heavy smoker. He does his little bit about how bad smoking is, but he keeps smoking. Another, very traumatic, lesson BraveStarr tackles is drug use. While this is a relatively common theme for kids shows, no one ever really goes off the deep end, much less dies. In BraveStarr's A Very Special Episode “The Price”, a young man gets turned onto a hallucinogen comparable to LSD called Spin. He spirals out of control pretty quickly, stealing his mom's purse and hitting up friends for Kerium to give to his dingo dealer (image above). Unlike any other Very Special Episode I know of, this kid actually overdoses. It's really a mind-blower. 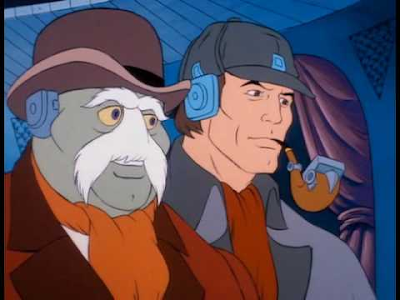 By far the best episodes of the show are “Sherlock Holmes in the 23rd Century Parts 1 & 2”. These two episodes are absolutely phenomenal with their incorporation of the classic Sherlock stories with a steam punk setting. There is a little mixing up, for creativity-sake. Mycroft Holmes is no longer Sherlock's brother, but rather his niece. A similar gender switch liberty was taken with Inspector Lestrade. Normally, completely changing gender and relationships to such a character as Sherlock Holmes would send up my nerd flags, but these two ladies are more than just smokin' hot, so I'm okay with it. The episode starts off with Holmes plummeting off Richenbach Falls. Moriarty sees Holmes take the plunge and creates a suspended animation chamber to meet up with his rival. Unbeknownst to Watson (replaced in the future by Whitson), Holmes is sucked into a time warp to the 23rd century – enter BraveStarr. Our protagonist comes to Earth in search of a star-child named Fleeder. This kid has a hypnotic voice and was on board a stolen Kerium freighter. In the future, music has come a long way. No more Miley Cyrus and One Direction (I'll pause here for the great sigh of relief you must have). Instead we have Hypno-Rock (“strange music, illegally changed electronically to make it hypnotic”) and the leading band in this genre is Dischord. Luckily, there's a battle-of-the-bands type contest on Earth and Tex Hex pairs up with Moriarty to rule the world, with the forced help of Fleeder. There is such a great payoff for this story, and you just need to see it.

If you're looking for a spectacular show with impressive story lines, look no further. While it may take a little while for you to get into the show, it's definitely worth giving it a fair chance to impress you. There are only 65 episodes, so it's not overwhelming but very nicely developed. Of all the space westerns out there BraveStarr is tied for my first place spot. Again, I can't extend my gratitude to Lou Scheimer and Filmation enough for having such a profound influence on my childhood, for having a rather critical impact on me during my developmental years. 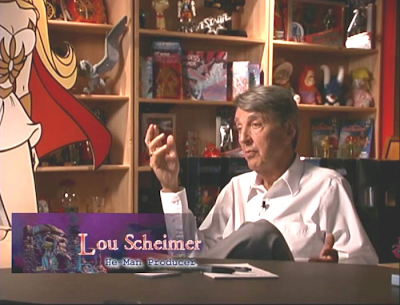