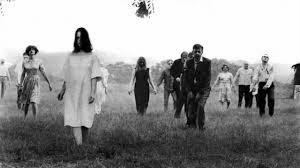 I never ever ever ever ever thought that I would say this, but I'm kind of getting bored with zombies. I hate myself just a little bit for even putting it into writing. I mean, I've loved zombies since the first time I saw Night of the Living Dead oh so many years ago. I was instantly hooked, and watched every zombie movie I could find from then on.


The hit or miss Italian films, the dark times of Return of the Living Dead (they were at least funny), even Day of the Dead despite how boring I thought it was (sorry George). When Shaun of the Dead seemed to be reviving the genre in a fresh direction I was thrilled. Fido, Dead Snow, Juan of the Dead – all good zombie movies. I even liked the Dawn of the Dead remake despite all of my purist husband's objections, and my own general aversion to fast zombies. All that goodness was tempered with crap like the increasingly stupid Resident Evil movies, Diary of the Dead (sorry again George), and American Zombie. Then we go a level deeper into hell and find Zombie Apocalypse, House of the Dead, and Rise of the Zombies. That one was probably what pushed me over the edge. It “starred” Danny Trejo, LeVar Burton, Mariel Hemmingway, and Ethan Suplee. You will never find a more random cast. To be perfectly honest it was so bad that I couldn't even finish it. But at the ¾ point where I think I turned it off Ethan Suplee was still alive somehow. I've said it before, and I'll say it again – my suspension of disbelief can only go so far. No way that guy outlives Danny Trejo when the zombies come looking for lunch (sorry if I spoiled that for anyone, but you shouldn't waste your time watching that nonsense anyway). I still kind of want to see Retarded even though I know it's going to be bad, but I'm just the kind of asshole who would find that sort of thing funny. For like, five minutes.

But of course, as I'm writing this I'm watching a Mythbusters Zombie Special. There's also a spanking new zombie book on my kindle, and I just finished another playthrough of Left 4 Dead 1 and 2. The irony (or hypocrisy) isn't lost on me. Maybe it's not the zombies I'm sick of. It really seems just to be the zombie movies. If I may get a little “cranky old lady” for a minute (and since you can't stop me I'm going to pretend like you gave me the okay and just say whatever I want) – things were different when I was young. Back then if a style, theme or particular monster became popular people just enjoyed it and called it a day. You might get a knock off here or there, but it was a lot harder to mass market movies back then. Now any idiot with a few friends and a digital camera rips off the popular thing and gets it crammed onto SyFy or Netflix as fast as they can. I watched about 30 seconds of a movie that looked like it was filmed with the VHS camera my dad used to shoot home movies on in the 80's. Dawn of the Dead remake do well? Let's grab Ving Rhames and remake Day of the Dead too. People liked Abraham Lincoln killing vampires? Let's have him kill some zombies. And the second you dare to give one of these film school projects gone awry a chance Netflix starts recommending countless other failed film-making attempts to you. For simply watching Resident Evil last week (which I guess counts as bad even though I like it) Netflix thought I should watch Tales From the Crypt: Demon Knight, Gangs of the Dead, and The Core. Not really sure how that last one fits into there unless Netflix knows that I have the humor level of a pre-pubescent boy and laugh like Butt-head every time I hear the names Swank and Tucci together (I just did it again). But I have occasionally been led to some good movies through the recommendations. Boy Eats Girl, Rammbock, and Pontypool are all definitely worth watching if you haven't seen them yet. But for the most part zombie movies coming out now are crap, and not the kind of crap that I actually enjoy watching. I have come to the conclusion that it's time for a new movie monster. Trying to decide what it would be was the hard part.

Certainly not vampires or werewolves. I don't care if they ever come back at this point. The last good vampire movie I can think of was The Lost Boys. There may be something more recent that I liked, but since nothing else spring immediately to mind it couldn't have been that good. I guess the Fright Night remake was decent, but a lot of that had to do with the excellent acting of both David Tennant and Colin Farrell's eyebrows. 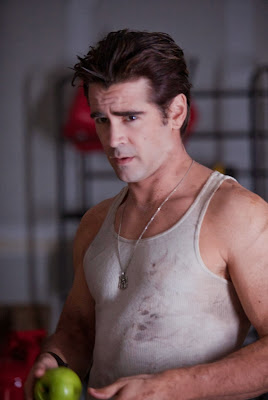 Dudes took over vampires and werewolves with Underworld (admit it, you only like it because of Kate Beckinsale in skintight vinyl), and the kids took them from the dudes with Twilight. They can keep them for all I care. Until I can think of vampires as something other than a sparkly Robert Pattinson they are done for me. So vampires and werewolves are right out.

I briefly toyed with the idea of Mummies or Frankenstein monsters, but they're really glorified zombies when you get right down to it. Mummies are just zombies wasting gauze, and Frankenstein monsters are a build your own zombie kit. I don't want to rally for change just to throw in more of the same. I'm ready for something completely different.

I had been thinking that the chupacabra might be ready for a chance, but the horrible Chupacabra Vs. the Alamo dashed my hopes entirely. Bad CGI and Erik Estrada's acting killed them before they even got off the ground. Sad really, because I thought they had a lot of potential.

Sea monsters? Killer Pandas? My Neighbor Totoro on a child squashing rampage? Nope, nope, and (I'd love to see that) nope.

So my personal pick for the next big movie monster is...the Sasquatch. Or Yeti, Bigfoot, whatever you want to call them. I know that there have been movies already, but I haven't seen anything good or bad enough to remember recently. That means that they are prime for a comeback in a big way. There's so many scenarios you could use them in too. One could terrorize teens out on an “innocent” camping trip, or several could attack an isolated mountain town during some sort of freak storm, or a group of Yetis gang up and take down a Tibetan temple (those peaceful ass monks have been asking for it for years). They could be extra huge with enormous claws to rip out throats in one swipe. There could be a giant herd of them destroying the upper northwest (don't look so surprised Idaho). Abominable Snowmen could fight polar bears, and kick over igloos. I can't think of any movies featuring an all Eskimo cast so that would be a big first (and go a long way towards convincing my husband that Eskimos aren't just Latinos in fur coats). The possibilities are, if not endless, at least numerous. 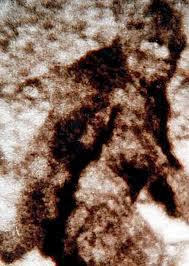 So there you have it. Sasquatch is the next movie monster. I've got it in writing now so it's a done deal. Get on it Hollywood, or Toronto, or idiot with a few friends and a digital camera. But probably not him. He's still busy making unwatchable zombie movies while the rest of us are moving on.


Phantom Troublemaker vs. 31 Days of Halloween
I’m changing the format a bit this year in order to more accurately portray SyFy’s schedule and also to preserve my sanity. I had the genius idea to cut and paste the schedule directly from SyFy’s page rather than typing it out in my own format. This has saved me an awful lot of time and also means that individual episodes are listed rather than blocks of programming like previous years. So what I’m going to do is provide commentary where I feel it is needed rather than posting next to every single entry. Don’t worry – you’re getting the same amount of hilarious, then kind of funny, then labored, then thoroughly disenchanted Phantom content. Just in a different way.
Like last year, I am covering the programming from the time this posts until the time of the next post. That means that on Fridays you are going to be treated to a shit-ton of this stuff.
Let’s do it!

I’m still disappointed that this movie featured a single monster rather than an ark full. It isn’t really a bad movie, but they should have called it Ark With One Monster Inside, So Don’t Get Your Hopes Up. The only time I have been more disappointed by the monster-related content of a movie was Monsters. I am not excited about that dude directing the new Godzilla movie.

If Vince McMahon had a brain in his head he’d be featuring El Phantasmas, Professor Morté, and the creatures of Monstrosity Championship Wrestling on this edition of Smackdown and Monday’s RAW.
Oct 25 10:00 PM Haven Lay Me Down

Oct 26 05:00 AM Deals From The Darkside Titanic Deck Chair

Oct 26 05:30 AM Deals From The Darkside Houdini Handcuffs

I won’t be up, but I’d watch this if I were. I’m a sucker for Houdini stuff.

In this episode, Tracy Morgan shows unwilling victims his collection of home movies.

Did I already make my annual joke about boning Charisma Carpenter?

Not a horror movie. Not bad, but not good.

It’s time for a ZOMBIETHON! I haven’t actually seen Zombie Apocalypse, but I bet it isn’t as good as the one we have in Atlanta.

This movie stars Danny Trejo and is absolutely terrible, but in a great way. I enjoyed it.

This is new. I know nothing about it other than I will be recording it for future viewing.

It would be so awesome if this was a movie were based on Sideshow Collectibles’ excellent and strangely abandoned line of sixth scale zombie figures, The Dead:

This is the only movie SyFy is showing all day long that they haven’t already shown this month. It stars Traci Lords as a private investigator who is looking into the kidnapping of a stripper who actually turns out to be an advanced sex robot from an alien world.

I have no idea what this one is about. But I bet it doesn’t have a sex robot.

Here’s a fun activity (since I won’t be commenting on all of these other movies that SyFy has already shown multiple times):

Be guaranteed employment with at least your current salary for the rest of your life?

Oddly enough, I don;t think SyFy has shown this one yet. The remake was okay, but you'd be much better off watching the original. And keep in mind - I'm not one of those "I hate remakes" guys.

Jumpin' Jack-O-Lanterns on a pogo stick. A whole day of Scare Tactics. Come back on Monday to see what I have to say about that.