Normally I keep these Q&As to a reasonable 13 questions, but when I got the opportunity to interview the gentlemen responsible for this coming weekend's huge Walker Stalker Con in Atlanta, I knew I wanted to throw a few extra in. 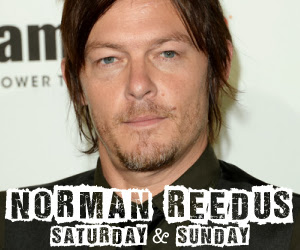 After all – these were tow guys that went from doing a podcast to planning and organizing a three day convention featuring not only the top stars of The Walking Dead, but also a number of luminaries from other parts of the industry – Kane Hodder, Danielle Harris, Judith O'Dea, Joe Lynch, and Giancarlo Esposito. Not to mention Zack Galligan, with whom I conducted an audio interview for this year's episode of Earth Station Boo!
So, without further ado, here are James Frazier and Eric Nordhoff; the men behind The Walker Stalkers Podcast and this weekend's Walker Stalker Con! 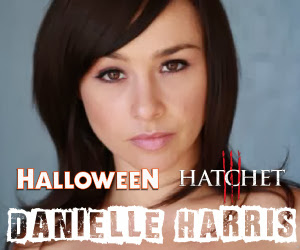 Phantom Troublemaker vs. 31 Days of Halloween
I’m changing the format a bit this year in order to more accurately portray SyFy’s schedule and also to preserve my sanity. I had the genius idea to cut and paste the schedule directly from SyFy’s page rather than typing it out in my own format. This has saved me an awful lot of time and also means that individual episodes are listed rather than blocks of programming like previous years. So what I’m going to do is provide commentary where I feel it is needed rather than posting next to every single entry. Don’t worry – you’re getting the same amount of hilarious, then kind of funny, then labored, then thoroughly disenchanted Phantom content. Just in a different way.
Like last year, I am covering the programming from the time this posts until the time of the next post. That means that on Fridays you are going to be treated to a shit-ton of this stuff.
Let’s do it!
SyFy has given me another easy one. We've got a bunch of stuff that's been hown earlier in the month, so guess what? I'm taking the day off. My back is killing me from jumping out of the ring wrong at MCW over the weekend and I've got a pile of toys taller than a bugbear waiting to be opened.

Here's SyFy's recycled junk for the next 24 hours:

Be sure and come back tomorrow for a very Halloween-centric post. It isn't my usual over-the-top finale, but I had fun writing it. It's one of my overl-long ramblings, so I think you'll enjoy it. Or groan and wait for Friday's post.