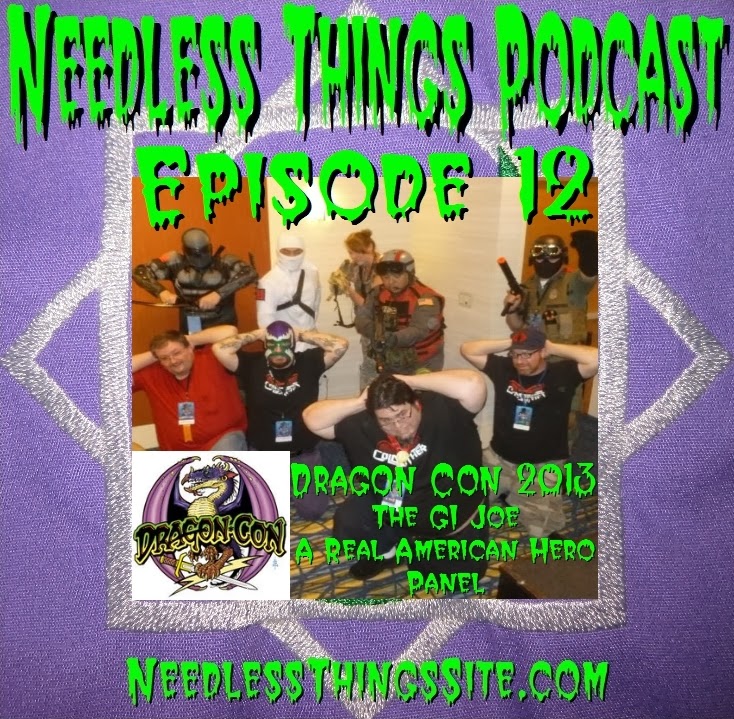 This is the big one, Phantomaniacs.
You’ve heard the action figure panel. That one is really my pride and joy because it is the first Dragon Con panel that I was responsible for. Obviously I love action figures and toys and it was a blast to blather on about them with Gary and Geena for an hour. I’m pretty sure we’ll do it again next year in some form.

You’ve heard the He-Man panel. That one was special because me and Beau got to do our Needless Thing in front of an audience and… sometimes my phrasing is really bad. Gary was with us on that one, too, because Gary is awesome. But the awesomest awesomeness was the fact that we got to talk with William Stout. That made that panel extra special. And I’m so glad I got to record it. I learned my lesson about recording panels after being on a fantastic Elementary panel at TimeGate with (dude) and it having a single shred of evidence from it.
But now it’s time for my passion. It’s time for the panel about the toy line and cartoon and comic book that ruled my childhood above all others. Yes, even above Star Wars.
The GI Joe panel wasn’t technically mine to run like the others, but I felt just as proprietary about it. Much like Beau and the Masters panel, I knew I had a valuable resource to tap for the Joe panel – Gnoll. That guy knows 80s pop culture like you wouldn’t believe. And Hasbro properties are a specialty of his.
Joining us were Award-Winning Bobby Nash and the walking Trivial Pursuit: Nerd Edition known as Gary Mitchel.
There's a bit at the beginning of the panel where we got Storm Shadow together with Snake-eyes and Timber for a picture:

I left the audio in even though you obviously can;t see what was going on because I thought it was fun and those folks were awesome.
Guys – this panel was electric and it wasn’t just us (thought we were probably important). We had an unbelievable audience for this one. Despite the fact that it was 7 PM on the final full night of Dragon Con, the room was packed – literally standing room only – with enthusiastic Joe fans. In all honesty the whole thing was pretty emotionally charged for me. To be sharing that space with the talent at the table and so many fans was a powerful thing. And we had a great discussion about GI Joe. Check it out:
“Procrastibate” by LeSexoflex.com
“GI Joe: The Movie Theme” by Robert J. Walsh & Jon Douglas

Posted by Phantom Troublemaker at 3:53:00 PM