Welcome back to our second look at the first wave of the Star Wars Black 6 inch line, R2D2. Not much need to go into who this little guy is. He’s pretty much the star that ties the Star Wars together. It will be interesting to see how they handle him in episode 7. At that point he’ll probably be 60 years old. Maybe the lead of the new movie will be a space hipster so having an old school droid will be like having a record player. Some new Jedi will keep talking about his boops and beeps just sound better.


Ol’ R2 was a hard one for me. In the first production pictures he looked the best, mainly due to his amazing paint job. Then actually product reviews started coming out an a lot of that was gone. It was one of reasons I cancelled my first pre order but as I said before Im glad I have him. Like most review pics, R2 looks way better in hand, although he’s not without his faults. 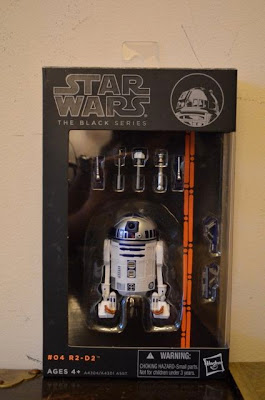 Not much else to say I didn’t say in the last review. I’m a big fan of being able to reseal in the package for now but don’t get me wrong these will be in trash as soon as I get my shelves back up. One note about repacking him though, you cant get him back in the package with the blue sides on. They pop off in the plastic and then you spend ten minutes trying to find them. You don’t want to display him with those rockets. We just want to pretend those rockets don’t exist. 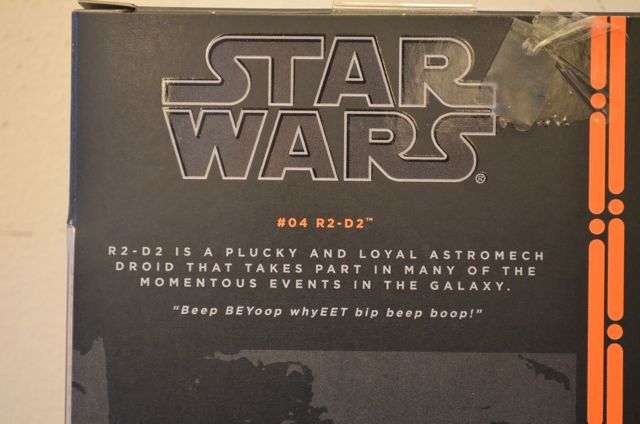 The bio is short and sweet. I like the “takes part in many of the most momentous events in the galaxy”. He does take part, he just doesn’t like to talk about it. There are many moments in episodes 4,5, and 6 where R2 could have shared some info that really would have helped Luke and the gang but he just kept it quite. What a dick. We also get a phonetic spelling of some beeps. I bet somewhere on a forum someone is writing right now is translating what that line is and how its wrong. This person is also a dick. 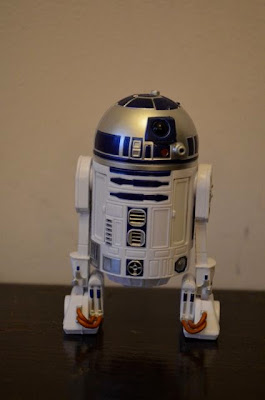 R2 Has some great sculpting done with every door and panel having some sculpted detail. Once again there are lots of little things such as the grates on the front that they could have gotten away with just painting but they went with the sculpt so good job on that Hasbro.

Phantom Note: Evil asked me to mention the ugly seam across Artoo's domepiece. We were talking about it the other night and he forgot to put it in here. So here it is:

Paint is where R2 has some serious issues. When the line was first revealed, R2 had a lot of wash and tarnish on the body and the silver dome. The final product does not. It doesn’t look as horrible as I thought it would and if I never saw the original photos I probably wouldn’t have cared but it always sucks to see what might have been. Some of the original wear can still be seen on the bottom of the two feet (you can it in the picture below). If they were going to keep some of this detail, I’m glad they did it in a spot that made sense. My R2 had some white showing through the blue on the removable blue panels on the top and when I took one off some the paint came with it so be careful with those. 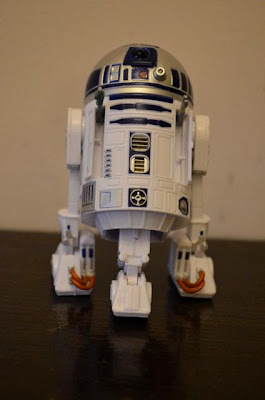 Okay, I have to admit, it took me several minutes to realize in order to get his third leg out you have to turn the head. I tried pulling and pulling and then finally turned it and out it popped. The mechanism was smooth but it does lock the dome in position. You can turn the head to where you want but it makes a popping sound and I worry about messing up what ever makes the third leg come out. 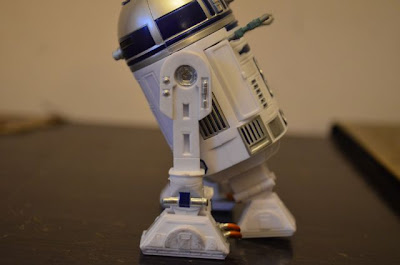 There are wheels on all three feet and all are able to pivot. The two arms are also able to move back and forth like every R2 figure ever made. The front has two doors that open to pull up his little grabber and shocker thing. These look fine but I don’t see myself displaying them open. That is unless we get a Salacious Crumb. 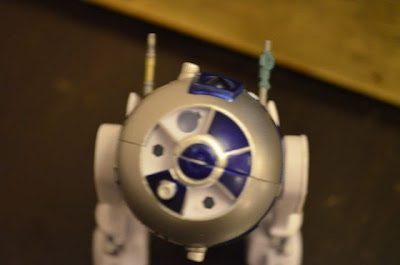 R2 comes with his periscope, sensor thingy, rocket sides, and Luke’s ROTJ lightsaber hilt. They all fit in removable panels in the top of his dome. The panels stay in well and take a little force to pop off. You will then spend ten minutes looking for one. You will then decide to never take them off again. The instruments look fine and fit snugly into their holes. 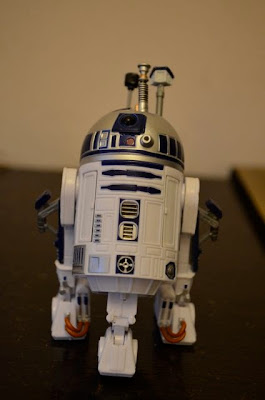 Then there are the rockets. The blue on the arms pops off and rockets pop on without problem. But then you have the rockets displayed. R2 forgot he had these in the latter episodes. I will also forget that I have these. 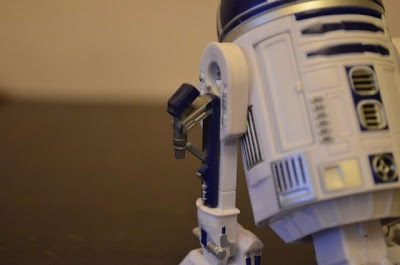 The lightsaber is the correct style for popping out his head and looks great. The sculpting and detail on these little things looks great. I was surprised to find that it is not made to hold a lightsaber blade as I just assumed that it was an already sculpted piece for a future Luke. It will be nice to have when that Luke comes out as not having the hole allowed them to sculpted a flat part at the end which I think will look better in display. 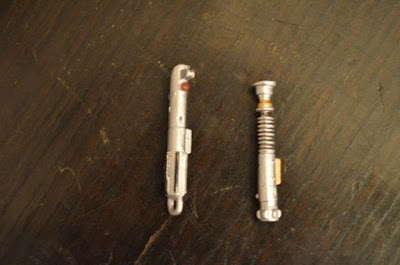 The only accessory I wish that would have been included would be the drink tray from Jabba’s sailing barge. I thought with R2 being smaller we might get it. However this is a Star Wars line so you know if it's successful, down the line we are going to start to get all sorts of variations.

So if you read the last review, you’ve seen my new rating scale. GET IT! (you must own this figure, go on amazon, bbts, etc., pay extra this figure is totally worth it), HUNT IT! (this toy is great, has some problems, not worth paying more than retail, but worth driving to a bunch of stores trying to find it), FIND IT! (it’s an ok figure and worth picking up if you see it, possibly on clearance), PEG IT! (leave that shit on the pegs, it can be friends with Dark Knight Rises 3.75 and Amazing Spiderman figures).

Look if you are getting this line you are going to need R2. Even with the paint problems he’s a great little figure. I haven’t seen these at retail yet, but I would guess the R2 is going to be one of the first to go as he’s so recognizable.

So thanks for stopping by, and come back next time when we look at what happens when you insist your employees wear white. 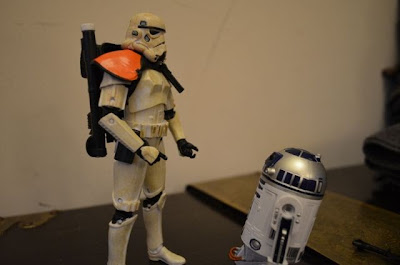 Look at that, a whole review where I refrained from talking about the driods we are looking for!