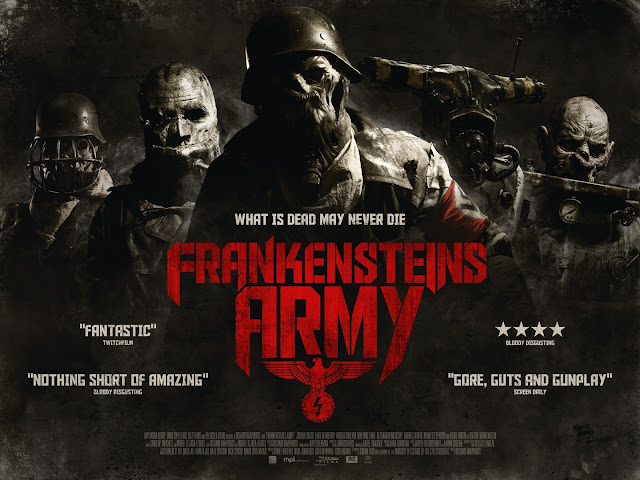 ****SPOILERS!!!!!!!!!****
It usually isn’t a good idea to watch movies that Mrs. Troublemaker is excited about. It’s okay if it’s just something that she would like to see, but if she has actually talked about a movie multiple times and is visibly excited to be watching it the thing is almost guaranteed to be a turd.
She was really excited about Frankenstein’s Army. So excited that she showed me the trailer and I have to say – I was excited, too. It featured a bunch of Nazi surgical experiments running around and attacking Soviet soldiers. Here, look:

I’d buy toys. I’d love to see costumes at Dragon Con. But if I never see this movie again it’ll be too soon. It’s all the worse for the fact that it could have been great with just one more competent person involved in the right capacity. Whoever designed and executed the monsters deserves a long and prosperous career in the industry. Whoever directed, edited, and produced should just stop now.