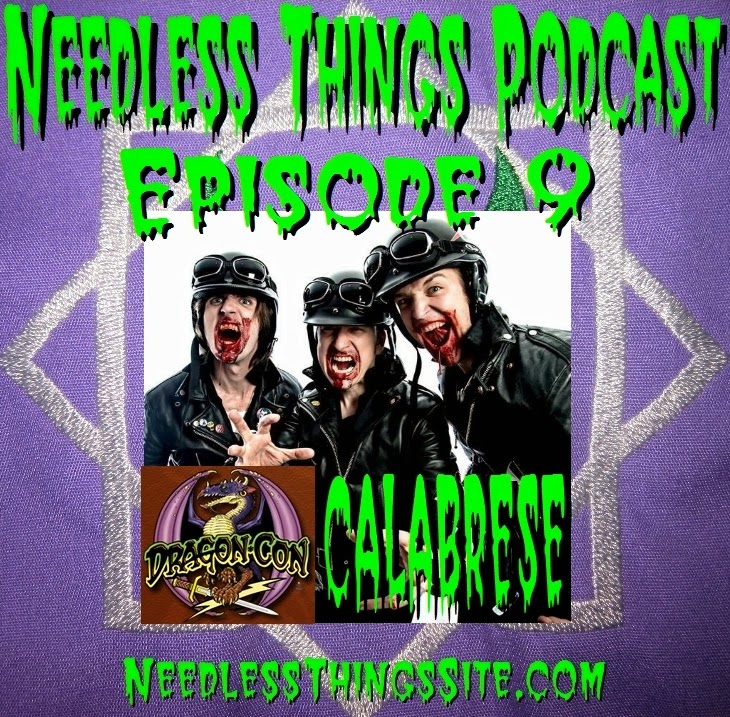 HOLY SHIT IT IS DRAGON CON WEEK.
HOLY SHIT I HAVE ANOTHER PODCAST.
HOLY SHIT IT IS WITH THE KINGS OF HORROR ROCK - CALABRESE!
There are a lot of things going on in my life right now that are a little crazy and hard to believe. The fact that I am part of the ever-growing media presence The ESO Network, that I actually have some small level of internet-based fame, and that I am the ring announcer for a unique and burgeoning wrestling promotion are all wild concepts.

Equally as wild is the fact that I have now recorded all of the podcasts I wanted to record when I first considered doing podcasts. Granted, I only had two major “gets”; but it’s still awesome to have knocked them out. First was Le Sexoflex on Episode 3. And now I’ve got Calabrese for Episode 9.
If you don’t know, Calabrese is a horror rock band out of Phoenix, AZ that I first discovered at Dragon Con back in 2009. “Midnight Spookshow” was the first song I heard and it was a revelation. I love music very much, but I just don’t follow it like I used to. So finding out that there was a band out there making this incredible music about vampires, zombies, darkness, and all of the horror stuff I love was great. The fact that they were also one of the tightest rock outfits I had heard amazes me to this day.
I did a Q&A with Bobby Calabrese last year during my Dragon Con coverage, which is when I first thought about the possibility of a podcast. The Q&A was fine and all, but I really wanted to talk to these guys and get stories out of them. Obviously I still utilize the Q&A format, but it’s almost frustrating sometimes when you get an answer and can’t follow up. When there’s one little tidbit of information that you want to latch onto and explore.
I’m happy to say that I’ve now had 2/3 of Calabrese on and we did a little exploring. Jimmy and Bobby came on and were absolutely awesome to talk to. I got into the history of the guys, their interests, their plans for the future, and what makes them tick, tock, and rock as a band. I had a blast talking with them and I think we covered some good ground. I hope you enjoy the show and pay careful attention – there’s a special announcement about Dragon Con towards the end.
Speaking of Dragon Con, Calabrese will once again be set up in the Marriott with the rest of the bands and entertainers. Stop by their booth and get yourself some of their awesome gear. I can honestly say that Calabrese creates some of the coolest merch I have seen. Because I dig their stuff so much, here’s a few choice pieces: 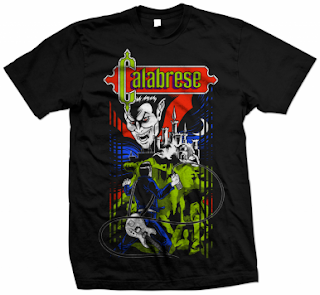 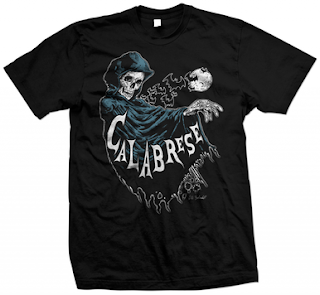 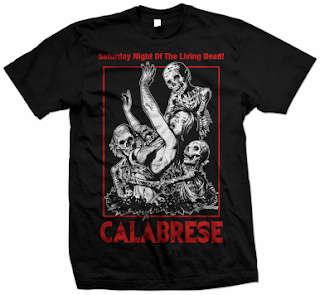 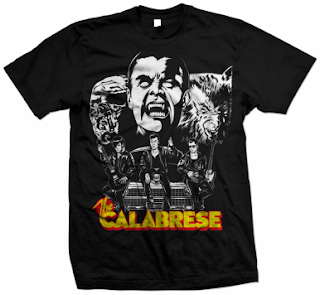 They’ll probably have their new album – Born With A Scorpion’s Touch” - available (before the release date of October 1st) as well. Buy it.

Most importantly, Calabrese will be playing at 1:30 AM on Monday morning in the Marriot Marquis Atrium Ballroom. You do not want to miss the brothers Calabrese live. They put on an awesome rock n’ roll show that will sear itself into your memory. Every song is a sing-along – just ask Alucard. These guys perform some of the most crowd-pleasing, fist-pumping music I have ever heard. They know the formula for good rock and they use it well.
For now, though, learn a little bit more about the band before you experience the Traveling Vampire Show LIVE!:

“Procrastibate” by LeSexoflex.com
“Midnight Spookshow” and “Born With A Scorpion’s Touch”, by Calabrese
-Phantom
Posted by Phantom Troublemaker at 11:00:00 AM