Hot diggity damn! It’s time once again to start my coverage of the greatest and best nerd event in all the land – Dragon Con!

Note the lack of asterisk. That’s an official decision that was made after Dragon*Con merged with whoever the heck Dragon*Con merged with to divest itself of that alleged repulsive bag of shit, Ed Kramer. I’m not going to get into a whole thing about the allegedly reprehensible Kramer or the disingenuous boycotters who were looking to gain media attention by making a big deal out of not going to Dragon*Con; I’ll just say it’s nice that that’s all over.
Except, of course, for the few remaining disingenuous boycotters that must still need attention and are refusing to believe that Kramer is gone. In a very public manner.

But for those of us who actually like fun and want to enjoy life rather than engage in some sort of mutually destructive schadenfreude, it’s time to talk about one of the best and most important aspects of Dragon Con – costuming! Or cosplay, depending on who you ask.

Here’s my personal definition of the two, which I do believe are different things. Also, these are Con definitions, not dictionary definitions. I am aware that a “costumer” is actually somebody who creates costumes for others.

Costumer – One that wears a costume to Con.

Cosplayer – One that wears a costume to Con and behaves in the manner of the character they are costuming as.

Is that right? I dunno. But it sounds good to me. Somebody either contradict me or make it official. With any luck I’ll get all the Q&As I’m hoping to get this year and we’ll have an authoritative answer by the time Con arrives. Because this year the focus here on Needless Things is going to be on costuming/cosplay. It’s something I’ve loved since I was a kid but have no real talent for. Well, maybe no patience for would be a better way of putting it.

In all honesty, I think the cosplayers are the most important people at Dragon Con. They were the reason I first fell in love with the con. I was hanging out with Jeffistopheles in the Hyatt – back when the Hyatt was still the place to people watch – and it just hit me that these people were amazing. I had never given much thought to the process of making a costume and wearing it out in public. But from the Stormtroopers to the Klingons to the Batmans to the weird anime chicks that I couldn’t identify, it was all fantastic. Those are the people that make Dragon Con magical. For me, anyway.

My favorite kind of event is something where you can truly get away from the real world. I don’t care for the real world very much and never have, so anyplace where I can achieve a real separation from the violence, hate, ugliness, and Walmarts of reality is great. Walt Disney World is the best example. You can vacation there and never even see a gas station. DragonCon is another example. While you are definitely surrounded by mundane brick and mortar, you are sharing that space with these fantastic individuals who are creating a new reality where characters and creatures from all realms of fantasy and science fiction come alive and coexist for a weekend. And they bust their asses to do it.

Today’s post is all about the costumes I expect to see at Con this year. I do this every year – trying to predict what comics, movies, and shows will be the most popular new things amongst the costume folk. I don’t think I’ve had a truly successful year yet, but I sure do have fun writing about it. 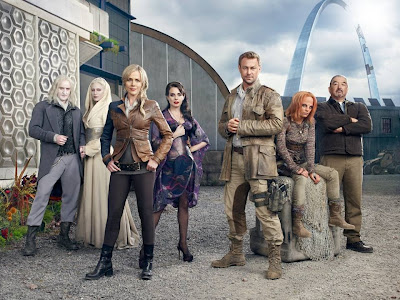 Defiance
I love this show, but I’m not entirely sure how it’s been received. I’ve seen a few posts on Facebook about it and heard nothing negative, but I don’t know for sure. What I do know is that from the very first episode my thought was, “Holy shit, the costumes we’re gonna see at DragonCon”. I felt like Defiance was tailor-made (pun so totally intended) for the cosplay crowd. Regardless of whether or not you like the plot and characters of the show, the alien designs and costuming are fantastic. There’s a little something for everybody, with a more than healthy dose of Steampunk. I expect to see no less than thirty Irisas, with a healthy smattering of every other species the show has to offer.

Man of Steel
As I was thinking of properties ripe for costuming, I wasn’t sure the new Superman movie would really qualify. But then I thought about all the Kryptonians and Jor-El’s armor and the Kryptonian bodysuits and I decided we’ll probably see quite a few designs from this film. I bet there are quite a few people who have been dying for a new take on Superman, as well. 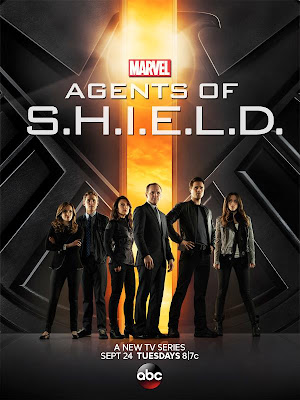 Agents of S.H.I.E.L.D.
The show hasn’t even started yet, but I bet there are going to be a ton of people walking around with black suits and homemade laminates, possibly carrying Chitauri tech around. I’m sure we’ll also be seeing a ton of Avengers-style S.H.I.E.L.D. agents. 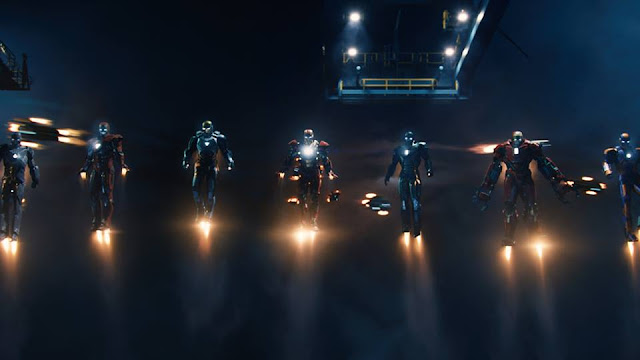 Iron Man 3
Speaking of Avengers, I fully expect to see the return of these people this year:

With all of the crazy armors that were featured in Iron Man 3, there is no reason why the number of folks in that picture shouldn’t triple. Well, other than the fact that it must be really damned hard to make Iron Man armor.
I’m honestly kind of nostalgic for that particular group of people because they were the first themed group of costumers I ever really saw together like that. They had a powerful impact on me. I’ll always carry that mental image with me, and whenever I think of the glory of DragonCon, those folks will come to mind.

Pacific Rim
I think this one is probably a long shot. I doubt we’ll see too many Jaegers walking around (though it is possible), and I think Kaiju from the movie are even less likely. I am halfway expecting to see some of the Jaeger pilot suits and would put money on at least one (Mako?). I will also put money on those patch dealers having a ton of Pacific Rim patches. I hope they do, anyway. 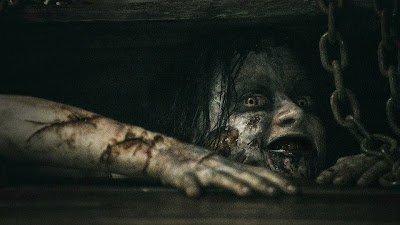 Evil Dead
It would please me greatly to see a lady dressed as Mia from the new Evil Dead. From the end of the movie, all covered in blood with her stump jammed into the chainsaw. This would be such an easy costume to pull off I’ll be a little surprised if I don’t see it. Deadite Mia would also be awesome.

Video Games
Yes, that is a massive category. But I am so sadly out of touch with games right now that I am probably going to look at game-based costumes and just think, “Oh, look at that cool-looking weird thing.” Last year there was a couple in absolutely amazing costumes from some big game that somebody told me about and I can’t even remember right now. But they looked rad.
What I would really like to see in this category is more stuff from the Batman: Arkham games. Sure, all those Catwomans looked great. But how about some of the other 18,000 awesome-looking characters in the game? These are some of the most exciting and dynamic designs that heave ever been done for these characters and it would be awesome to see them walking around. And it only now occurs to me that Deadshot wouldn’t be all that tough to make and by not doing so I am only contributing to the problem.
I will make this specific call – there will be a ton of costumes based on Bioshock Infinite. Not only was it so big and so talked about that I was actually aware of it, the look of the game is totally Steampunk. And Steampunk is still HUGE. Way bigger than Luchadork. But our day is coming… 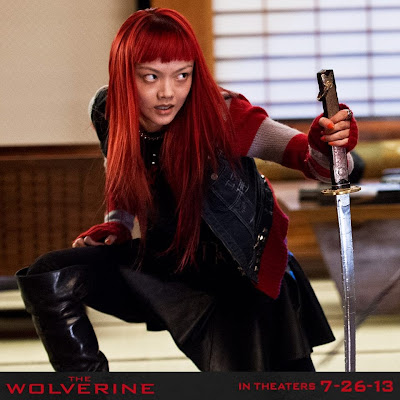 The Wolverine
Here’s a funny thing. Well, maybe. I think it is. I’ve been piecing this article together for over a month now, adding things as I see fit. I am starting this part a couple of days before The Wolverine actually comes out. Based purely on the trailers I have seen it looks awesome and definitely has some great looking costumes in it.
But I just can’t seem to wash the taste of turd out of my mouth from X-Men Origins: Wolverine. By all rights that movie should have ended FOX’s lucrative Marvel mutant franchise. It is the worst comic book movie I have ever seen. I believe one hundred percent that every single FOX executive owes Matthew Vaughn a blowjob for coming in and saving the day with the excellent X-Men: First Class.
Anyway, I suppose if The Wolverine is good we might see some costumes from it at Dragon Con. If not, I dunno. I will update!