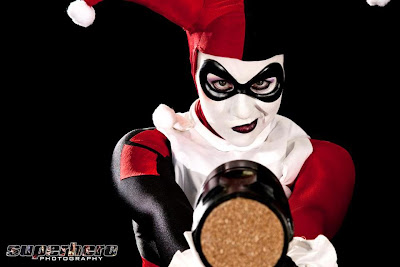 Obviously Sara has really come through for me with cosplayers this year. Today’s Q&A is with the Little Model That Could. Fetish Queen, Cosplay Model, and Goth Paradise, Jessica Nova. You’ve probably seen her around Dragon Con and you’ve definitely seen photos of this lady. Trust me – you’ll remember.
I'm Jessica Carroll, a Florida native relocated to Georgia. I make my living by being immersed in nerd culture, I make custom wigs, nerdy bridal bits and bobbles and work in the shop of one of the most amazing costumers I know, God Save The Queen Fashions. 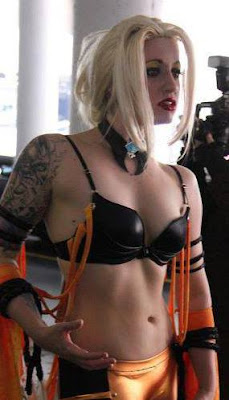 2) What was your favorite toy when you were a kid?
A) Gosh....I’m not sure. I guess my Raphael pillow pal from the Ninja Turtles and my Beetlejuice and Batman figures. The Beetlejuice ones came in a kids meal from who knows where and didn’t do much except be weird...but then again I am strange and unusual. I was also really into my Disney Princess Barbies and my tons of stuffed animals.

3) What is one album everybody should own?
A) Beatles - Abbey Road
B) Pink Floyd - The Wall

And for people that want to understand me?
C) My Chemical Romance - Three Cheers for Sweet Revenge

4) Who is your favorite wrestler and why?

A) Hulk Hogan was my favorite growing up, he reminded me of a blond version of my dad. I got back into wrestling a few years ago and was really into the Hardy Boyz, especially Jeff. And the Undertaker, because you have to love to Undertaker.

6) What’s your costuming background?
A) I always loved playing dress up. I can’t think of a time I didn’t dress up for one reason or another. I did a lot of theatre and I liked having goofy photoshoots with friends in the back yard. I took a costuming course in college and the bug bit me, I wanted to know how to make it all.

7) If you could pursue any project, what would it be?
A) Hmmmmmm, right now, latex clothing would be my next avenue I’d like to explore so I could make my own Catwoman costume from Batman Returns.

9) Which actor do you feel like you could sit and watch for hours no matter what they were doing and why?
A) Tom Hiddleston, Jensen Ackles, and Sean Connery. Reasons? Do you really need to ask?

10) What advice can you give to somebody just starting out making costumes?
A) Google is your best friend. Not sure how to do something? Reach out, many of us seasoned costumers like to help when we can. 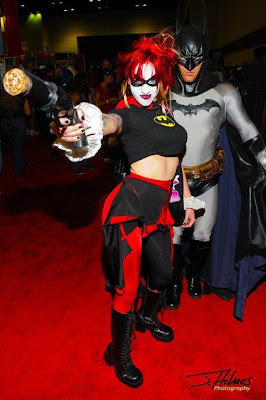 12) Is there a movie that should never be remade and if so which one?
A) Beetlejuice and Ghostbusters.

13) Closer – what is your favorite costume that you’ve worked on and the story behind it?
A) Harley is my favorite but Sailor Uranus is a close second. I love bringing childhood favorites of mine to life. The story? There really isn’t much of one, I just enjoy the process. I like looking at a piece of art and deciding how to replicate that with real textures, real bodies and in 3-D.

Thanks Jessica and thanks Sara. You guys are awesome! 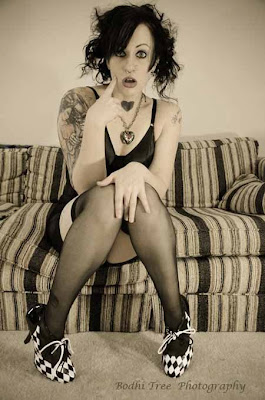 It’s been such a blast talking to all of these talented folks and learning a little bit more about who they are and what they do. As much as cosplayers are an integral part of Dragon Con, it’s very easy to see those wild, sexy, elaborate, scary, or just plain mind-boggling costumes and forget that there’s a person inside. Granted, that’s sort of a part of cosplay – being a character – but I think it’s important to remember that these are people just like everybody else that deserve respect, admiration, and appreciation.
I’d like all of the Phantomaniacs to make a special point of that stuff this year. Thank those folks in costume that are making Dragon Con a special experience like no other. Ask before you take an individual’s picture and give them a chance to pose or do their thing. I specify “individual” because I like to take a lot of crowd shots and often get in on group shots when cosplayers are already posing for other folks.
And remember – if somebody is in a costume, they probably put a lot of work into it and will be more than happy to receive a compliment or even some questions about how it was done. If you have a critique, shut the fuck up. The one year I made a costume all I got was a bunch of uninvited criticism from the Mandalorian fan group and it pretty much made me feel like shit and not want to ever make a costume again. If you are part of a themed group of costumers that have labeled yourselves as “official”, keep in mind that not everybody gives a shit what size you think armor plates ought to be or where on the waist a gun belt should sit. If you’re asked, feel free to share your knowledge. If not, please see the above advice about critiques. 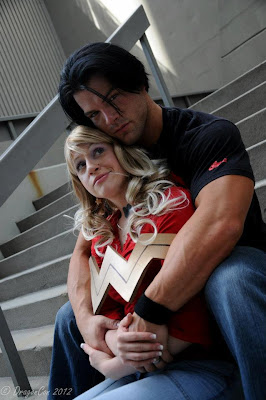 Phantomaniacs – it is almost Dragon Con time. Come back tomorrow for more.
-Phantom
Posted by Phantom Troublemaker at 11:00:00 AM