Movie Review – Man of Steel or That New Superman Movie

******SPOILERS!!!!!!!!!******
I say “That New Superman Movie” because nobody is calling this thing “Man of Steel”.
I’m gonna go ahead and start by saying that Man of Steel is an excellent Superman movie. You should go and see it in the theater, possibly even in 3D. There were quite a few parts where I found myself thinking, “Wow – I bet this would look amazing in 3D”. So there’s that.
I also had quite a few problems with Man of Steel. There was unnecessary cursing, I would have liked it if the movie overall had been brighter, and there’s a huge thing at the end that I think is just plain wrong. But I’m honestly not enough of a Superman guy to know for sure.
Before I go any further I should probably make that absolutely clear – I am not a Superman guy. It’s not so much about the character as it is about the way he is mishandled sometimes. I’m not gonna get into a whole thing, but just so you know where I’m coming from, All-Star Superman and Christopher Reeve’s portrayal are the best versions of the character to me.
Okay, now back to the issues I had. My biggest problems with the movie were the stars. I didn’t hate Henry Cavill, Michael Shannon, and Amy Adams by any means, but the whole time I was watching the movie I couldn’t help but feel like they just weren’t right. I’m going to sound like a dick while discussing this, so bear with me because once I finish my criticisms of those folks it’s pretty much all shining nerd joy.

Let’s start with Cavill’s Superman since I think my issues with him were mostly cosmetic. He simply does not look like Superman. Oh sure – he got absolutely ripped for the part. Dude looked great. But anybody could have done that. This is Hollywood. Those people don’t have to get up and go to their shitty job or try to figure out how they’re going to eat healthy and work out while having to do laundry, pick up the kids, and finish up the TPS reports. They call up their personal trainers and their nutritionists and tell them what they need to look like and when. I’m not saying it isn’t hard work, but I am saying that any of us could look like that if we had the time and resources that these people do. So this dude got all jacked up and totally filled out the tights in a Supermanly way. And then was left looking like Eli Roth and Zachary Quinto had a hairy love baby with (and this is where I get a little cruel) a British smile.
I suppose there is a rationale behind having a weird-tooothed Superman. I can just hear the conversation (and believe me, I respect the amount of nerd thought that probably went into it):
Producer: “Hey, um – should we maybe, I dunno, do something about his teeth? I mean, he is Superman.”
Nolan/Goyer/Snyder (I suppose): “No way. He’s all-natural. Kal-El’s teeth are going to come in however they come in. No braces are going to be powerful enough to alter his dental destiny.”
Producer: “Yeah, but… shouldn’t people want to see Superman smile?”
Nolan/Goyer/Snyder: “This will make him more relatable. Or something.”
The same argument does not apply to Superman’s bodily hair, as he shaves and gets haircuts throughout the movie. So he definitely could have shorn off that dark brown man-sweater that was sticking out of the neck and sleeves of his costume. Yes – seriously. It was gross. As a particularly hairy man I have no problem pointing out when bodily hair is not appropriate and when you have a Superman that looks as though he has an army of spiders tucked into his costume it is not appropriate. 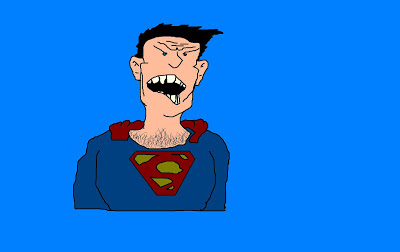 You might think my opinion of the three major players should shade the rating a tad more, but I think on repeated viewings Cavill and Shannon will grow on me. Adams is still a weak Lois, though.
Oh, and the only reason to stay through the credits is to see the credits. Which, by all means, you should. But there’s no bonus at the end. Bruce Wayne doesn’t show up to tell Clark he knows who he is. Hal Jordan doesn’t fly in to say he’s going to be keeping an eye on him. There’s no Marvel-esque world building at all in this movie (though we do see a couple of LexCorp tanker trucks) and I honestly feel that was the right way to go. I don’t know how Warner Bros. should approach their supposed Justice League movie, but aping Marvel’s method would only earn them derision and further comparisons, none of which would likely be flattering.
Man of Steel has made a new mark in the ever-expanding library of superhero films. It is not subtle, it is not grounded, and it is not afraid to show the audience a new world unlike anything they have seen before. If Green Lantern could have embraced the same sort of ethic I think we might have gotten a respectable movie. I can’t help but imagine how awesome the Training Day-esque version I first heard of could have been if Goyer, Snyder, and Nolan had been in charge.
Right now Warner Bros. Has an amazing opportunity. Marvel is on fire, but the producers seem determined to penny pinch their way to failure. While I’m sure there are ways to make movies without the people that have made the franchise – Downey, Hemsworth, Evans – I think losing those three would be stupid. And Marvel seems to be leaning towards stupid. So if the WB can start cranking out epics like this one I really think they could take back the hearts and minds they have lost to Marvel. At this point I’m not even sure they should try to do a Justice League film. Maybe they should just focus on making rad superhero movies. They can inhabit the same worlds, but don’t force a team flick just because Marvel did it. Just make great movies.
Oh, and leave Nolan and Goyer in charge, but make sure they understand these are fantastical comic book movies. No more “grounded” stuff like the “Batman” movies.
Go see Man of Steel. While I might have cast it differently, overall it far exceeded my expectations. It is the most epic movie I have seen in quite some time. 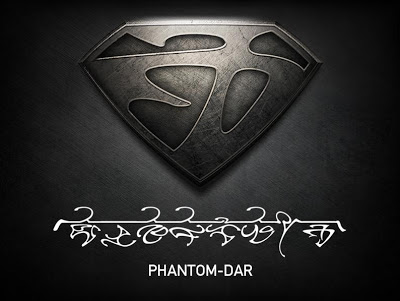