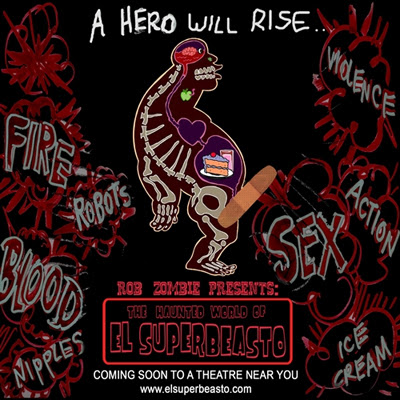 This is probably going to happen a good bit over the next month or so. I have a trainee at work and that severely limits my ability to write. Fortunately, I sat down the other night and extracted all of the old posts from my MySpace blog, which is where Needless Things got started. I know most of you have not read these before because the highest number of views I saw while getting the posts was "7".
I have a lot of these and I hope I don't burn through all of them at once. I feel kind of shitty having to recycle so much content, but I'd rather do that than just not post.
There are movie reviews, toy reviews, commentaries, and even a thing I wrote about TNA for one of their many attempted "comebacks".
Also, I have this huge gash on my pinky from when I foolishly tried to repair my lawnmower. I took the lawnmower to get fixed and it's fine now. My pinky is still jacked up and it makes it slightly more difficult to type. So there's that, too.
Oh, and obviously I would be open to some Guest Posts if any of you guys would be interested. For now, enjoy my review of Rob Zombie's animated epic,


The Haunted World of El Superbeasto
I finally got to watch this thing the other night. It came out a few weeks ago, but I couldn’t find it anywhere. Best Buy’s website claimed that they had it in their stores, but two different locations’ worth of Best Buy dipshits didn’t know what I was talking about and couldn’t find it after looking it up. Thanks, idiots! After confirming that Target and Walmart didn’t have El Superbeasto (no surprise, there) I finally remembered MovieStop. I don’t know why it always takes me a while to think of going there for hard-to-find stuff, especially considering my good buddy Big Jason runs one. D’oh. Lucky for me, Big Jason had one in stock on Blu-Ray. He was out of Phantasm II, though. I had to get that one from Best Buy. Dammit.

I was pretty sure I was going to be on my own for watching Zombie’s animated epic. Mrs. Troublemaker hadn’t exactly loved the comic. Come to think of it, I really wasn’t that impressed with it, myself. I mean, it’s Zombie through and through, it’s just a bit… unwieldy. There is entirely too much shit going on. Try to imagine if this hyper-productive guy with a bottomless well of genre knowledge and a mass of varying artistic talents just blew a mental load into a comic book series. That is EXACTLY what the Superbeasto comic is. An interesting mess.

The movie, thankfully, works a lot better than the comic. I don’t know if this is because of Zombie having more experience with film or perhaps that the medium of animation just requires more focus than print; either way, it is a huge improvement.

Since I’d be viewing this one on my own, I waited until around 3:30 in the morning last Saturday to start it up. I turned it off maybe five minutes in. I just wasn’t ready to deal with this kind of thing. The opening scene is our hero, El Superbeasto, nailing two chicks in an “adult feature” that he is directing. That was just too hard a start for me at 3 in the AM. Also, I didn’t really agree with Zombie’s choice to supply Superbeasto’s voice. I didn’t have anything against Tom Papa, he just wasn’t working for me as the big guy. I took the disc out and played some Smackdown, instead (I’ll get around to a review one of these days. Suffice it to say for now – it hasn’t pissed me off. Yet).

At some point during that weekend I saw a stand-up special featuring none other than the afore-mentioned Tom Papa. The guy is really, really funny. I still wasn’t convinced he was the right guy to voice ‘Beasto, but it did make me eager to give the movie another chance. And so I did Thursday morning.

The Haunted World of El Superbeasto is just batshit insane. It is crude, pornographic, sexist, racist and offensive in almost every way imaginable. And it is very, very good. Ralph Bakshi should wish he could have made this movie. The story is basically about ‘Beasto wanting some pussy, and his fight with the villainous and dorky Doctor Satan to get him some.


All of the voice work is excellent. Paul Giamatti stands out as Doctor Satan, Papa totally won me over with his Superbeasto and Sherri Moon Zombie does her best and most natural work yet as ‘Beasto’s sexy superspy sister, Suzi X. Along with those three, you also get Zombie’s standard cast of favorites – Brian Posehn as Murray the pervert robot, Danny Trejo as a Mexican stereotype, Ken Foree as a cat and Bill Moseley and Sid Haig as Otis and Captain Spaulding. Hell, you even get a live (animated) performance of Dick Soup by Jesse Dayton as Banjo and Sullivan! The cast is huge, and everyone does a great job. None of the voice actors come across as stilted or just in there because Zombie wants them.

The animation is very solid. Far superior to what I was expecting, as a matter of fact. El Superbeasto is easily comparable with any non-Disney 2-D stuff that has come out in the past ten or so years. The consistency is amazingly good, especially considering just how much crazy shit is on the screen at any given time.

Amazingly, none of the gags seem stale. I don’t know how you make such a dirty cartoon without dipping into the cliché well too many times, but Zombie did it here. This is truly a fresh experience, there really hasn’t been anything like Superbeasto since the seventies; and even those Bakshi features always had as much serious social commentary as humor. Superbeasto doesn’t go for that shit. This flick is all-laughs all the way.

The special features are pretty weak. There’s a version of the movie that is all animatics. I’m not sure why anybody would watch that, but whatever. There are also some deleted scenes that are fine, but nothing special. Really, all you would need to make this disc more satisfying would have been a couple of commentaries. One featuring Zombie doing his usual everyman play-by-play on the creative process and another with the cast. If the Blu-Ray had cost more than the twenty bucks I paid for it I would have been pretty irritated. Especially considering the Snow White I just bought Mrs. Troublemaker had DVD, Blu-Ray, a digital copy, more special features than you could shove up a dwarf’s ass and take home aaaaand it was only ten bucks with the coupon I got from Disney. THAT is a fucking DEAL! (that really has very little to do with Superbeasto. I just can’t get over what an awesome deal that Snow White was, right?)
Once again, we arrive at the fact that if you are a Rob Zombie fan, you have already found this and bought it. If you aren’t, but are a fan of animation or really blue humor; I recommend you at least give it a rent.

I almost forgot to mention that Hard N' Phirm did all the music and that said music is truly one of the best parts of a really good movie.

4 out of 5 Scurrying Ass Rats