Hey everybody - I'm here to introduce another Guest Post from our pal, John. He's back again to share some thoughts with the Phantomaniacs. You might remember John from his last guest post, all about camping. Not a frequent subject here on Needless Things, but a very entertaining post and one that dealt with the unfortunate condition that is aging; something that is a frequent topic here.

Anyway, this post is about the Ninja Turtles and it's a lot of fun.

Nostalgia supposedly isn’t what it used to be.

I was 12 or 13. Junior high. Could barely contain myself on my mile and a half walk home from school. Just had to make it home by four. That’s when MY show came on. Four mutated, shelled, reptiles with renaissance names. And a mutated rat. And various other mutants and other mutants. With ninja skills. Dude. Mutants were to the late 80’s what zombies are to now. And ninjas.

So TMNT was a cartoon I loved. I was saddened and quite angry when I got home and turned on the TV and horrors! Scooby Doo came on instead. The Aquabats even have a lyric that eludes to the retardedness that is Scooby Doo. “…I think I’m going blind just like Mister Magoo, I know every single ending to ever Scooby Doo…”
 

The joke there kids is that there is only one ending amongst many many episodes. TMNT may have been just as trite, but NINJAS! Skater Ninjas!

I was almost as upset as when they did the EXACT SAME THING with Robotech. Mid-story!

For some reason I was thinking that Lorenzo Music lent his voice to the show. A quick check of IMDB showed otherwise. I was going to do a stream of conscience trip down memory lane using his voice as a theme. But with starting point failed I guess I’ll have to start in the middle.

Saturday morning cartoons. Mum and I loved to watch several. Lorenzo Music voiced characters in two of them. The Real Ghostbusters (which had to add the ‘Real’ after that lame steampunkish show with the giant ape busting ghosts) and Garfield ‘and friends’.
Later the Tick would arrive. But Ghostbusters and Garfield were our favorites. Who cares that Lorenzo didn’t voice one of the four turtles. Just saw where Peter Cullen voiced a mugger in two episodes. In the words of the immortal Keanu Reeves, “whoa”.  That more than makes up for it for in previous years I had rushed home from school to catch Transformers and GI Joe. And briefly, GoBots. Even as a child I knew a cheap rip off when I saw it. Oh. And Voltron! Precursor to the Power Rangers I guess. Cool thing about the Power Rangers movie: TMBG provided a cool song for the sound track. But then I had had the Ninja Turtles. And that was somehow superior.  I even doodled them on just about every flat disposable surface.

But then. But THEN! Imagine how excited I got when I saw a movie poster captioned: Hey dudes, this is no cartoon. I would have been 15 or so. Beside myself with excitement. Going to movies then was a real treat. There wasn’t much money in my family so movies were mostly viewed in home after they were recorded from broadcast television onto Betamax tapes. Along with lots of Doctor Who and The Man From U.N.C.L.E. and a copy of The Flying Brother Karamazov performing Comedy of Errors at Lincoln Center. (Yes I have that just as memorized as I do The Princes’ Bride and Holy Grail.)  So it was a huge deal to get to go. Invited a friend from school to go. He’d only been in the US for a few years. His exposure to movies was more limited than mine. He’d been to one American theater. And that was with my family to see the last good Indiana Jones film. So it was cool to see his reactions to the film. Another cool thing was: my parents went to see something else so we could sit as close to the screen as we wanted. Our necks were sore from looking up at the screen but it was worth it. We also each got a thirty pound sack or extra buttery popcorn and a five gallon bucket or carbonated sugary drink. Both of which were gone before the show was half over. Teenage metabolism. And bladder control. Because we were not going to miss a second of the film. The moment the credits started to roll (another cardinal sin in my family, gotta stay for all of the credits) we bolted for the exit. As best we could with bladders the size of state fair prize winning giant watermelons. Kind of a hunched over knees together wobble. Again, so worth it.

But then again, imagine how barely able to contain myself I was when the movie came out on VHS. I went to get it the day it hit stores. Only none of the stores in my neighborhood had it for a price I could afford. I had to clip a coupon and ride my bike for what I know now to be fewer than three miles (1.8 according to the almighty G double O le) but felt then like at least thirty. 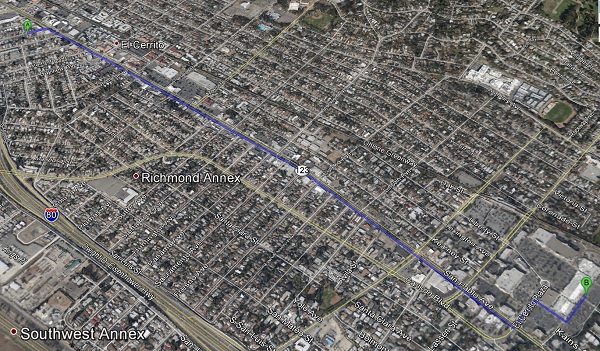 This big drug store in the next town over was where the coupon was for. I was terrified they be out. They had a display full so no worries. I could not get home fast enough. I’ve viewed that movie many many times. I’m surprised I’ve not worn it out. (Like my sisters and I did with The Last Unicorn (No I am not ashamed. That was a cool movie.)) I’d sit with the remote and rewind to re-watch my favorite bits. To this day I can still quote most of it. I’ll just randomly say “pizza dude’s got thirty seconds” to random people when they’d say something about the weather.

Now. Nostalgia. I just watched it again after the better part of a decade. On the VHS copy I bought in the early 90’s. Aaaaaaaand? The soundtrack is just awful. Gawd. ‘90s bubblegum MC Hammer Rap. Ugh. The acting is terrible. Except for Elias Koteas, He’s always awesome even when he’s awful. The animatronics barely worked and the turtle suits were laughable. Those costumes were built on the same pioneering tech that was used in that flop Howard the Duck. Maybe I just didn’t get the adult humor and should give it another watch. I dunno. The cartoon brought to life worked just as poorly for TMNT.

In other words. I loved it. It’s held up beautifully. So apparently, nostalgia IS what it used to be.