Earth Station Who - 5 Doctor Who Episodes for a Newbie 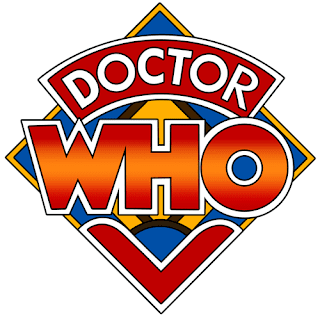 You see, we’ve run out of Regeneration stories. The first year of ESW was devoted to covering each Doctor’s first and last story. But we covered “The Eleventh Hour” two weeks ago and that was that. So Director Faber had this idea that we should talk about five episodes we would recommend to a Whobie (my term – a new Doctor Who fan, obviously) since Doctor Who is something of a worldwide phenomenon and there are so darn many of them right now.

I have mixed feelings about this. I have loved Doctor Who ever since I first saw “The Five Doctors” in 1983. In the years between 1983 and 2005 I came across exactly two other people who liked Doctor Who. And one of them was British. And I met a lot of people in those twenty-two years. Granted, I will be the first to admit that I was running in the wrong circles, but my circles now aren’t all that different and suddenly a lot more people love Doctor Who. And I am doing my best to fight the urge to not enjoy that and to think of myself as superior to these people and “old-school” because I absolutely detest that kind of attitude. I think elitism is the enemy of all genres and have been on the receiving end of some sort of snobbery many times throughout my life. So I do not want to be like that. I want to embrace all of these folks who are just now discovering the magic of this thing.

But as I’ve always said whenever somebody feels like one of their passions is being co-opted – isn’t the best possible outcome for any TV show or band or comic book that it becomes embraced by the masses? More money means more security. You’re going to get more of that thing you love and the chances of it going away lessen. But there’s also the danger that the creators – or caretakers, as the case may be – of the property will see fit to alter the basic nature of the thing in order to please these new converts over the minority of long-time fans.

So I try to be pleased at all of the Whobies, but I can’t help but shudder a bit inside when I hear that David Tennant is their favorite Doctor and that no, they haven’t seen any of the old ones.

And don’t get me wrong – I in no way believe that anybody should have to enjoy classic Doctor Who. As much as I love watching those, a good bit of my enjoyment comes from nostalgia. I honestly don’t know how I’d respond to classic Who if I were presented with it fresh today with no frame of reference. I’d like to believe that I’d still love it, but I’ll never know for sure. And because of that I never give people attitude about classic Who. I recommend they check it out, but I make sure and tell them to expect certain budget restrictions and signs of the times, so to speak. And then I eagerly await their reactions.

My point here is that classic Doctor Who isn’t for everybody, not even those who have recently come to adore the wild gesticulations and rapid-fire speech of current Doctor Matt Smith. There are good ones and bad ones and if one of these poor folks should happen to watch a bad one it is likely the last classic Who they will ever watch. Lord knows some of these Regeneration stories have almost made me give up.

But then there are some great classic Doctor Who stories. And those are the ones I want to talk about here and on Earth Station Who. I think the biggest problem is that we are, in theory, presenting these stories to people that have never seen them before and so can’t give away too much about the stories themselves. I’m not entirely sure what we’re going to discuss. That’s why I’m trying it out here, first.

Before I get into my picks, you should know that I made some rules for myself. I am only picking classic Doctor Who and I am only picking one story per Doctor. Because let’s be honest – if we’re including modern Doctor Who four of the picks would be “Rose”, “Smith and Jones”, “Partners In Crime”, and “The Eleventh Hour”. Those are all season openers meant to draw in new viewers and they are all extremely good at it. I would bet money that each of those will show up as somebody’s picks on the show; and likely from multiple people.

So I figured since those would obviously be covered it was up to me to scour the history of classic Who and find some thrilling and appropriate tales. It was tougher than it sounds. With twenty-six years of programming available, you would think it an easy thing to find a mere five stories suitable for casual viewing. And you’d be right if I had allowed myself to pick five Tom Baker stories. Or even a few Bakers and a Pertwee. But in limiting myself I created a much more difficult – and interesting – task. So without further ado – and in order of Doctor - here’s my five picks:


The Tomb Of The Cybermen Part1 by matrixarchive

“Tomb of the Cybermen”

I first saw this story a couple of years ago when they had more classic Doctor Who on Netflix. It stars Patrick Troughton – Doctor Two – and features my personal favorite villains – the Cybermen. The Doctor is accompanied on this adventure by Victoria and Jamie. Victoria is mostly a companion of the “Screaming Ninny” variety, but Jamie McCrimmon is one of the Doctor’s best companions ever. He’s a brave and funny Scot and the actor that plays him – Frazier Hines – has an amazing rapport with Troughton.

The story is almost like a slasher flick and definitely has the feel of classic Hammer Horror. No previous knowledge is required and the story is simple and easy to understand – there is Danger and only the Doctor truly understands it. The sets are huge and creepy and the supporting cast is excellent. The only thing this one really has going against it is that it’s black and white, but much like Frank Darabont’s alternate version of The Mist, the atmosphere is actually enhanced by the grey tones.


The Curse of Peladon Part1 by matrixarchive

“The Curse of Peladon”

Starring Jon Pertwee and Katy Manning as Doctor Three and Jo Grant, this is a fun whodunit-style story that takes place on a distant planet. There are all kinds of neat-looking aliens and watching Jon Pertwee interact with all of the various ambassadors is a treat. Some don’t care for the look of one of the aliens – Alpha Centauri – but I think anybody with just a bit of tolerance will be charmed by its personality.

“Peladon” involves intrigue within a royal family, so any fan of Game of Thrones might enjoy it to some degree. The pacing is good here and it’s four twenty-five minute episodes so it isn’t too lengthy compared to other Pertwee adventures.

This is my favorite Doctor Who story of all time. It stars the irrepressible Tom Baker as Doctor Four and Lalla Ward as Romana, his lady Time Lord companion. Baker and Ward had an on-screen chemistry like no other Doctor/companion pair; likely because they were boinking behind the scenes. Obviously this led to problems down the road, but it served “City of Death” quite well.

The setting of this story is Paris, France. This makes it recognizable to the newbie and yet still exotic. The villain of the piece is played by (?), who is absolutely fantastic. The story involves time travel, art fraud, and genocide. While the villain’s plot turns out to be somewhat less plausible than your standard Cobra Commander scheme, it’s such a fun ride you can’t complain. Oh, and the writer for this particular story? None other than Douglas Adams. Yes, that Douglas Adams.


The Five Doctors 1 by captiankay

Okay, so not only is this one a cheat, I have a feeling there are those who would not agree with me. But I’ll sort them out on the podcast. This is the first Doctor Who I ever saw and it’s what created the obsession I now enjoy. So there must be something to it.

This story is the twentieth anniversary special and it stars all five Doctors up to that point. Sort of. William Hartnell – the first actor to portray the Doctor – had passed away, so he was replaced by William Hurndall (and a fine replacement he was). And Tom Baker just didn’t want to do it. So they used some unaired footage of him being captured in a bubble.

The story itself is a big ol’ clusterfuck, but in the best possible way (in my opinion). The five Doctors are brought together on the Time Lord’s home planet of Gallifrey to face a threat unlike any other. Many of the Doctor’s former companions are summoned as well, and together they all must face dangers from the Doctor’s history, including the Doctor’s greatest nemesis – The Master.

This hour-and-a-half story is action-packed and has a fun, fast pace. There are definitely some odd choices made and the overall feeling is of just heaping so many awesome things on that you don’t notice the flaws, but like I said – this is the one that got me. I feel like there must be something to that. Plus, it’s the only place to see so many Doctors at once and it could potentially lead viewers to pursue further stories from one of the Doctors if they take a liking to them. And that’s always a good thing.

“Remembrance of the Daleks”

(Couldn't find a video for this one)

I couldn’t very well leave out the Daleks, now could I?

This is almost more of an anniversary story than “The Five Doctors”, as it contains so many references to Doctor Who history. It stars Sylvester McCoy as Doctor Seven – the last of the “classic” Doctors – and Sophie Aldred as his companion, Ace. And it also stars Daleks. Lots of Daleks. Daleks fighting humans, the Doctor, and each other. Daleks getting blown up by Ace, who has a tendency to carry explosives around in her backpack.

“Remembrance” is a solid story with great acting and solid effects, sadly a rarity for McCoy’s era. Until Matt Smith came along McCoy was a solid second-favorite to me, and only the poor quality of most of his stories is to blame for that. McCoy himself portrayed, a darker, more alien, inscrutable Doctor with motivations that were not always clear. He was a more grown-up Doctor for a more grown-up me. Sadly, he was above the material he was given. Ace remains one of my favorite companions by virtue of her boundless enthusiasm and general toughness.

But “Remembrance of the Daleks” is one of the few times that story, visuals, and acting all came together the create an excellent Seventh Doctor story.

So there you go. That’s five stories that I think anybody with any sort of taste for science fiction could enjoy, regardless of whether or not they were predisposed toward Doctor Who. “Tomb of the Cybermen” and “City of Death” are available on Netflix right now, so go watch ‘em and let me know what you think.

Email ThisBlogThis!Share to TwitterShare to FacebookShare to Pinterest
Labels: doctor who, Earth Station Who, tips from uncle troublemaker