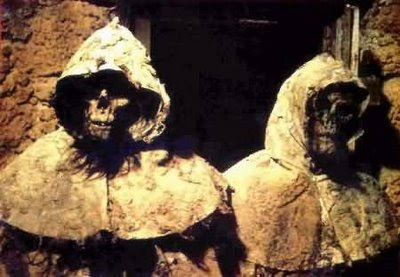 Side Note: Before you waste time with this, go and listen to my excellent Halloween podcast – Earth Station Boo – with the ESO crew, Mark Maddox, Stephen Platinum, and Eddie Cadaver of The Casket Creatures. It’s awesome!

I hadn’t planned on doing this, but after recognizing American excellence in zombie movies I felt I owed it to the rest of the world to take a look at their contributions. After all, several of the movies on this list would have made it into at least the top ten on the other list.
Italians, Japanese, and Brits all have their own takes on zombies. And some of their takes are extremely fucked up. As much as I love my good ol’ American zombie flicks, there’s a certain flair that foreign movies have that we do not. A certain excess that our movies – even at their goriest and most ridiculous – just can’t match.

10) The Plague of the Zombies
As far as I can tell, this is the only zombie movie Hammer Studios produced. I haven’t seen it in years, but it’s Haitian voodoo take on zombies really freaked me out. There’s something about period horror movies that makes them creepier to me. Maybe it’s the total separation from anything that is familiar to me. Plague is an undeniably Hammer –tinged film; from the creepy, dismal atmosphere to the theatrical tone of the acting. It also predated Night of the Living Dead by two years. I’m not going to say it’s a creepier or even more successful movie, but there are many similar elements between the two and you rarely hear this one mentioned.

9) Cemetery Man
Very rarely does a horror film qualify as being artsy-fartsy. And it’s even more rare for me to like anything that’s artsy-fartsy. I have a very low tolerance for dense, incomprehensible narratives. But Cemetery Man – or Dellamorte Dellamore – is a movie that will entrance you the first time you see it. It kept me on the edge of my seat. Not with excitement, but by being such a compelling narrative and an amazing collection of visuals. Rupert Everett plays the groundskeeper of a cemetery where the dead come back to life and he has to return them to their graves. I don’t want to say any more than that. It’s a great flick. If it didn’t get so darned slow in places it would be higher up on the list. You won’t notice the pacing the first time, but on repeated viewings the movie does have a tendency to drag.

8) Dead Snow
This Norwegian movie about Nazi zombies in the snow was surprisingly rad. Not only is it one of those movies that takes its time to build tension towards an absolutely batshit ending that will have you biting your nails to the quick; it’s also the only movie I’ve ever seen to feature a blumpkin.

7) The Beyond
This Fulci classic has too many damn names for me to bother listing. Like any Fulci movie, The Beyond is super fucked up. There’s a whole lot more going on than just the dead rising from their graves, but these zombies are some of the creepiest I have seen on screen.

6) Tokyo Zombie
I know I reviewed this movie, but I can't find it. Just know that this Japanese film is about a guy who wrestles zombies. Like, pro wrestling-style.

5) Undead
It’s an Australian zombie flick and its damned strange. One of the best things about foreign zombie flicks is their tendency to add weird shit in on top of the zombies. Undead does this spectacularly well.

4) The Blind Dead series
I thought for years the Blind Dead movies were Italian. This even came out on the Earth Station Boo podcast I hosted the other night and I had to figure out how to correct myself without sounding like even more of a moron. I don’t think it worked. Anyway, I didn’t find out these movies were Spanish until I bought the DVD box set a few years ago. I also didn’t realize that they were all directed by the same dude and intended to be sequential. Now I know that all four movies – Tombs of the Blind Dead, Return of the Blind Dead, The Ghost Galleon, and Night of the Seagulls (yeah, I know – not the scariest title) – are related and part of the same narrative idea. I could have listed them separately and bulked my list out to thirteen, but they’re all from the same dude and I hate doing that with franchise movies. Or anything, really. I tried to avoid listing multiple albums by the same artist in my Top Fifty Albums list as well.
The movies are the creation of Amando de Ossorio and revolve around relentless, undead Knights Templar. The first two movies establish that the Templars’ eyes were violently removed prior to their deaths and that they hunt their prey by sound; making for tense, terrifying pursuit scenes throughout the movies. Ossorio always specified that his Templars were not zombies (as a matter of fact, he didn’t always refer to them as Templars), but for the purposes of my list they’re zombies. All four movies are pretty great, but The Ghost Galleon (which I first saw as Horror of the Zombies) is my favorite. Not because it’s the best, but because the first time I watched it was with my old roommates and horror buddies T-Dawg and Beth Van D. It was a hoot. We talked about that thing for weeks afterward. Still do today, as a matter of fact.

3) Zombie
Another exemplary Lucio Fulci movie; this one is perhaps most famous for the scene where a zombie fights a shark underwater. Or the scene with the girl’s eye and the splinter. But there’s a whole lot more to love. The story is actually quite good, with a mysterious yacht delivering a zombie straight to New York. People go to the island of origin and find teeming hordes of nasty undead. After barely escaping with their lives, they hear that New York has been overrun by zombies. It’s pretty awesome.
I think Zombie might have been the first foreign film I ever saw back when Anchor Bay first released it on VHS (not counting some unfortunate experimentation with anime in the early 90’s) and it opened me up to a whole new world of horror when I was beginning to feel like I had tapped America’s supply dry. Anchor Bay had such an amazing impact on my life back in the late 90’s. I should probably write about that someday.

2) Shaun of the Dead
Edgar Wright, Simon Pegg, and Nick Frost straight-up invaded America with this movie. I didn’t know any of those names prior to seeing Shaun of the Dead, but afterward they became ingrained into my nerd consciousness. Shaun of the Dead is a combination tribute/send-up of every zombie movie ever. It’s not a parody. I resisted seeing this one for a while because it was one of those things that just got very popular very quickly, but once I saw it I was in love. This is such a clever, well-done movie that it almost makes me a little sick. This thing was made by people exactly like me who are just doing much more interesting things with their lives.

1) Dead Alive
Like many people, this is the movie that made me fall in love with Peter Jackson long before his masterful adaptations of Lord of the Rings. As a matter of fact, the Lord of the Rings trilogy kind of bums me out a little bit, because it seems to be the point at which Jackson abandoned his once trademark silliness.
Dead Alive – called Braindead in its native New Zealand (and I think the American title is much better) – is the only movie that comes anywhere near the fun and quality of the Evil Dead movies. I will always hold Raimi’s horror trilogy sacred, but back when I first saw Dead Alive I was of the opinion that those were the very best movies ever made. Much to my surprise, Peter Jackson’s zombie tale held up to the Evil Dead standard. It was just as sick, gruesome, and funny as Raimi’s flicks. But it also had a style if its own. The hero was very different from Ashley Williams.

I’m a little shocked I couldn’t hit the magic thirteen for this list. I would never have guessed there were so few international zombie flicks as compared to the United States. Think about that – one single country has produced more films about the undead than the entire rest of the world combined.
America, fuck yeah!

If you’re new here or haven’t been keeping up, this is where I give my thoughts on SyFy’s “31 days of Halloween” programming. Obviously I haven’t seen everything I’ll be talking about, but that’s kind of what the internet is all about – talking out of your ass.

Each day I will cover the schedule from the time my post goes live (usually 11 AM) through the following 24 hours. On Fridays I will cover the whole weekend, which is a huge pain in the ass but also kind of fun.

11:30 AM – 1:30 PM – A Nightmare On Elm Street 2: Freddy’s Revenge – I watched my DVD of this one again the other day after writing about it the twelve times SyFy has replayed it. I still like it. Mark Patton is very likeable even if he does have the girliest scream I have ever heard in my life (he’s not an honorary B-Movie Scream Queen for nothing). If you haven’t seen Nightmare 2 in a while you should watch it. The exploding parakeet is hilarious, but Mark Patton’s dad trying to accuse him of rigging it to explode is even better.
Side Note: I hadn’t realized it before, but the quality of the transfers in my Nightmare box set is pretty lousy. Especially this one. I guess I might actually have to upgrade to Blu Ray someday.

1:30 PM – 3:30 PM – A Nightmare On Elm Street 5: The Dream Child – I watched this one the other day as well and it’s pretty awesome. The image quality isn’t noticeably awful and it’s still a fun movie. The Freddy baby is awesome. I’d like to buy the new NECA figure that comes with it, but the adult Freddy either had bare feet or a really long arm and I’d prefer a regular Freddy. Ooh – I did find a new RoboCop with the spring-loaded holster, though!

7:30 PM – 12:00 AM – Scare Tactics – Wow. I picked the wrong time to run out of Tracy Morgan clips to post. But the right time to not feel like writing about SyFy’s schedule anymore.

4:00 AM – 8:00 AM – Paid Programming – I wonder if anybody records infomercials. In a universe of infinite possibilities, somebody must. 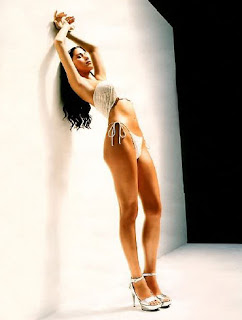 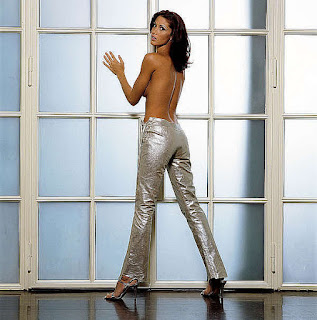 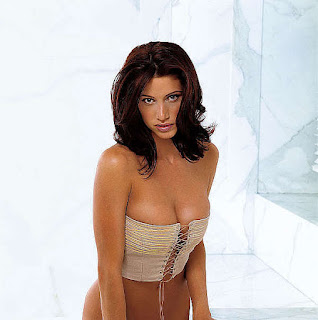 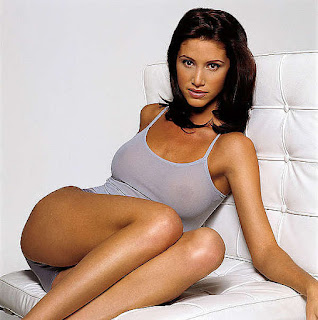 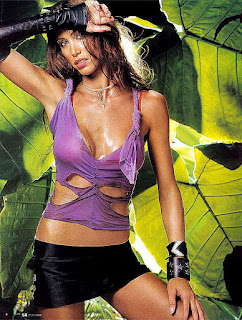 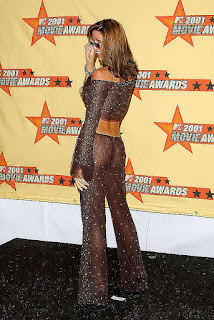 Check back in tomorrow for who knows what. As I write this I have a stack of figures I still haven’t reviewed, a bunch of movies I didn’t get around to watching, and three days off between now and Halloween. Who knows what I’ll get done? Probably nothing.