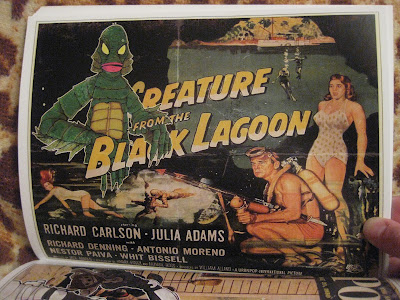 Pretty much all I spent my money on this year was art. Not a lot of it, but it's just weird that I didn't buy a single toy or other item of dorkery. Not for myself, anyway.
I should also mention that it is now 1:41 AM on September 4th. Dragon*Con has been over for about twelve hours now and the post-Con malaise/hangover is somewhat less severe than it has been in previous years. I am exhausted, but not wrecked. Which is why I am actually sitting down at home to write a little something just so I'll have a post tomorrow - something I rarely do.
The proper recap will start either Thursday or Friday - probably Thursday - and continue probably at least through next week. We'll see.
But for now here's some cool stuff I got. 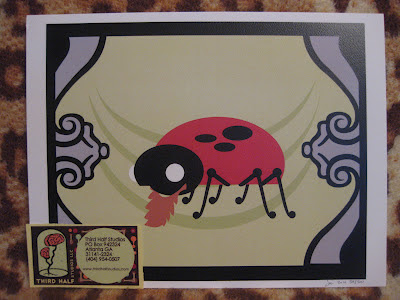 This is a print from Third Half Studios, who you may remember from earlier in my Dragon*Con coverage. I'm not going to claim  I totally understand what's going on here, but it cracks me up for some reason. 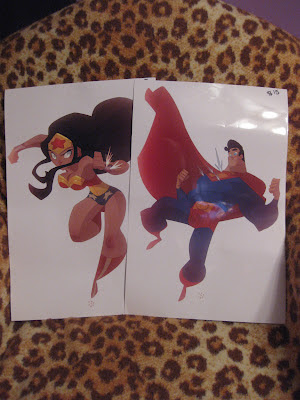 Mrs. Troublemaker came downtown to pick me up Monday morning and brought our four year old son with her. This resulted in our son getting a bunch of free stuff. We walked by this one artist that was packing up to go home. He looked up, saw Lil' Troublemaker and held out the Superman print, asking if he wanted it. Lil' Troublemaker looked up at me to make sure it was okay and I told him to go ahead. He took the print from the guy and thanked him. Then the guy asked if he should give me the Wonder Woman. I was nervous that my son - who knows me well - would mention something about me not liking Superman, but he just nodded and said, "Yes". So we got these two really cool prints that I actually do like quite a bit.
The price is on top in Sharpie, but I'm just going to trim them down a bit. 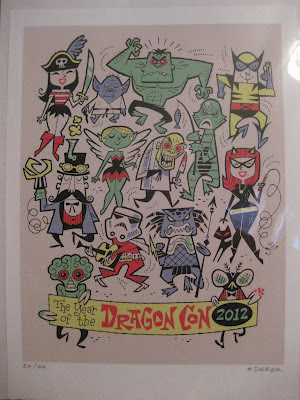 Well obviously I was going to buy this one. This might be my favorite piece of Dragon*Con art ever. It's by Derek Yaniger and is just awesome. I bought the print rather than the t-shirt because I don't need any more t-shirts. Especially not after I bought three more this past weekend. Dammit. 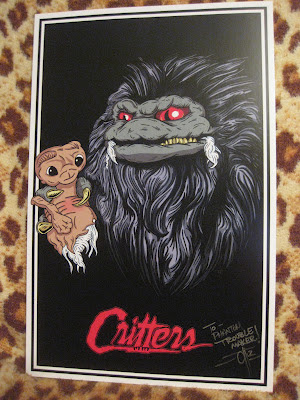 Fuck yeah, a Crite eating that awful little monster.London-1888 produced this remarkable piece. I think these guys were at Days of the Dead, too. 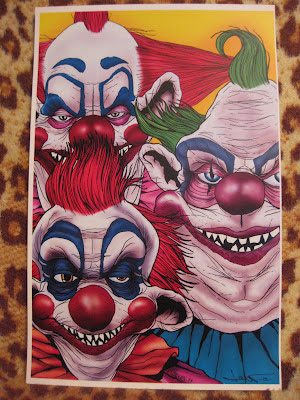 Jason Flowers is a local artist who has produced a lot of stuff I really like. I've been eying this one for a while. Finally got it, in line with my practice of going to a Con with artists from all over the world and still buying almost exclusively from locals.I say that not to point out my support of local artists, but rather to highlight my poor planning skills. 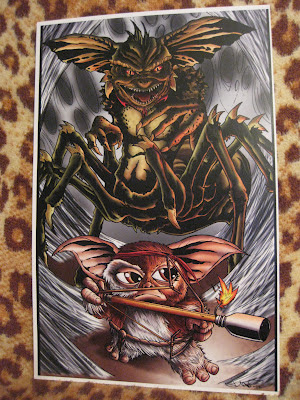 Also fuck yeah. Jason Flowers put this up on his Facebook page before the Con. I knew I was buying it. And man - I hope like heck NECA is doing a box set of this and that it won't be a SDCC Exclusive. 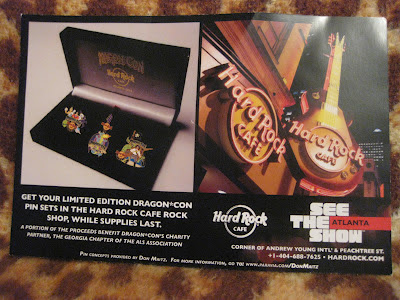 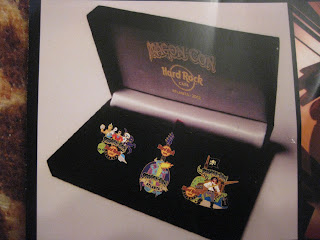 I posted this just because I thought it was really cool that Hard Rock did Dragon*Con pins. And I forgot to go and buy them. Dammit. 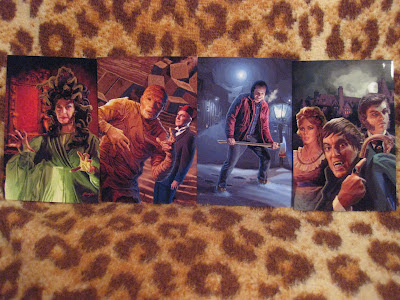 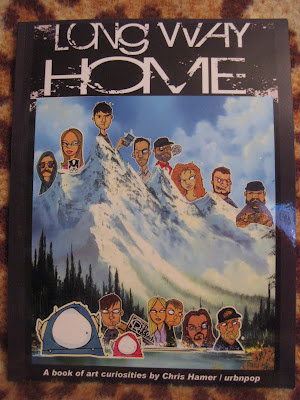 Finally we come to Long Way Home from Atlanta-based artist Chris Hamer. It's a collection of his work and it's awesome. Everybody in my family is a fan of Hamer's work. Lil' Troublemaker has two prints hanging in his room and I spent an inordinate amount of time at one con discussing Anthrax with the guy. The band, not the deadly stuff. Please do yourself a favor and go check out this guy's work. His work is very distinctive and stylized, yet still broadly appealing. The Creature pic at the top of the page is hi and a good representation of what he does.

That's it for now you guys. I have to go and ship this eBay thing that some douche took nine days to pay for and is now riding me about shipping it.

I told you after Dragon*Con, fucknuts.