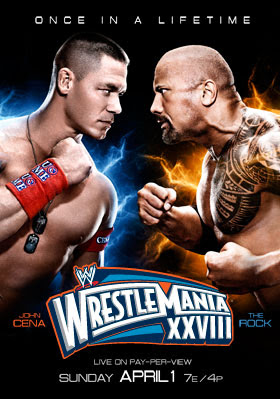 Please don’t take the fact that I’m posting this before my recap of Friday night’s Platinum Championship Empire Wrestling show to mean I place more importance on WWE’s offering or hold it in higher regard. Believe me – I don’t. This weekend just ended up being crazy.
I forgot my camera Friday night and had to use my phone to take pictures, then Mrs. Troublemaker’s when my battery died. For some reason it is a huge pain in the ass to transfer pictures from my phone to the computer and I just haven’t had time to do it yet, so I don’t have my visual references to help out my weak recapping skills. But hang in there. Hopefully it’ll be up tomorrow or Thursday.
You might wonder why I need pics for PCW and not for WrestleMania. It’s because I just don’t care as much about doing WrestleMania justice. It certainly didn’t do much to deserve my diligence Sunday night.