Toy Review: Fearless Photog... OH, WAIT - NO PHOTOG FOR ME 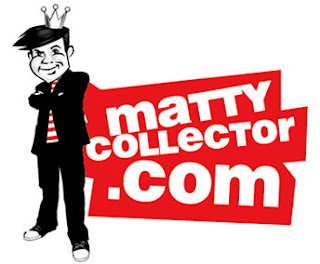 Note: Today should have been a write-up about a great toy store, but Matty really pissed me off on Sunday. So here's this instead.


Thanks to the monumental fucktardery of the inbred asshats that operate as a company called Digital River and just a bit of my own stupidity and foolish expectations I will not be getting the one Masters of the Universe Classics figure I was anticipating above all others this year.
The amazingly outlandish Fearless Photog went on sale February 15, 2012. I woke up early after a night shift and not more than three hours of sleep just to be sure I got my order in. I didn’t really expect Photog to sell out quickly, but I also didn’t want to chance missing out on this internet legend.
Back when he was first announced at Sand Diego Comic Con I could scarcely believe it. I have been a loyal reader of X-Entertainment.com for many years now and have always cherished the story of Nathan Bitner and his mad, camera-noggined creation. It was so important to me to own Photog that I almost subscribed to the 30th Anniversary MOTUC figures even though I specifically do not want Draego and didn’t have a lot of faith in the quality of future offerings. I did not trust that Geoff Johns or some random toy fan would be capable of producing a figure I was interested in owning. After years of playing wrestling video games and being privy to the creative capabilities of others via their create-a-wrestlers I am confident I was right about the fans, but I was wrong about Johns. His Sir Laser Lot is fucking rad. 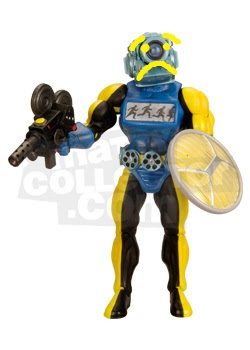