Toy Review – Classic Doctor Who: The Chase By Underground Toys 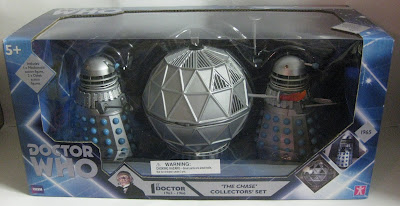 I have not actually seen the episodes of Doctor Who that inspired this set.

I have only seen a few William Hartnell stories. I very much want to get to them, but they just aren’t as high a priority as catching up on the adventures of the last four Classic Doctors. I’ve seen the first few Hartnell stories and while they are novel and interesting, they suffer from the same curse as many of the first three (and even some of the fourth) Doctor’s adventures – they are almost terminally slow at times.

But if I were going to pick out a story featuring the original Doctor, there’s a good chance it would be “The Chase” since it features not only Daleks, but geodesic war machines. That’s certainly why I wanted this set. The Daleks look very retro and cool and that sphere is just awesome.

First Glance: This set is so old-school science fiction. Sometimes I miss the idea that everything in the future would be silver. 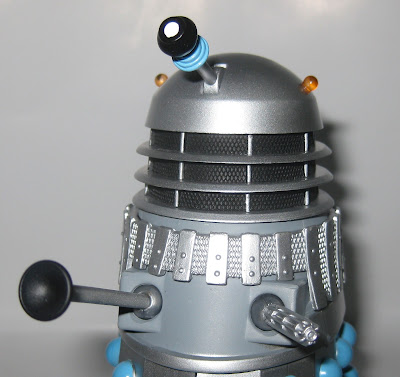 Sculpt: I once again have to point out how awesome Character Options is. Rather than simply repainting the same Dalek mold over and over again, they have actually recreated the distinctly different looks of the killer cyborgs as they have appeared on Doctor Who.
Mattel would have just repainted the 2005 figure and expected people to deal with it, writing it off as a “budget challenge related to tooling costs” and claiming the need to “maintain characters that moms recognize”. Actually, now that I think about it, Mattel wouldn’t even have fucking made these Daleks in the first place. And that is why I have no problem paying the same for a 5” Doctor Who figure that I would pay for a 6” DC figure.

The two Daleks in this set are identical. They have rotating domes (heads?), pivoting eye stalks, ball jointed weapon stalks (that are also interchangeable), and wheels under their bases. The wheels are extremely loose and mobile and allow the figure to roll smoothly in any direction without stalling.

I can’t speak to how accurate the figures are to the story, but these Daleks are noticeably different from others I own. They are shorter, for one; and the lights on their heads are placed very differently and are smaller. The detailing on the body panels and upper portion is great, and the mesh behind the neck disk thingies has a nice texture. 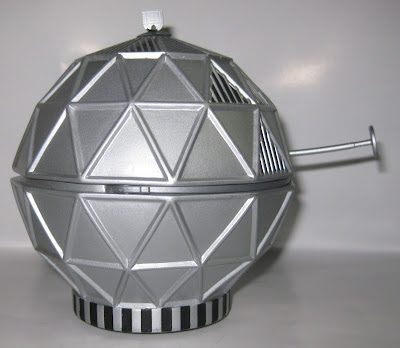 The Mechanoid is just such a cool novelty. Like the Daleks it has wheels underneath and they roll very nicely. There is a single weapon stalk on the front (?) that can be switched out between inert and flame-shooting modes. These parts can also be switched out with the Daleks. 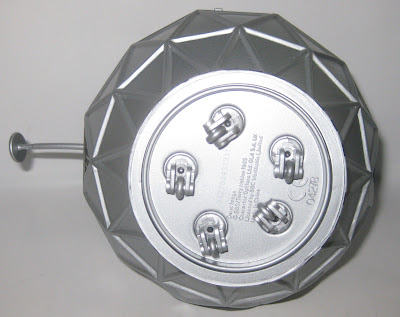 The rest of the Mechanoid is really neat. There’s a little antenna on top and the patterns on the sphere just look great.

On the Daleks and the Mechanoid all of the lines are very tight and solid. These look like mechanical instruments of death. 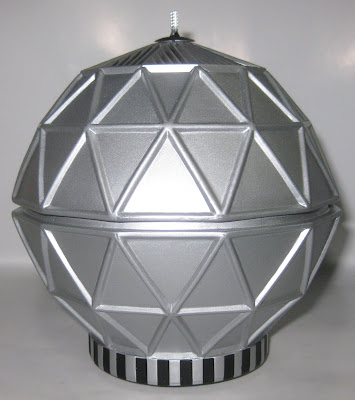 Design: The Mechanoid boasts very little in the way of paint. There are brighter metallic highlights on the silver base and the “flame on” weapon stalk is molded from a translucent plastic that is painted on the base so the flames look extra cool. 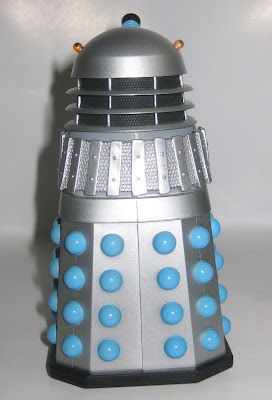 The Daleks are also simple but accurate. I really love that all of CO’s Daleks have translucent lights on top. It’s such a nice touch that makes the figures look more like little models. The paint detailing is solid and clean. These guys look crisp and manufactured, if that makes sense. Daleks should look like they came off an assembly line and these two fit that description. 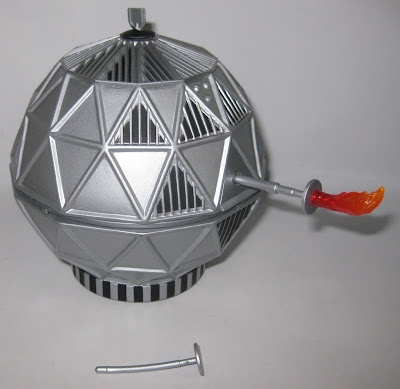 Accessories: The only real accessory in this set is the inert weapon stalk for the Mechanoid. It’s fine. Normally I would display a toy with the non-active weapon option, but the flames look so neat on the other weapon that I’m leaving it on. 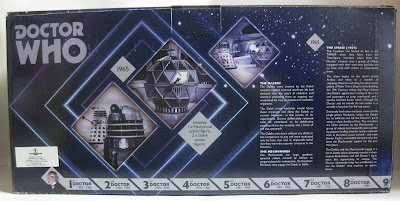 Packaging: A basic window box with the new Classic Doctor Who design that I’ve been digging so much. I dream of the day that I will actually see four or so feet of Doctor Who toys in a toy aisle. 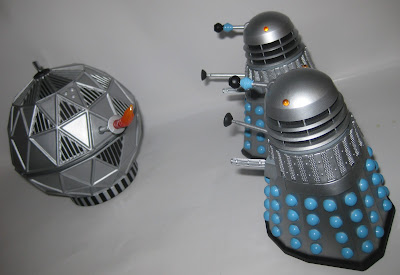 Overall: This is an awesome set whether you’ve seen The Chase or not. Everybody can appreciate Daleks, and these two are my favorite so far. And the Mechanoid is just cool. I can’t think of anything that would make this set better.

As always, my first recommendation is that you buy this from JRsToyWorld.com. If he’s out, BigBad has it for slightly more.