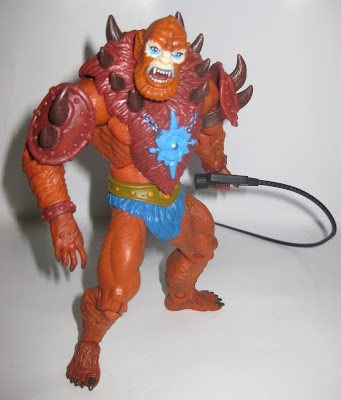 Beast Man was one of the few Masters of the Universe figures I had when I was a kid. He might have actually been the first one I got – I’m not sure. Either way, I hated him.

I’m going to be honest and maybe offend some folks here, but Beast Man was a very stupid-looking toy. He is the only instance I can think of where orange and blue do not look cool together and his face is dumb. He was an idiot on the cartoon, too. I mean, everybody on the cartoon was an idiot except maybe Man-At-Arms, but you couldn’t tell when you were eight. But even an ignorant, nose-picking eight-year-old could tell Beast Man was a grade-A moron.

I have since softened on Beast Man thanks to the MYP cartoon and nostalgia, but I still wasn’t going to buy a Classics version. But then he went on sale and I thought, “Geez, I really should have Skeletor’s #1 henchman, and also he comes with a whip and whips are cool.” So I ordered one.

Note: I really can’t stand it when people refer to Skeletor as “Skelly”. I know that’s unreasonable, but it drives me fucking nuts. It’s part of the reason I don’t go to the Matty forums any more than I do. 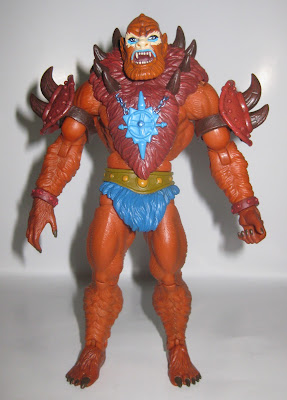 First Glance: Once again, this figure looks far better than the little thumbnail on the site and manages to do a great update to a lame figure. They’re not all winners in MOTUC, but it looks like Beast Man might be. 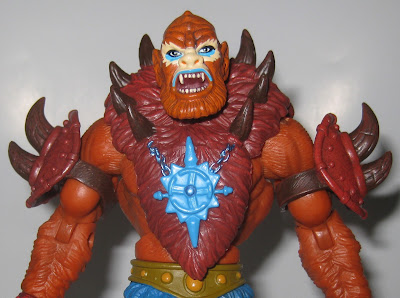 Sculpt: Beast Man has the standard MOTUC articulation. He also has a hairy body, which makes a big difference in how cool the figure seems. All that texture gives him a lot more personality than he would otherwise have.

All of the joints on mine are tight and functional, which actually surprised me a bit given that he was one of the earlier releases. I was really expecting some sort of issue with the construction.

Beast Man’s head is very similar to the original version. A bit more detailed, obviously, but instantly reminiscent of that old sculpt. Which is fine, because the sculpt wasn’t the problem with the original – the paint was. 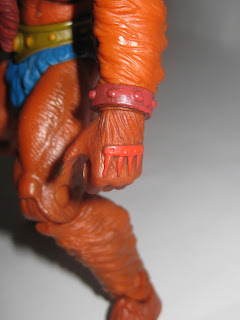 This is a figure where the great articulation of the MOTUC line really comes into play. Thanks to the numerous and flexible joints, you can give Beast Man a stance and posture that really make him stand out from the rest of your figures. His bestial hunched-over look makes him look almost like an entirely different buck. 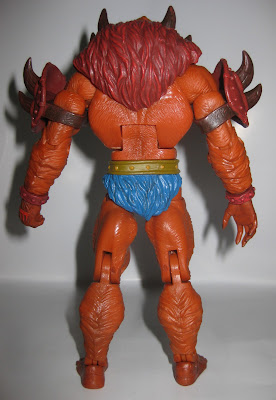 Design: And this is where Beast Man becomes excellent. His face is awesome. The markings don’t look like somebody smeared white-out on his cheeks anymore – they look like a face. His eyes are tight and accurate and the mouth is as well. The fangs and black portions are clean and look great.

There isn’t much to Beast Man’s body, but it seems like a much better shade of orange to me. The claws are detailed nicely and stand out from the rest.

Beast Man’s loin cloth looks really cool, too. I know that’s not very descriptive, but look at it – it just does. 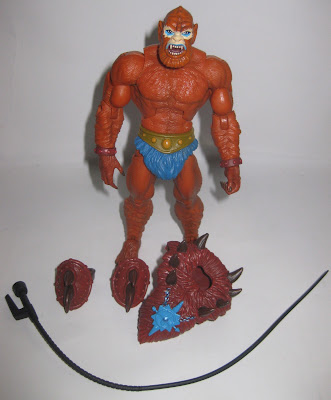 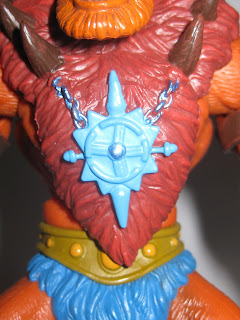 The sculpt is very detailed and fine and the medallion almost looks like a separate piece. The paint on these items is outstanding.

The whip is a whip. He can hold it just fine.

Packaging: Apparently I had no intention of reviewing poor ol' Beast Man, but I've tried to make up for the lack of packaging pcitures below by providing shots of the guy doing stupid things. Please enjoy. 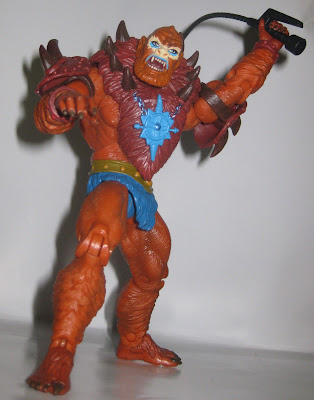 Overall: I did not expect to love this figure, but I do. The Horsemen really knocked it out of the park with this one. I can’t think of a thing I could do to improve him.

BigBad has him. Probably eBay as well, and I’m betting he’s a heck of a lot cheaper now than he was a couple of months ago. 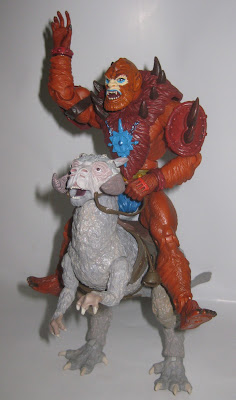 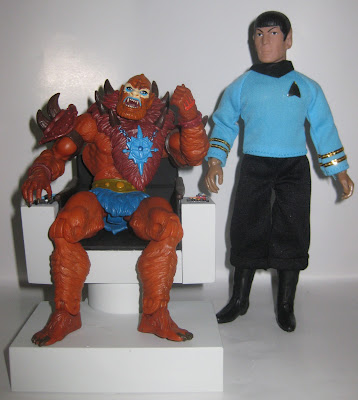 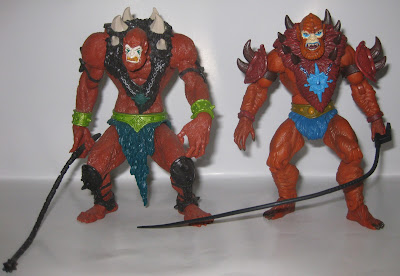 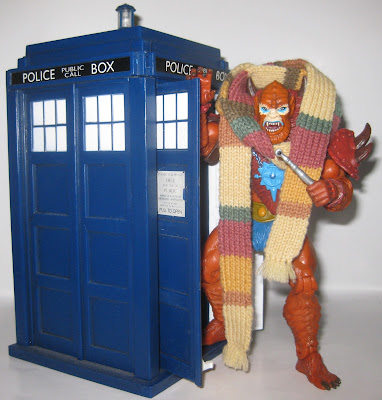 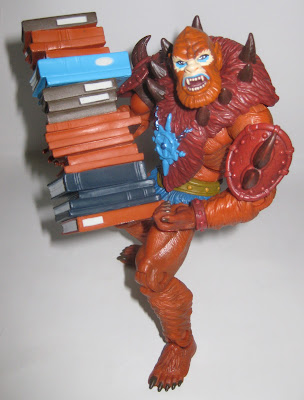 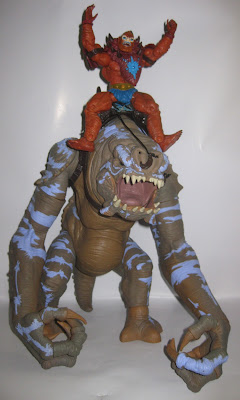 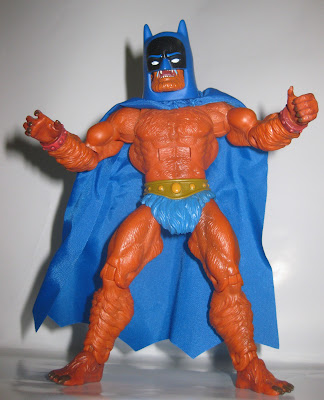