Some Long Ramble About Joss Whedon and Maybe Firefly 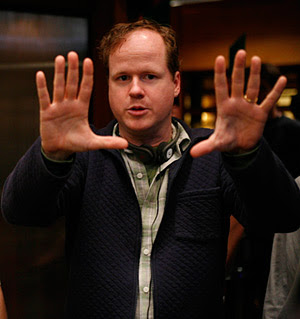 Bear with me. I’m not sure where this is going to go or how long it’s going to take to get there.
I am a devoted disciple of Joss Whedon. Not from the beginning or anything. I resisted the televised version of Buffy the Vampire Slayer for years. It was a teen drama. I wasn’t going to watch that pussy shit. Give me Fear Factor and pro wrasslin’ and keep your girlie crap to yourself, thank you very much.
But then sometime around the turn of the century (what an awesome phrase to be able to use) I saw a commercial for a “Very Special Episode” of Buffy. According to the ad the episode would be almost entirely silent. And then they gave a glimpse – albeit a brief one – of one of the scariest monsters I’ve ever seen. I had to check it out. Yeah, that dippy blonde was still going to be in it with her stupid teenage friends, but it looked creepy as hell. 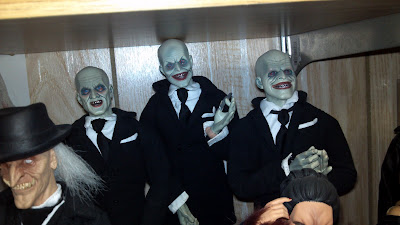 Most of you already know that the episode I’m talking about is called “Hush” and that it is one of the finest hours of television ever aired. I thought so after watching it and still do. I would have been hooked if not for the fact that the very next episode was so steeped in ongoing storylines that I couldn’t figure out what the heck was going on. Stupid Army Franken-monster.
The next time I watched Buffy it was the end. Literally. I tuned in to the series finale just because such a big deal was being made of it and I was curious to see how such a beloved and long-lived show wrapped up (I know that seven seasons isn’t technically all that long, but compared to other shows that I’ve loved it seems like an eternity). I thought it was pretty epic and cool, but I didn’t like how [SPOILER ALERT!] they just turned all the girls of the world into Slayers. And I still don’t.
So I enjoyed “Hush” and “Chosen” more than I enjoy a lot of things. But it took a little longer for me to get hooked. At some point during my career at Wherehouse Music I had picked up a box set of Buffy episodes on VHS. It was part of a closeout sale and I got it for a buck or so. And then stuck it in a box under my couch, where it stayed for quite some time. A few months after “Chosen” aired I got sick and quarantined myself in my apartment for a couple of days. It was one of those sick times where you just don’t feel like doing anything. I didn’t feel like going and renting a movie. I was too broke to go buy anything after a doctor visit and a prescription. There was no OnDemand at the time and poking around the internet is just exhausting. I remembered the box of unwatched clearance VHS under the couch and put forth the Herculean effort involved in dragging it out. Buffy was sitting right there on top, so I pulled it out and somehow managed to get it out of the shrink wrap so I could crawl across the living room (it was all of four feet) to shove the tape into the VCR (out of curiosity, who here still owns a VCR?).
The episodes in the set were from the last part of season 2. Many of you out there probably just started weeping openly at the mere mention of them. I know I did. I won’t go into all the details because I plan on spending at least a week on Buffy next time I decide to watch the whole thing over again, but “Becoming” may well be the very best season finale I have ever seen. I got nerd chills right then just writing that.
So that was the point where I got stone-cold addicted like a hooker on crack. As soon as I got paid again I bought season 3 on DVD so I could find out what happened. I got through the third season in less than a week and bought seasons 1 and 2 at the same time so I could catch up to where I was. After taking those in, I watched 3 again (it’s still my favorite) and then bought 4. Season 4 not only had “Hush”, but it also led to my next Whedon addiction – Angel. I can’t remember exactly when what came out, but I ended up having to wait for either season 5 or 6 of Buffy. So I decided I would check out Angel in the interim. Naturally, the first season of Angel was as good as anything Whedon & Co. had done on Buffy (some was better, some wasn’t – it was all slightly more adult, though) so I was hooked on that, too.
Now, at this point, Angel was still actually on TV. So I started watching that. The last season was shaky, but I liked it for the most part. Enough that I was pretty severely bummed it was the last season.
It was also around this time that I met the future Mrs. Troublemaker, who was also a big Buffy fan. We were starting to get serious when the final season of Buffy came out on DVD. It was then that she discovered exactly what kind of lunatic I am and stayed with me anyway. You’d think the Buffy tattoos would have tipped her off. 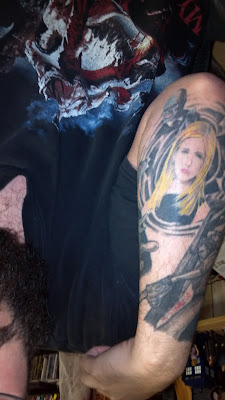 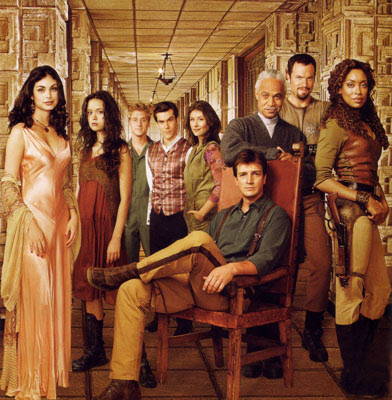 I’ve seen a lot of my favorite shows cancelled before their time – War of the Worlds, Stella, Terminator: The Sarah Conner Chronicles, Dollhouse (probably the least of Whedon’s efforts, though still great), Human Target and The Cape just to name a few. Firefly is the one show I would choose to bring back if I could.
I love how it is essentially the story of the Tams, but is also the story of Captain Malcolm Reynolds and his first mate, Zoe. And her husband, Wash. And Jayne Cobb and Kaylee – who is so adorable I truly believe sugar wouldn’t melt in her mouth – and I think if the show could have gone on for as long as it should have it would have been a whole lot about Shepherd Book. And of course, Inara the Space Prostitute. Or Sprostitute, if you will.
It hurts me to listen to the cast and crew talk about the show. Plenty of people involved with different shows are enthusiastic when they talk about their work, but this group of people are clearly a family that want what they had back and were for the most part terribly hurt when it was taken away. Serenity seems to have been a bittersweet finale for all of them. They were glad to have the opportunity to close the story, but disappointed that it was the end.
Maybe someday I’ll get around to a discussion of the show itself. That was my intention today, but I’ve already put down 2,300 words and that’s really enough. I started on this one a couple of months ago and wasn’t entirely sure where I was going, but I think I’ve gotten there.
Until next time, stay creepy
-Phantom

I know things are tight this time of year, and I'm not ever big on being sincere. But an incredible person has passed away. His family needs help with medical bills. I can't tell you what kind of impact this man - who was just a kid when I knew him - had on my life, but I wouldn't be the person I am today if I hadn't known him. I believe every person who ever met Glenroy Walker was richer for the experience. He leaves behind a young wife and two kids.
I know most of you guys don't know him, but know that he contributed to who I am and if you've ever laughed with me or at me or enjoyed anything I've done, just send a couple of bucks this way. I'll never ask you for money for me, but this is important.
This world is poorer for his absence.