I was going to wait until each of the New 52 titles I am reading had completed their first story arcs before doing this, but I think I already have a good idea of what I’m keeping and dropping. Which is good, because I want to go ahead and tell the comic shop which titles I’m not going to be picking up after their sixth issues so they don’t get stuck with extra inventory. I suggest you do the same. It’s a lot easier for those guys to track down extra copies if something miraculously gets better and you decide to keep it than to get stuck with books that will never sell.
So far it looks like DC’s relaunch has been a success. The sales didn’t just maintain after the second issues came out, they improved, breaking Marvel’s nose with a hobnailed boot; as it were. Seriously – the guys in the Marvel offices have to be shitting their pants about now. From what I understand comic shop patrons are cancelling Marvel books left and right and picking up DC or, worse (for Marvel) indie books. The last thing Marvel wants is a second major competitor.

For the purposes of this article I am working off of my original New 52 list. I’m leaving it in the format of which books I thought were sure-shots and which ones I wasn’t too sure about., with an addition at the end for books I ended up getting even though I hadn’t planned to.
Let’s see how everybody’s doing.
These are the titles I was curious about but was going to wait to find out more before I committed. 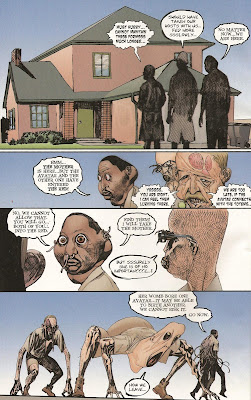 So I’m good with it for the time being. Verdict – Keeper and among the best
And now for the stuff that I had no intention of buying, but did anyway:
Until next time, stay creepy
-Phantom