Note: I want you all to know that I love you people, and that this is the kind of torture I put myself through to create enough material for the month and break things up a little bit so 31 Days of Halloween is not all toy reviews.
Before we go any further I have to point out that my son is three years old and I cannot wholly endorse his taste in anything. While he has taken in Episodes IV-VI of Star Wars in basically a single sitting and walked out of The Phantom Menace, he likes Dora the Explorer and that awful fucking Gumball show. So he’s got a good foundation, but clearly there is a lot left to learn.
I’m just saying don’t hold it against him that he enjoyed Spooky Buddies. I’m trying not to.
If you’re not familiar with Disney’s Buddies, they’re five adorable golden retrievers that talk and have adventures and possess the uncanny ability to remain absolutely still while humans actually do stuff and lousy animators make their mouths appear to move. This is their fifth direct-to-home release, with other entries consisting of them helping Santa, skiing and being shot into space. Sadly, they returned from that last journey to curse us with this newest Halloween-themed “adventure”. 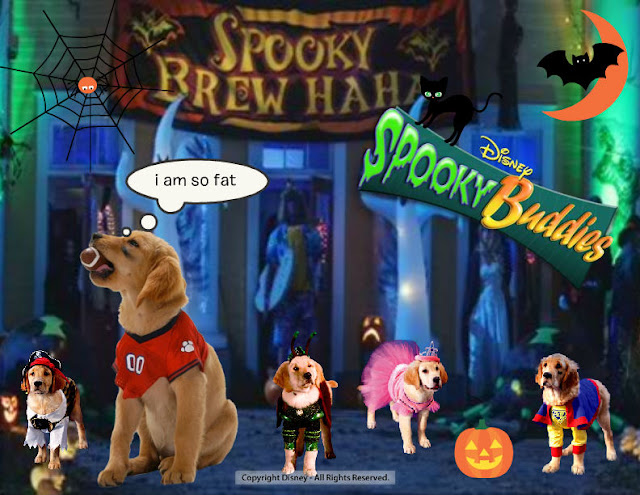