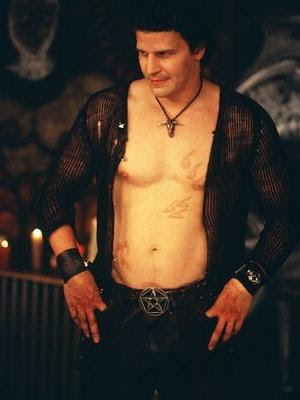 Being strapped for ideas for this month of Halloweeny goodness led me to consider past subject matter. And since “Dragon*Con 2011 – Hot Dudes” got me more response than any ten other articles I’ve written, I thought it would be a wise decision to do some more Hot Dudes.
Uh… I mean write another Hot Dudes post.
This time around it’s the same kind of thing – sarcasm/Since I am an expert in what ladies and gay fellows would want in a man\end sarcasm, I’m going to take a look at the guys who have featured in horror movies over the years and figure out who makes those panties moistest.
If you want a Hot Ladies of Horror list, check out my post from last year. I guess next year I’ll be judging the monsters’ sex appeal.

10 - David Boreanaz
Since we’re talking movies here, you might think Boreanaz isn’t eligible. After all, he’s famous for portraying Angel/Angelus on television - one of the broodingest sexy man-vampires to ever come down the pike. But let’s not forget his starring role in the so-bad-it’s good Valentine as high school loser turned hunky slasher Jeremy Melton and also his villainous role as Luc Crash in the abominable The Crow: Wicked Prayer. Also featuring in this wretched piece of crap are Edward Furlong and Tara Reid. Go ahead and laugh for a minute while you think about that. I’ll wait.
Okay, I am not really one to pay particular attention to another fellow’s undergarments, but I have to admit to being baffled by Boreanaz’ choice of tighty-whities for this role. That particular style of underpants is fine if you’re Jack Black or Chris Farley going for a laugh, but if you’re supposed to be some kind of tough guy you should probably avoid them. Or any kind of guy at all, really. I have never once heard any ladies express a fondness for those things. 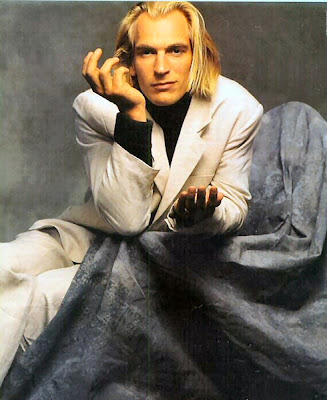 9 – Julian Sands
Sands has had a number of notable roles in the horror genre – the poet Percy Shelley in Gothic, Dr. Atherton in Arachnophobia, and Sir Lancelot in Biker Mice From Mars. Sands was also the demented sex creature Yves Cloquet in Naked Lunch; a truly disturbing adaptation of the work of William S. Burroughs (like there could be any other kind of adaptation of Burroughs’ work). But Sands is mostly known as the titular character from the excellent Warlock.
No matter the role, Sands always comes off as mysterious, suave, and intelligent. And ladies love that stuff. 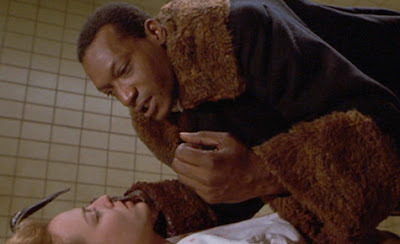 8 – Tony Todd
Whether he’s oozing sexual subtext in one of the Candyman movies or being all heroic and badass in the Night of the Living Dead remake; there’s no disputing Mr. Todd’s manliness. He can gut a victim in one stroke, fend off a horde of zombies, or school you in the ways of Death. 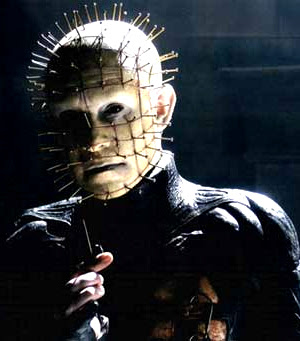 7 - Doug Bradley
Doug Bradley is the biggest American sex symbol in Japan. I am not going to go into any generalizations about any sexual deviance or perversion that may or may not be very, very prevalent amongst our friends across the Pacific. But I will say that that is one HUGE fucking accomplishment. 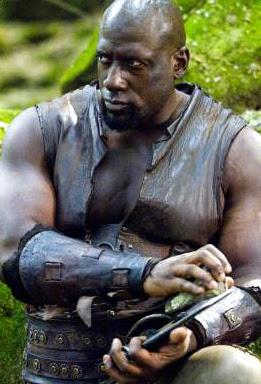 6 – Kevin Grievoux
The name may not be immediately familiar, but the guy would be. He’s been in many genre features but is most notable as the gigantic, thunder-voiced lycan Raze in the Underworld movies. And I guarantee you right now that if there were any ladies reading this they went, “Ooooh…” 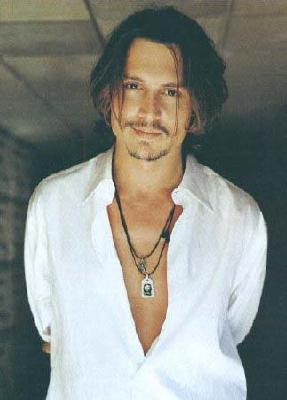 5 – Johnny Depp
A Nightmare on Elm Street, Sleepy Hollow, The Ninth Gate, From Hell, Secret Window, Corpse Bride, Sweeney Todd – all dark and ghoulish tale featuring Mr. Depp, who is undoubtedly considered one of the sexiest fellows to ever come out of Owensboro, Kentucky. 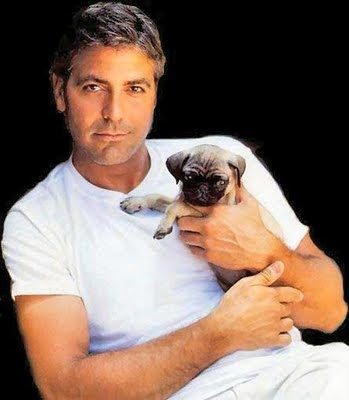 4 – George Clooney
You might be wondering how such a legitimate hunk of Hollywood beefcake made it onto a list as genre-oriented as this one. Easy. And I’m not talking about the excellent tribute to Adam West that was his performance in Joel Schumacher’s Batman & Robin. I’m not even strictly talking about Seth Gecko in From Dusk ‘Til Dawn. No sir. What gets Clooney his genre cred is Return of the Killer Tomatoes: 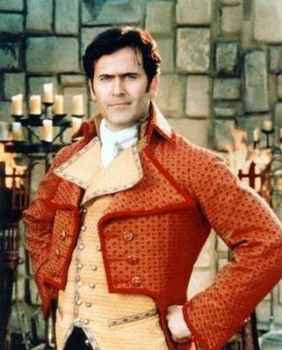 3 – Bruce Campbell
The Chin placing at third on this list is less an indictment of him than it is a ringing endorsement of the top two contenders. Because to have beat out the greatest and most popular B-movie actor of all time is nothing short of astonishing. Campbell is so revered that not even those dicks who sit around the internet bitching about things that people like just to be jerks will talk shit about him. Bruce Campbell is pure charm and charisma through and through. And the fact that he plays such an arrogant dickweed only adds to his appeal. They may deny it, but I don’ think there are many penis-preferring ladies on this planet that wouldn’t swoon if they met a real-life Ashley J. Williams. 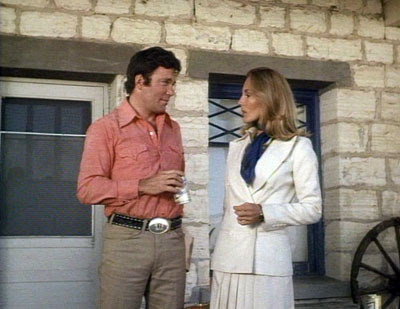 2 – William Shatner
You know what’s awesome? Cutting and pasting an entry form an older article because somebody was not only a guest at Dragon*Con but also starred in the classic Kingdom of the Spiders, one of the scariest movies I have ever seen.
Yes, he is a very old man, but Shatner has so much going for him. First and foremost he is Kirk. The Kirk. Others may play the role, but none will ever be James T. Kirk in the way that Shatner is. Also, he’s Canadian. Canadians are nice. Really nice. While your younger girls may not go for that, older more intelligent ladies understand the appeal of somebody who isn’t an asshole. Finally, Shatner loves to listen. This is without a doubt the number one most appealing quality to almost any female in the world. And we know from Shatner’s interview show – Shatner’s Raw Nerve – that he is a master of listening and understanding feelings. This makes him a very desirable catch. 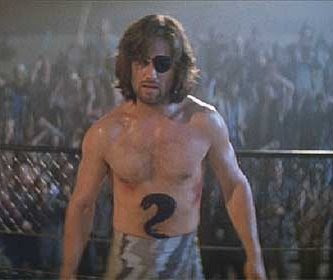