31 Days of Halloween: The Big Finale! 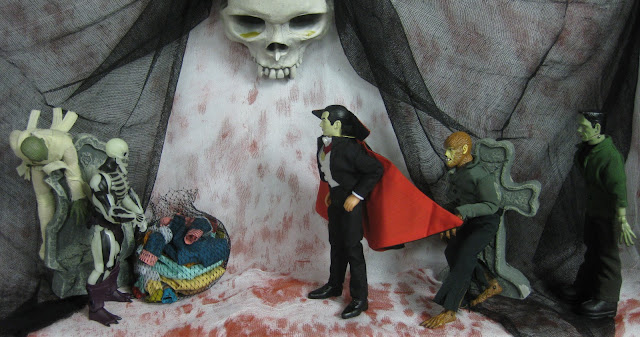 Scareglow – “Wow! Hey you guys – thanks for showing up! I’ve got your cos… uh, your overalls right here. I hope you’re ready for some serious undercover work.” 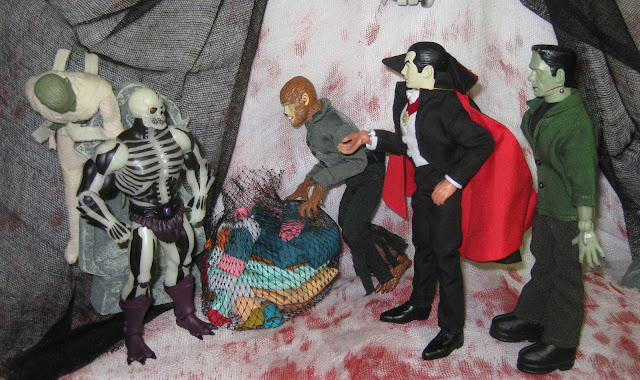 Dracula – “Those are some very interesting colors.”
Scareglow – “Oh, it’s all part of the scam, Drac my man.”
Dracula – “Do not ever call me that again.”

Scareglow – “Hey, mind if I ask why your body is a different color than…”
Dracula – “Yes.” 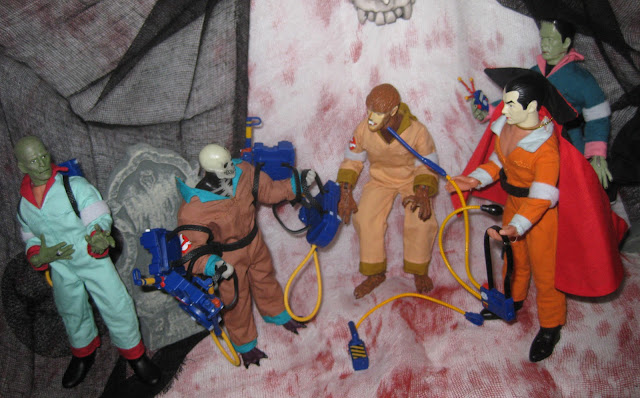 Scareglow – “Okay you guys. Here’s your gear. Each of you get one of these uh… high-tech burglary packs. Frank, you get this… motion detector. And the… money sensor goes to you, Dracula.
Dracula – “Money sensor?” 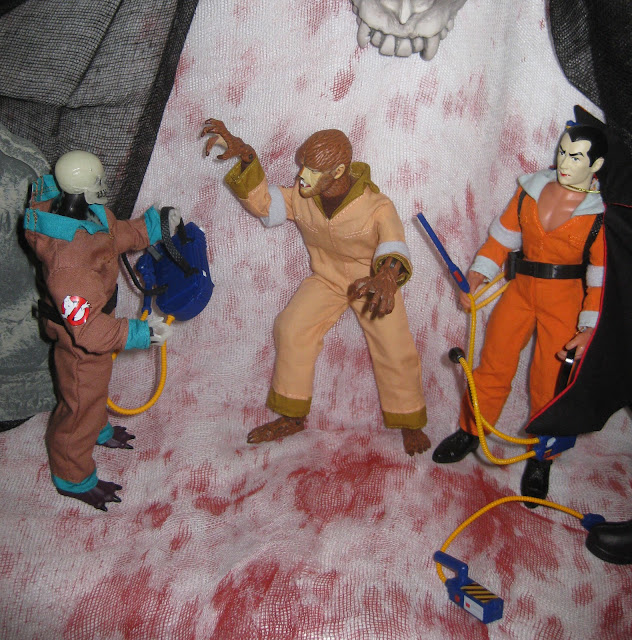 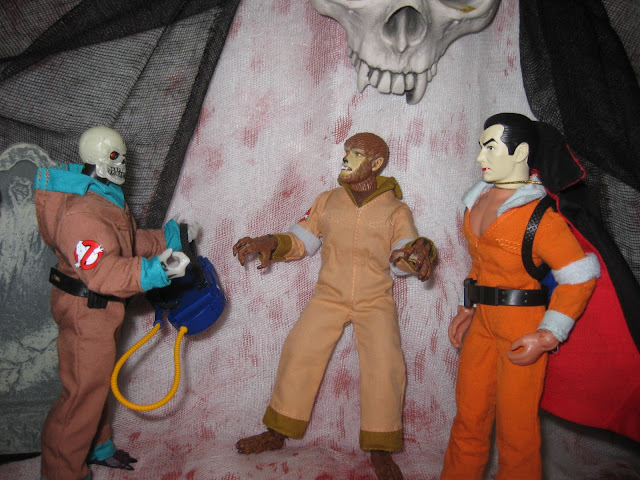 Scareglow – “Okay Dracula, maybe you should put this on him.”
Dracula – “I am not going to say vhat you vant me to say.”
Scareglow – “C’mon, dude!” 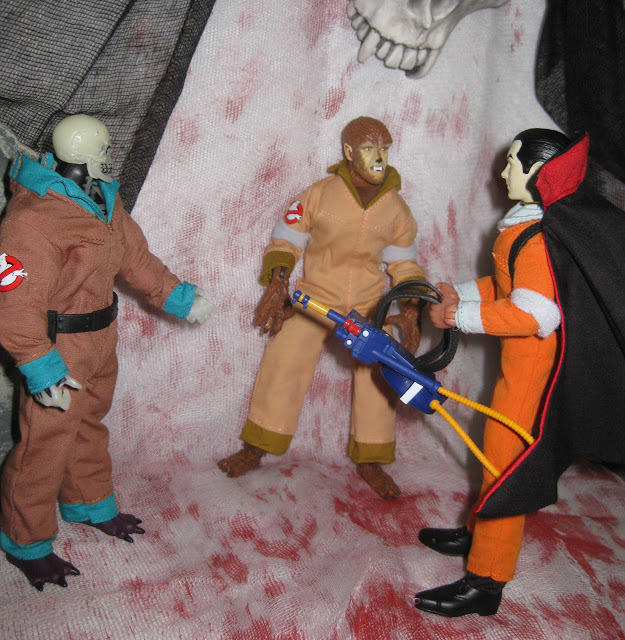 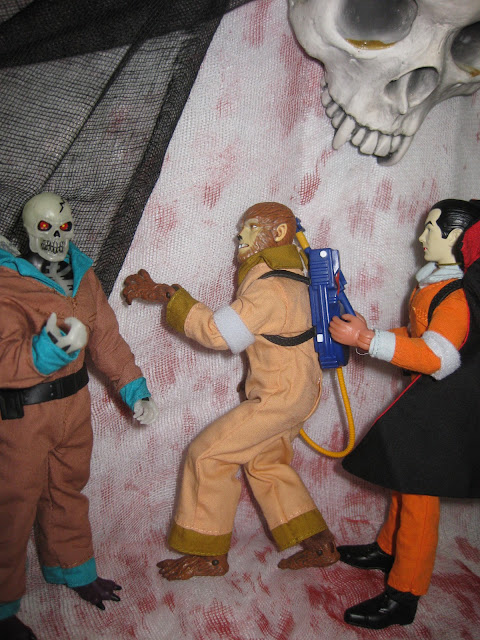 Scareglow – “OHMIGOSH! Ms. Dushku! It’s so awesome to meet you! I like Faith sooo much more than Buffy!” 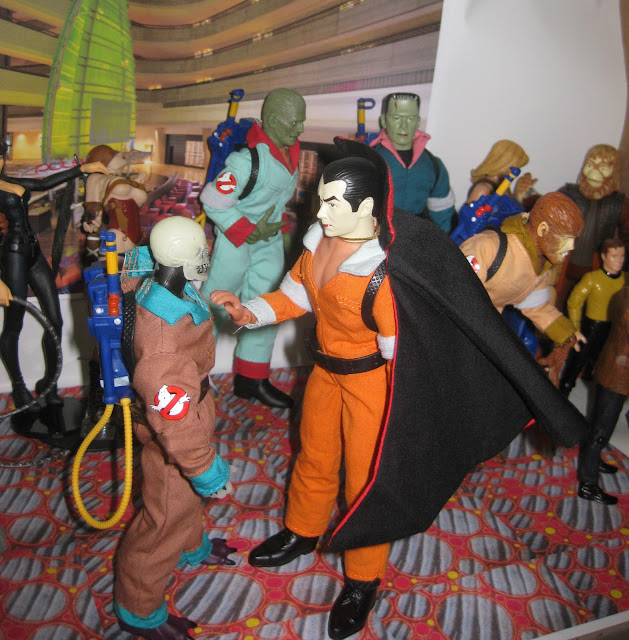 Dracula – “You son of a bitch.”
Scareglow – “Uhhh…”
Dracula – “This is a fucking comic book convention. And you dressed us up as the fucking Ghostbusters.” 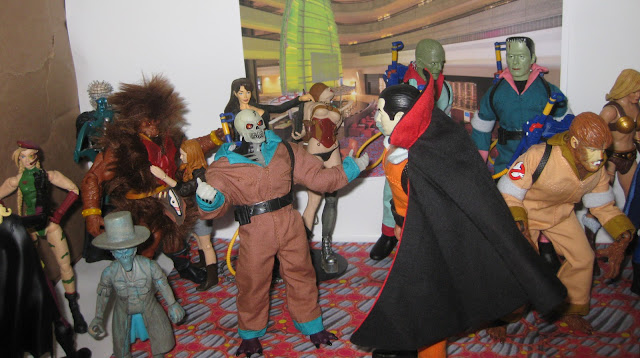 Scareglow – “No way, dude. This isn’t a comic convention – this is Dragon*Con.” 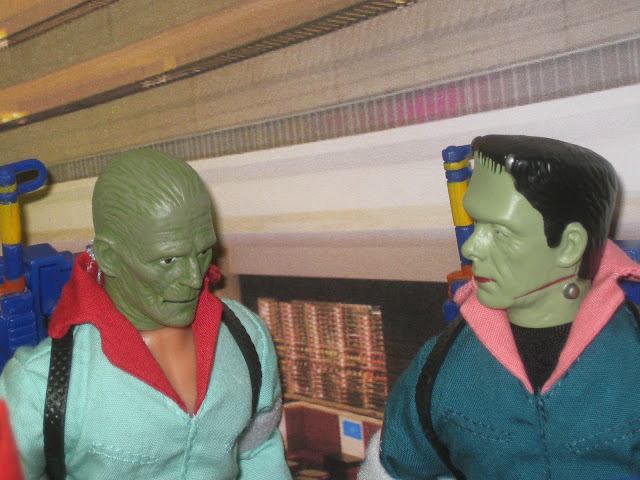 Frankenstein’s Monster – “Wasn’t Dragon*Con like, two months ago?”
Mummy – “Shut up, man. It’s for the bit.”

Scareglow – “Look, none of my buddies would go for this. They think cosplaying is totally lame. But I had to have four other people for the group!” 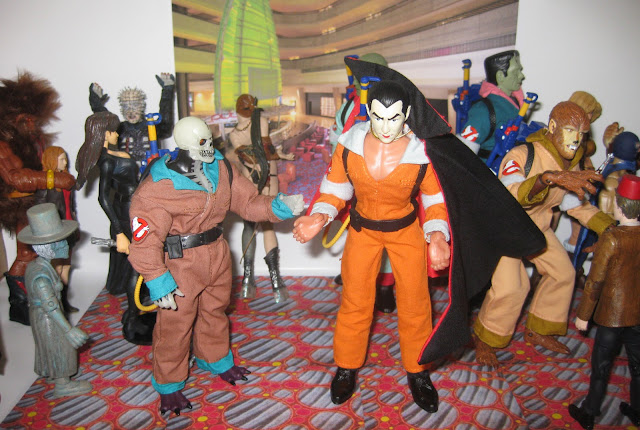 Dracula – “Vait, there are only four Ghostbusters. Vhy… vait… am I fucking Janine!?!”
Scareglow – “Dude, you’re the most… you’ve got the most… uh, you have nice skin?” 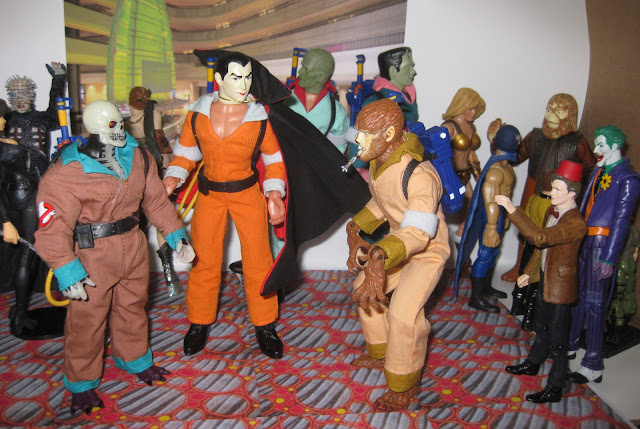 Dracula – “Oh, fuck you, man.”
Wolf Man – “rowf?”
Scareglow – “Thanks, Mr. Talbot! See, he thinks you guys should stick around and party. This is the best damn party in the whole country! And besides, she’ll be here soon.”

Dracula – “Evil-Lyn? Really?”
Scareglow – “Would I bullshit you?” 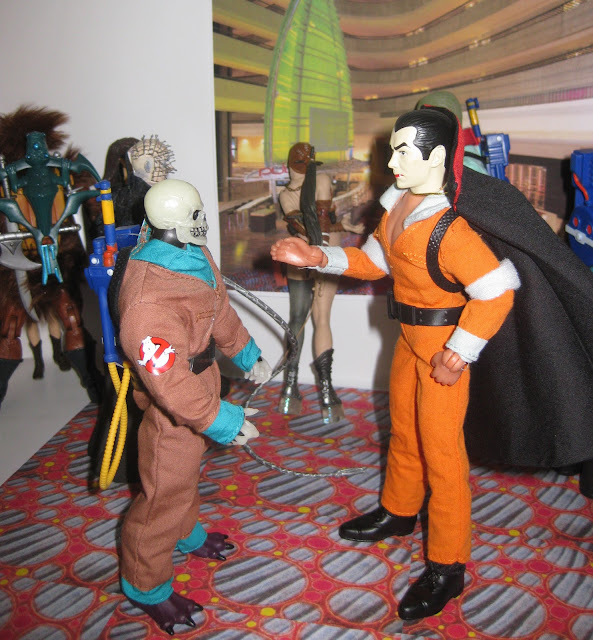 Dracula – “Clearly yes, yes you would! That’s vhy ve’re here!”
Scareglow – “No! I promise – Mer-Man said she was gonna be down around noon. She had to wait for Skeletor to meet up with the other evil guys to try and wrap Castle Grayskull up in a net of magic evil birds or something.”
Dracula – “Fine. But she better show up.”
Scareglow – “She will! In the meantime, let’s go get some pictures!” 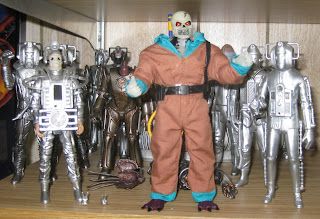 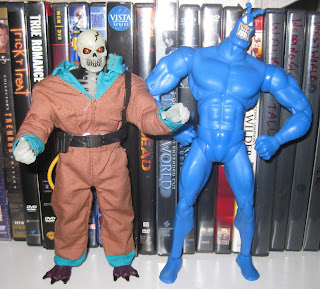 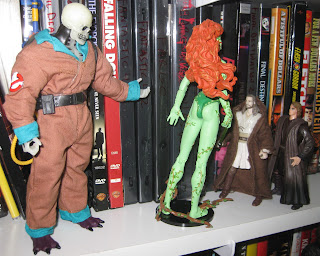 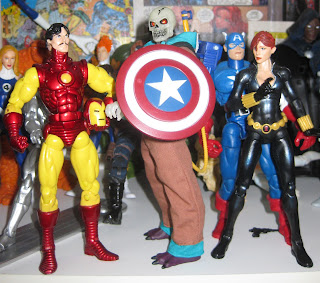 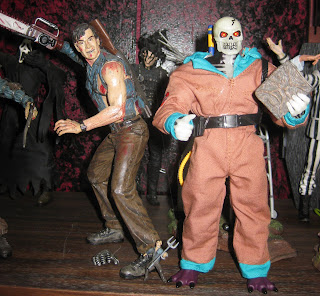 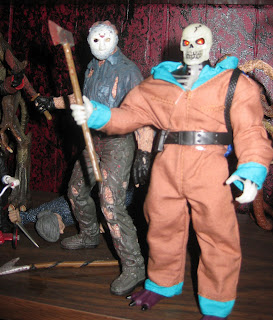 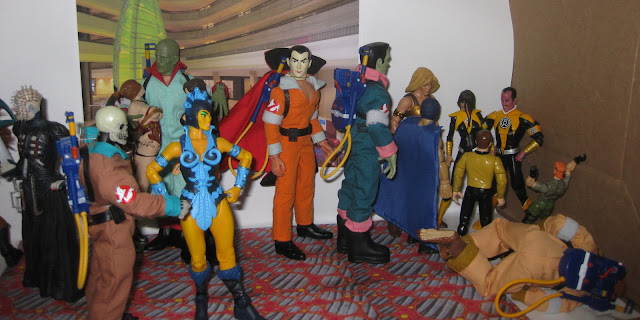 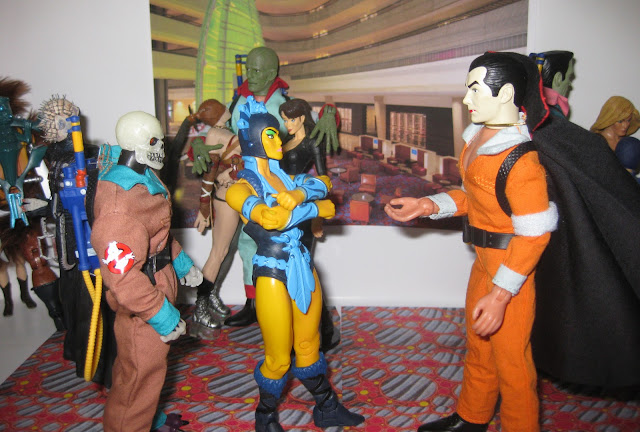 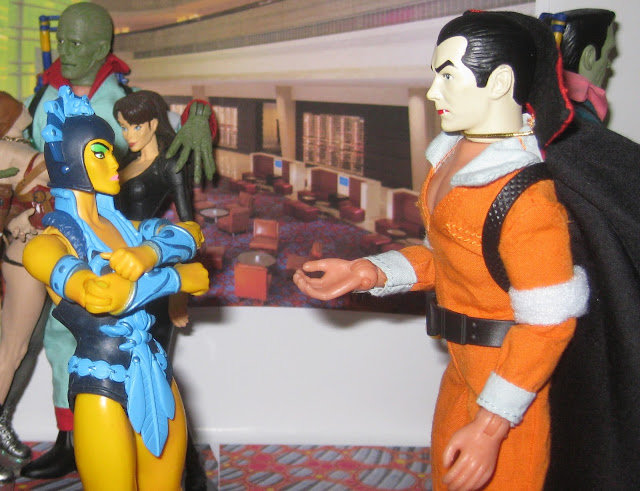 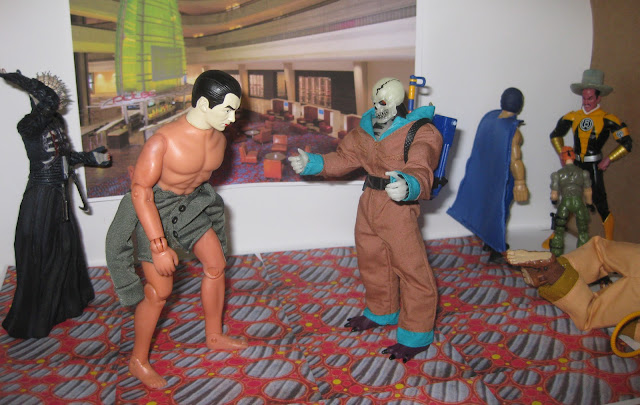 Scareglow – “HOLY SHIT! What happened to you?”
Dracula – “You know, you could have varned me about that blue guy’s cat.”
Scareglow – “You mean the giant, purple cat that he rides around all the time? I kind of thought you might have noticed it…” 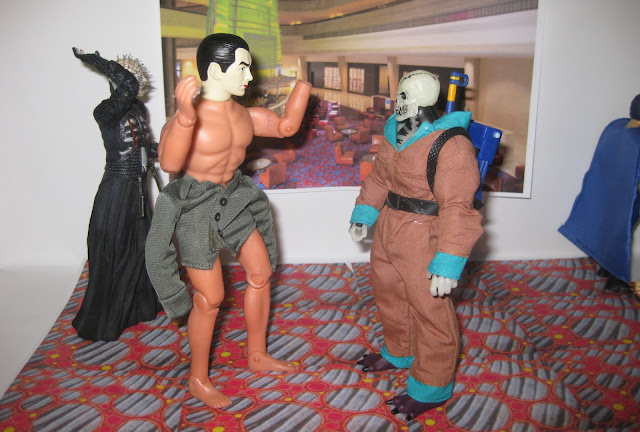 Dracula – “Yeah, vell. No. I hadn’t.”
Scareglow – “HOLY FUCK IT ATE YOUR HAND!?! Oh, man! And the costume too!”
Dracula – “And my cape. Vhat is that thing? Some kind of tiger? How the heck do you get a tiger to let you just ride it like a horse? That’s fucking ridiculous!” 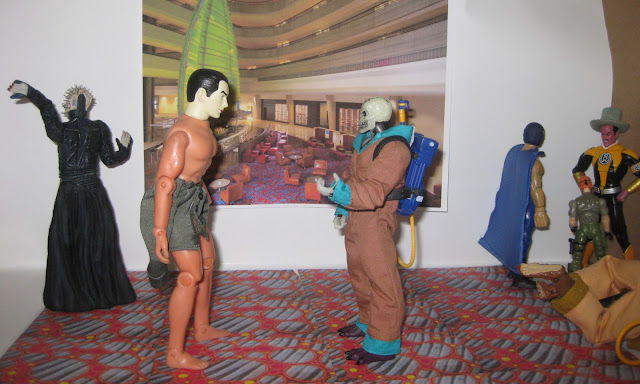 Scareglow – “More ridiculous than an anatomically inaccurate vampire wanting to get it on with a muscley blue skull’s yellow girlfriend?”
Dracula – “Fuck you, man.” 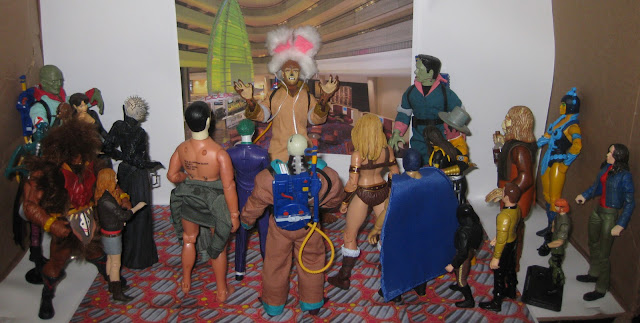 Wolf Man – “And God bless us, every one!”
31 Days of Halloween vs. 31 Days of Halloween!: The Final Chapter
11:00 AM – 7:00 PM – Ghost Hunters
Halloween score – 4
Quality score – 1
7:00 PM – 1:00 AM – Ghost Hunters Live u– Okay – I’m going to admit something. I find these live ones kind of interesting. The one with CM Punk was obviously good. This is not a bad idea, but it is also the only time SyFy should put these goofballs on television.
Halloween score – 5
Quality score – 3
1:00 AM – 4:00 AM – Ghost Hunters International – Not live, just stupid.
Halloween score – 4
Quality score – 4
And that’s how Halloween ends, folks. Not with movies or creepy TV shows, but with stupid grown adults running around shrieking at lumps in the carpet and old curtains.
Until next time, stay creepy
-Phantom
Posted by Phantom Troublemaker at 11:00:00 AM