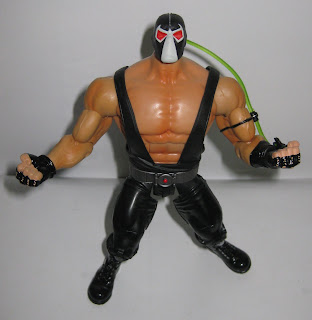 It took me a long time to build Bane, but I’m glad I did.
I’ve already got a perfectly good DC Direct figure of the Brazilian Bat-Breaker (not to mention the Arkham Asylum version I just bought); but I’ve never really felt that you can mix DC Direct with Mattel. They just don’t look right side-by-side in my opinion.
I’ve always been a big fan of Bane. This is mostly due to Knightfall and the ensuing Knight-prefixed storylines being some of my nostalgic favorites. They’re nowhere near consistent quality-wise, but it’s the biggest and most involving event of my comic collecting heydays. All people tend to think about is big, muscle-bound Bane breaking Bruce Wayne over his knee. Rarely does the amazing setup that led up to that point get mentioned. Well, until Nolan’s recent decision, anyway.
Add that to my recent completion of Gail Simone’s Secret Six comic and I decided I really needed a Bane on my DC Universe Classics shelves. In all honesty I would have preferred a version without the Venom injection unit or maybe even an alternate unmasked head, but I’ll take what I can get. 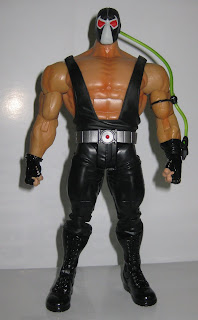 First Glance: Bane is very big. As I was collecting the pieces to make him I kind of thought they seemed a little larger than some other humanoid build-a-figures. I like that they did a version that is slightly more realistic. 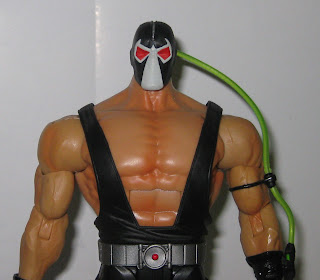 Sculpt: First off, count me as thrilled that his tank top is a separate piece. I wouldn’t necessarily have thought of that, but it makes the figure look so much better than if he had a visible joint across his abdomen.
The head looks very nice, with the plug-in on the back and the mask details sculpted in rather than simply painted. The peg Mattel used to connect the neck and the head is way too long, though. Not only does it make Bane’s head sit too high; I was extremely nervous that I might break it when I was attaching the head. Monkey’s Bane fell off the shelf and basically exploded and that neck peg was one of the casualties.
The torso and arms look great, with subtle veiny parts sculpted in. They did a great job with Bane’s shape and musculature. He looks more Bill Goldberg than Scott Steiner and I think that was the right way to go.
The gloved hands look good, but it would have been nice to either have one open or have a pair of alternate hands posed as though they were doing the thing Bane is best known for – grabbing a costumed vigilante to break over his knee. Also, the Venom unit doesn’t stay attached to his wrist at all. Or his head, for that matter. The connections just aren’t quite right. Other than that the unit and tube look very good. The unit itself has lots of little details and the tube is a pleasing transparent green.
From the waist down Bane is kind of dull, but that’s as it should be. His boots are big and clunky and fit the character well.
Bane has the standard DCUC articulation and all of the joints work well on mine. All of the parts fit together like they should. Other than the head sitting too high above the neck Bane looks great. 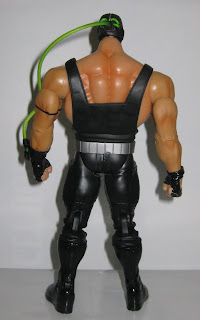 Design: Aside from the mask and the Venom unit there’s not a lot of painting to be done on this guy. What’s there is nice and clean, though. I’ve found that the build-a-figures tend to look just a bit tighter than the standard DCUC releases. 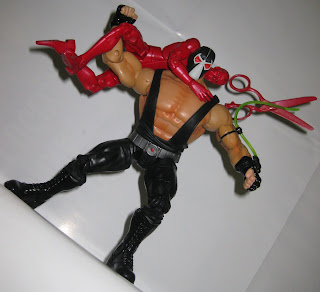 Accessories: Nothing. He’s a build-a-figure. I’ll tell you right now – if Matty re-released this exact Bane with alternate hands, no Venom kit and an unmasked head as part of their subscription club I’d buy it in a second. 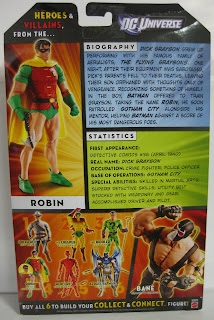 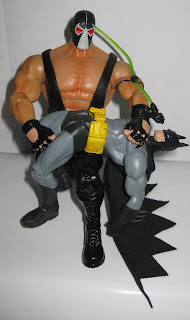 Overall: While this isn’t exactly the Bane I wanted, it is a very good Bane. It isn’t perfect but it’ll do. 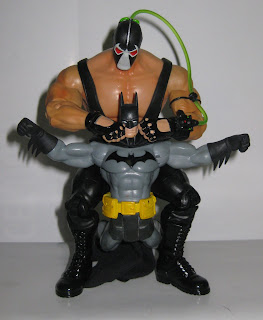 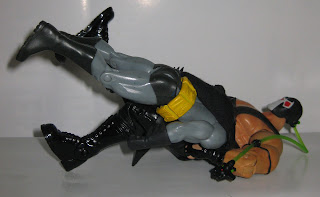 You’ve got to be either a DCUC completist or willing to fork over a bunch of dollars to get this guy. I’m sure you can get a fully assembled one on eBay, but that’s going to cost you too. But if you do get one, you’ll be happy with him. 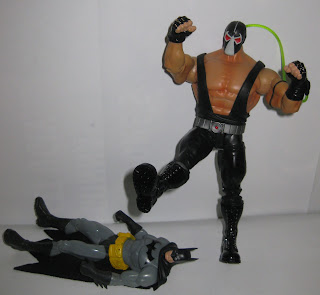 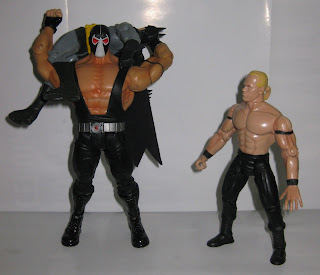 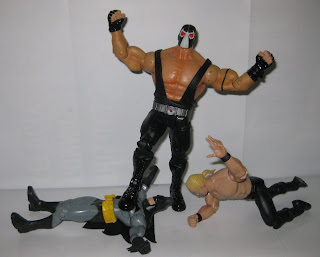