Miracle of miracles, it’s Saturday afternoon and the Dragon*Con pocket program just went up!
An even bigger miracle is the fact that I was able to take a supposed poo break to duck into the bathroom and download it to my phone and then e-mail it to my work address in about thirty seconds. My Droid X fucking rocks. I never could have done that on the Blackberry.
So give me a few minutes to look over the materials and I’ll be right back with my (tentative) schedule. I’m pretty sure I won’t finish today as it’s already 14:00, but I’ve got Monday and Tuesday to wrap it up. 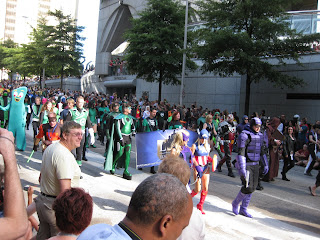 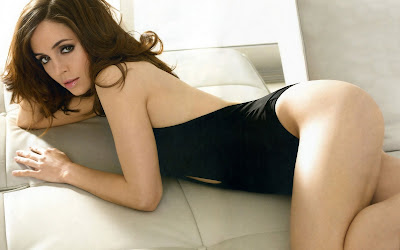 Eliza Dushku has just been added as of Tuesday morning! This means I have a slim chance of making the ultimate Canadian Connection and getting a picture with her and William Shatner! I know odds are against this celestial phenomena actually occurring, but I’m going to do my darndest!
It’s worth noting that there is not a single musical performer that I give a shit about seeing this year. The last couple of years have been just awful. Whoever books the music has been leaning heavily towards niche stuff. Like, mainly Victorian and steampunky niche. There are NINE bands this year that fit that description. Yet Le Sexoflex hasn’t played in years. Neither have GWAR or The Misfits. What about Calabrese; one of the best horror punk bands I’ve ever heard? They were here three years ago and haven’t been back. Don’t get me wrong – there should be a fair share of goth/industrial stuff and the steampunky calliope music or whatever, but rock should get some representation as well. And NO – Jefferson fucking Starship does not count. They built that city on fucking bullshit terrible music.

Anyway, I’ll be around all weekend. If you see me, let’s have a beer. Better yet, buy me a beer.
Until next time, stay creepy
-Phantom
Posted by Phantom Troublemaker at 11:00:00 AM