Not too many pictures this time around, but I'll link to some of the excellent stuff our friends around the web were able to get.
Mattel had their big yearly panel at Comic Con last Friday. There were a lot of very big announcements that had a pretty big impact on Mattycollector.com. I had originally planned to just cover the Club Eternia subscription for Masters of the Universe, but there were so many other cool things that I feel the need to address more.
First things first, though.

In the wee hours of the Monday preceding Comic Con I received a burning missive from one of the Troublemaniacs. Somehow the 2012 Subscription pages had been posted online and shit on the Mattycollector forums was crazy-go-nuts. The Voltron sub details had been revealed. The fact that Matty was going to test a DC Universe Classics subscription service was seemingly confirmed. Some details about the Ghostbusters sub were exposed. But most intriguingly and – in my opinion – importantly; the first three months of the Club Eternia subscription were posted along with the identity of the exclusive figure. And it was SHOCKING.
January’s figure was the Sorceress, February’s was Fisto (confirming not only the figure but the fact that Mattel had managed to wrest the rights to the name back from the iron grip of George Lucas [pun definitely intended]), the March figure was Kobra Khan of the Snake Men. Also listed was the $60 item that had been mystifying everybody – the Star Sisters from She-Ra (I didn’t know who they were and I’ve got to say I wasn’t thrilled about this one). But the big deal, the one that blew minds and rocked worlds, was that the Subscription Exclusive figure was to be none other than the Evil Horde’s resident magic-user – Shadow Weaver; along with a map of Preternia. This meant that Mattel had at long last scored the rights to produce figures based on Filmation figures (I’ll explain that in a bit); but it also pissed off many a fanboy. 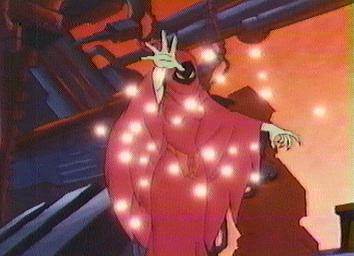 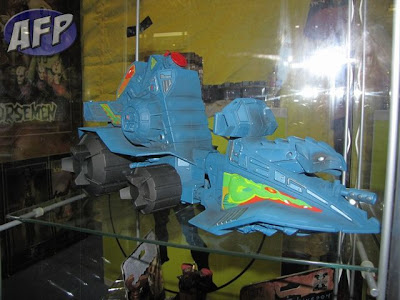 As for next year’s subscription; I’m a sad addict so it was almost inevitable I was going to renew. I’m just glad that for the most part my addiction is being rewarded. Sorceress, Fisto and Kobra Khan are a great start and Shadow Weaver looks cool and is a member of the Evil Horde. I’m all for more of Hordak’s subjects. I’m not crazy about the Star Sisters set, but I guess that one will go to Mrs. Troublemaker as well. I’ve pretty much given up on trying to move the figures I don’t want on eBay. I’m not willing to take a loss like some people are – I’d rather just give them to my wife or sit on them. Or eventually decide I might as well open them like I did with Preternia He-Man.
We also got the news that in order to celebrate the 30th anniversary of Masters of the Universe Matty will be producing brand-new characters previously unseen in the Masters lines. The first instance of this is almost unbelievably weird and cool and a sign that the people making these toys truly are hardcore fans of the franchise. In January we will be able to order…
Get ready for it…
Never mind, you can’t possibly be ready for…
THE FEARLESS PHOTOG!!!!!!!!!!!!!!!!!!!!!!!!!!!!!!!!!!!!!!!!!!!!!!!!!
That’s right, bitches.
March will see the release of a Four Horsemen original, Draego (who looks great but I don’t particularly feel fits into the line) and there will be four more figures throughout the year, with one designed by Geoff Johns (I think). I have a couple of issues with these six “30th Anniversary” figures.
First, they are not part of the subscription. I’m actually okay with that, my problem is that if I want to order one I’m going to have to pay double for shipping rather than it being included with my sub order. I really feel like subscribers should have the option of pre-ordering these figures so they can be included in our monthly shipment. Also, brand-new original characters in no way say “30th Anniversary”, so that just doesn’t make a lick of sense. I’d much prefer wacky variants of A-listers, like Disco Skeletor or Snake Lady Teela. 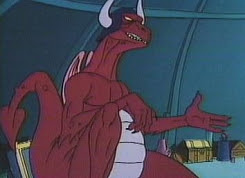 It was also revealed that Kobra Khan will be accompanied by ThunderPunch He-Man in March and that we will see the release of Granamyr the dragon in 2012. With the stupid Star Sisters taking up the $60 slot it appears that Granamyr will be separate from the sub because I can’t imagine he’s going to fit the $40 price slot. 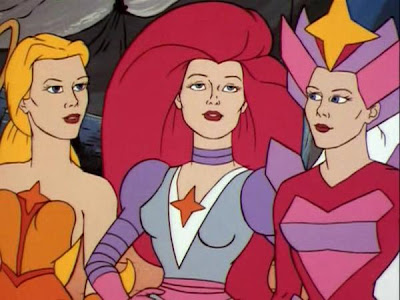 So Star Sisters aside I’m very excited about the 2012 lineup. Now the decision to be made was whether or not I was going to subscribe to any of the other lines.
I was tempted by Club Lion Force:
The total commitment for 2012 is $290, plus applicable fees/taxes and shipping (varies depending on your location and the shipping method you choose). You will be shipped 5 Lions (Red Lion and Green Lion @ $35 each = $70, Blue Lion and Yellow Lion @ $40 each = $80 and Black Lion = $50) plus 5 Pilots (5 @ $15 each = $75) and the Club-exclusive figure (included in sign-up fee = $15) for a total of $290 plus shipping/taxes/fees.
But that is just too pricey. I’m not saying a fully-articulated andbuildable Voltron that stands nearly two feet tall isn’t worth two-hundred and ninety bucks. It absolutely is. I just don’t want to spend that on one. I liked Voltron well enough as a kid, but the franchise is hardly near and dear to me. I’m already looking at having to cut out a large portion of my toy collecting next year with Lil’ Troublemaker going to some fancy pre-K for $200 a week (what the fuck is pre-K and how is it required? I didn’t go to any bullshit pre-K). I think I’m willing to do what I have to do to keep my kid out of government mind-control facilities schools.
There was also the Ghostbusters sub to consider:
About every other month starting in January 2012, you are automatically shipped the Club Ecto-1 figure. You are billed as figures ship. The figure revealed to date is the long-awaited, fan-demanded Dana as Zuul!
Slightly more affordable than the other clubs and they even revealed Viggo and Dana Barrett as Zuul at SDCC. But I don’t care about owning the Sub Exclusive figure (the main character from the excellent video game) and I don’t want to get stuck with any more versions of the main four guys. I’ll just log onto Matty and order these as they are offered – no sub for me. Matty also announced Retro Action (Mego-style) figures of Janeane and Samhain from Real Ghostbusters. I’ll definitely buy those, wherever they show up.
Finally we have the all-new and maybe not even happening DC Universe Classics subscription:
Every month starting approximately April 2012, you'll be automatically shipped the Club Infinite Earths figure. About every quarter, you'll also be shipped an "oversized" figure. You'll be billed as figures ship. Figures revealed to date are 6" Atrocitus, 6" The Flash 1 and 6" Starman.
As soon as I heard about this one I was pretty sure I would buy into it. I’m all for some weird, exclusive DC characters. Sounded like a great idea to me. But the reveals did nothing for me. Yeah, I want an Atrocitus and a Jay Garrick, but I don’t even know what thatStarman is. And the list of Exclusives pretty much sucked. I’d love to have a Metron, but not if it means I’m going to get stuck with a bunch of turds the caliber of that Starman. And Metron may not even be the exclusive. That’s the kicker – I’d be obligated to this club but might get stuck with Shaggy Man – whatever the fuck that is. So I’ll sign in and order Atrocitus and Jay and whoever else I might want and just hope that the desirable figures end up being offered the same months as the MOTUC 30th Anniversary specials.
Posting this one wore me out, so I'll be skipping tomorrow. Come on back Thursday for some GI Joe awesomeness and on Friday... oh, you just wait until you see what I've got for you on Friday.
Until next time, stay creepy
-Phantom
Posted by Phantom Troublemaker at 11:00:00 AM