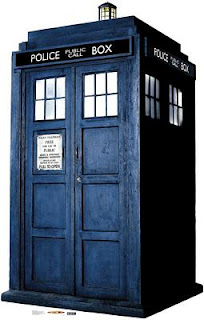 MASSIVE SPOILERS FOLLOW!
You should really just go and watch the last 213 episodes of Doctor Who if you’ve got the time. Which you probably don’t since the new season starts tomorrow (see countdown to the right); unless you happen to live in a blue box. At the very least you should watch last season, but if you can’t manage that here’s a (not so) quick summary:
So the Doctor (just “Doctor”) is a Time Lord from the planet Gallifrey. All Time Lords are from Gallifrey but not all Gallifreyans are Time Lords. A long, long time ago the Doctor stole one of the Gallifreyans’ time machines and left town because he wasn’t too crazy about authority. Later he had to go back and kill them all, but only because it was best for everybody. The Doctor really doesn’t want to kill anybody, ever. But don’t push him. (Which brings up an interesting moral question: Batman absolutely will not kill but has no problem assaulting, beating or maiming pretty much anybody. The Doctor always avoids violence but will kill or cause death as a last resort when he deems it necessary. Based solely on those definitions, who is more morally sound?).
The stolen time machine is called a TARDIS (Time And Relative Dimensions In Space) and normally would have a Chameleon Circuit that allows it to blend into any environment in which it might land. The Doctor’s TARDIS has a broken Chameleon Circuit that has left it stuck in the form of a 1960’s-era British police call box. Also, it’s bigger on the inside. The TARDIS interior features a pool, a library, countless guest rooms, a arboretum, several control rooms and who knows what else. This is possible because the TARDIS’ interior actually exists in a different dimension than the exterior. It’s like a bag of holding, but with engines. Space and time engines.

Being very old and very kind and very lonely, the Doctor travels throughout space and time and just happens to land right in the middle of trouble pretty much always. There are theories about how this occurs and destiny and TARDIS programming and all that sort of thing, but things will be a whole lot easier for everybody involved if you can just be quiet and accept that it makes for good television (and books and comics and audio plays). 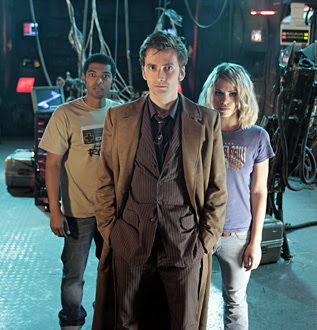 The Doctor almost always has one or more companions who vary extensively in individual attractiveness and ability to be annoying. They tend toward the former (Rose, Pond, Leela), but there have definitely been some benchmark triumphs in the latter (Peri, Liz Shaw; no – not Adric – quiet, you!). The companions provide the Doctor with company (obviously), perspective and fairly often a sort of moral grounding. They provide us with relatable gateway characters into a crazy world that defies explanation and expectations.
For some crazy reason, the companions are almost always human and usually from Earth (let’s just try and forget about Chameleon). Over the years, the Doctor has shared his TARDIS with the likes of Susan (his somewhat unexplained granddaughter), Ian, Sarah Jane, Leela, 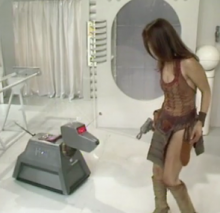 LEELA!
Tegan, Turlough, Zoe, Jamie, Donna Noble, Martha Jones, Romana (a lady Time Lord), Mel, Ace, Nyssa, Brigadier Alistair Lethbridge-Stewart (yes, he was a companion), Jo, Captain Jack (of space and time, not of the sea), Mickey and tons more including a robot dog the Doctor sort of swiped from a doctor. 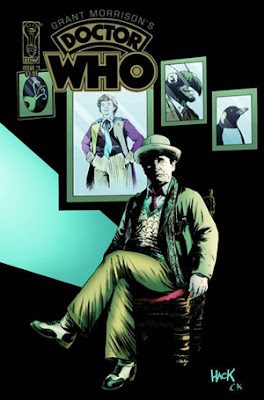 Also, besides the television show there are thousands of pages and hundreds of audio hours of other Doctor Who adventures. The people that are familiar with those are probably not going to like this article because it completely ignores all of that. Since vast portions of it may or may not be official canon; well, I can live with the concentrated hatred of eight or so folks (and you can go right on ahead and ignore the Expanded Universe in your Star Wars article and I’ll hate you right back).
As you might expect, the Doctor has made many enemies over the course of his hundreds of years of meddling adventuring. Quite a few of these have shown up several times in various forms because you can only design mysterious swamp creatures so many different ways (12). 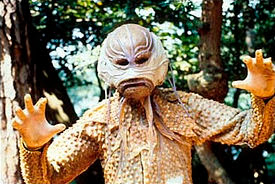 The Doctor has encountered and thoroughly pissed off Silurians and Sea Devils (they’re cousins), Ice Warriors, Yeti, the Spiders of Metebelis 3, Zygons, Daleks, Cybermen, other Time Lords, Sontarans, Autons, Axons, Cheetah People, all manner of Space Vampires (or Spampires), and just about any humanoid/animal mix you might think of. 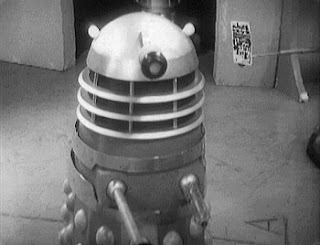 The Daleks are the big ones, though. They’re so supremely evil, so nasty, so absolutely diabolical that for a short time the United States was considering a television show based solely around them. The Daleks are the most famous and universally recognized of the Doctor’s nemeses and their storyline creator Davros is an utter nutjob who seems to never actually die. Which is, of course, one of the benchmarks of a great television villain.
So the Doctor shows up, figures out that the baddies are out to destroy/conquer/manipulate the world/galaxy/universe and bungs up their plans. And much like Star Trek, you’d be shocked at just how many planets resemble Earth’s Medieval era. And are populated by humans. The Doctor has even poked fun at this from time to time – “You humans are just spread everywhere! And I never get tired of saving you.”
I mentioned the Doctor’s advanced age. Well, Time Lords have this trick they can do twelve times: they can regenerate their physical form. When they have a really bad day or get mortally wounded or sometimes just for the heck of it; they can generate a fresh, new physical form. The Doctor has had ten of those really bad days so far and sort of but not entirely gotten younger-looking with each regeneration. He started out as this: 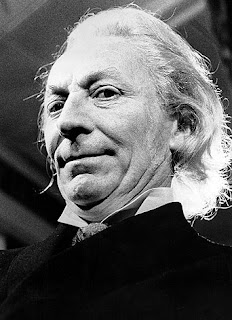 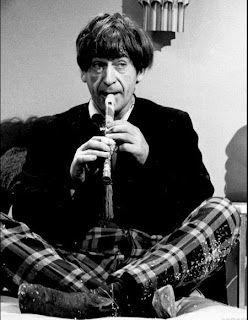 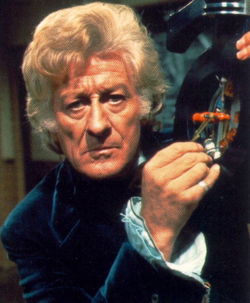 And pretty much anybody will recognize this one: 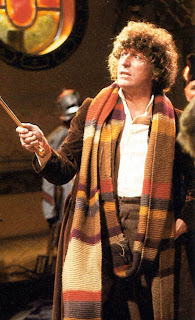 Which was followed by this shockingly young whippersnapper: 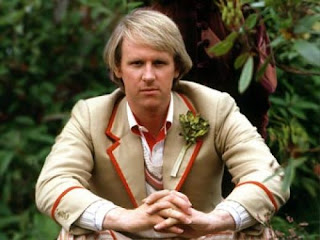 Then this face that turned me off of the show entirely for a time but that I’ve recently come to enjoy: 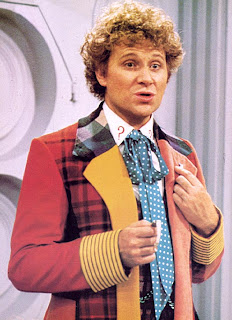 And was followed by: 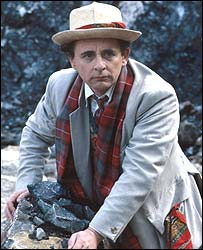 Which is one of my favorites. Then he very briefly on television but for quite some time in both canon and reality looked like this: 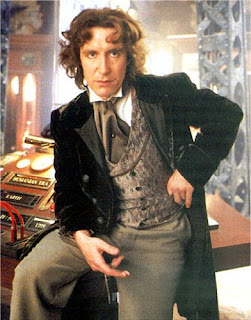 And was relaunched in 2005 with this face that looks an awful lot like Destro: 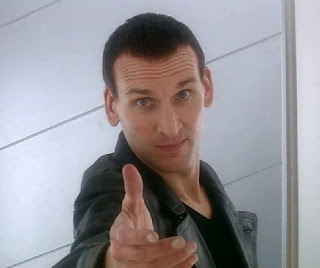 He did very well but had a very bad day somewhat more quickly than the others and turned into this: 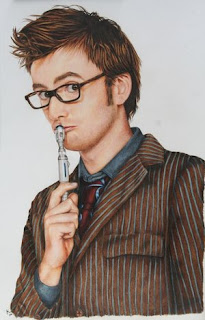 Which is arguably the Stone Cold Steve Austin of Doctor Who incarnations. The Tenth Doctor (which is a funny thing to say since it’s all the same guy) was HUGELY popular. The Ninth Doctor brought the franchise new success and recognition, but number ten brought a quality and pathos to the show that had never been seen before.
Doctor Ten went through a lot. As a matter of fact, there are quite a few shades of Doctor Seven in Doctor Ten’s story. While there was a definite difference in the tone of the relationship Ten had with Rose and that of Seven’s with Ace; both were much more intense than any others. Seven was a mentor to Ace while Ten and Rose… well, imagine Buffy and Angel with a happier ending. Sort of. 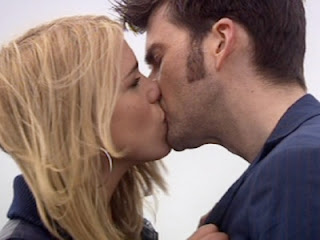 There were tears. Totally all from Mrs. Troublemaker, mind you.
Another element that seemed to have been brought forth from Seven was the Doctor’s potential for darkness. Doctor Ten got a bit out of hand towards the end. God Complex, much? But of course he was brought low and finished things out back to his very old, very kind, very lonely self.
This led to the first concrete explanation of regeneration:
"Even then, even if I change, it feels like dying. Everything I am dies. Some new man goes sauntering away... and I'm dead."
This was much appreciated, as it created a new level of drama (and loss) for each regeneration. Yes, folks – he really does die. Kind of.
And when Doctor Ten regenerated he did it in grand style. He got the most lengthy and dramatic sequence of any previous incarnation; going so far as to severely damage the TARDIS in the process. Which left us with this: 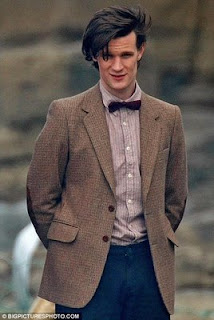 A twelve year old hipster.
Okay, not really, but this was definitely the youngest-looking Doctor yet. And he was going to have his work cut out for him living up to his predecessor’s grand adventures.
Come back later today for a review of a new Doctor Who toy, then check in tomorrow to continue getting caught up on things...
Until next time, stay creepy
-Phantom
Posted by Phantom Troublemaker at 11:00:00 AM

Email ThisBlogThis!Share to TwitterShare to FacebookShare to Pinterest
Labels: doctor who, television, things i love