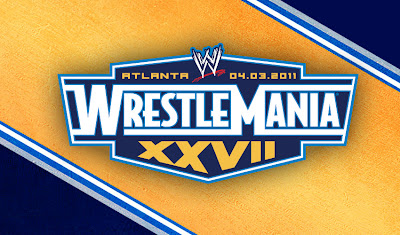 Regardless of the quality of the matches or the amount of setup involved, WrestleMania is the biggest wrestling show of the year. WWE may have forgotten years ago what it means to be a entertaining wrestling company, but they still know how to bring the thunder one Sunday out of 52.
The first WrestleMania I watched live was XIV. It was amazing and exciting and the thing that rekindled my love for the sport after a few spotty years where I only half paid attention (kind of like what I’m going through right now). I have watched every WrestleMania since then live as it happened and have also gone back and checked out the previous ‘Manias just to see what I had missed. I remember watching WrestleMania III when I was a kid. I don’t know if it was a replay or maybe we rented it when it came out on video or what, but I remember watching the whole thing. My dad left the room before the first hour was up. I can’t say I blame him. If you’re not already a fan, the first hour of that particular event is not going to entice you with blockbuster draws like the Can-Am Connection and Billy Jack Haynes.
WrestleManias are always spectacular at the time, but they don’t necessarily hold up in retrospect. Particularly if you break them down match-by-match. I’ve seen every single one of these crazy mixes of grappling, entertainment and spectacle at this point and I definitely have some strong opinions on the matches, superstars and overall events. So what we’re going to do today is take a look at my favorite matches from each WrestleMania. 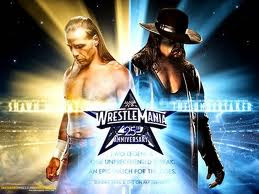 Yes. Seriously. Again. And even better than the last one, if you can believe it. Unfortunately, Shawn Michaels retired after losing to ‘Taker this time, so somebody else is going to have to step up and give us the big WrestleMania Moment that HBK has provided for the past four years.
Until next time, stay creepy
-Phantom
Posted by Phantom Troublemaker at 1:00:00 PM