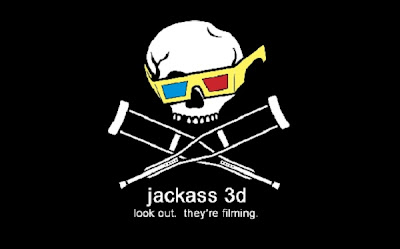 No, I didn’t mean “Jackass 3D”. We didn’t watch it that way, so I can’t honestly review it that way. Due to my eyes being weird, most kinds of video 3D don’t work for me. The dual-colored kind has never worked. I remember going to see Jaws 3D when I was young and just getting a headache. I had corrective surgery on my eyes when I was in high school (not to see 3D movies, there was a more significant issue) and thought that might help, but it didn’t. I got contact lenses after high school, but there was a dearth of 3D movies for several years and I didn’t have the opportunity to see if they helped before finally swearing off the damned things about ten years ago.
But then this whole silly Phantom Troublemaker thing came along. I have terrible vision and you can’t very well wear glasses under a luchadore mask. 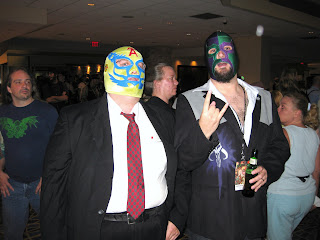