Hello there, ghouls and ghoulettes. As much fun as it is to talk about blood and guts and monsters; there is another aspect of the spooky season that merits inspection.
Sexy inspection – ooooh.
Throughout the history of the horror genre love, obsession and romance have been common themes. While the creepy, stalkery thing is most often portrayed; true, unbridled love and devotion do pop up from time to time. Often it is a narrative device to increase the stakes, but sometimes it is the center of the story. 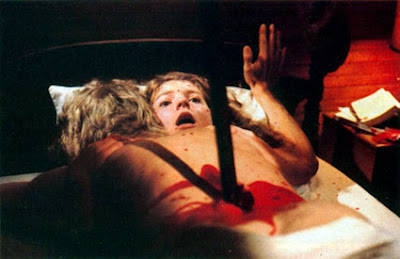 These couples – sometimes doomed and tragic, but not always – are the center of their respective stories. Without their love, there would be no tale to tell. 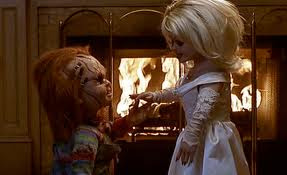 Chucky & Tiffany
I’m not sure that the word “love” totally applies to these two psychos, but they certainly are devoted to one another. While not the most powerful story on the list, the tale of the two human souls stuck inside of dolls is certainly passionate. 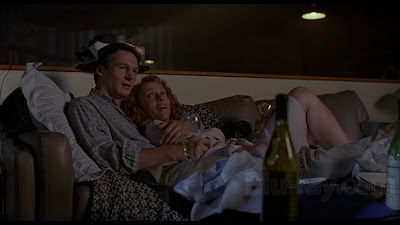 Peyton Westlake & Julie
The story of Darkman almost works better as an opera. It is a classic tragic tale of the man who suffers horrible tragedy and becomes separated from his true love as a result. We get to see just a bit of their perfect happiness before it is torn asunder. 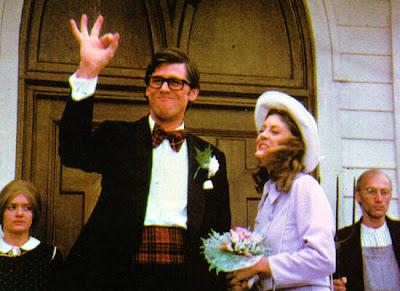 Their relationship survives each of them getting nailed by a sweet transvestite from transsexual Transylvania. That’s some powerful love, right there. 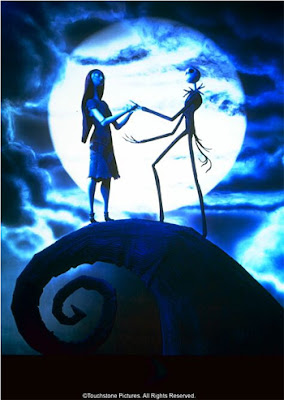 While this one is a bit one sided for most of the narrative that we see, I couldn’t very well leave it off the list. Sally pines for Jack Skellington for most of the movie, until Jack finally realizes that what was missing from his life wasn’t some other holiday. 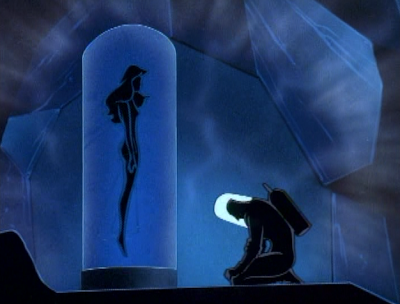 This is one of my favorite stories of all time. Paul Dini and Bruce Timm retconned Mister Freeze’s origin story to include the tragic circumstances surrounding his condition and his wife’s terminal disease and cryogenic sleep. This may have limited the character’s motivations somewhat, but it has made him my favorite of Batman’s nemeses. Everything Freeze does has the underlying motivation of being reunited with his wife, making him the most sympathetic of the Rogue’s Gallery, even over Harvey Dent. 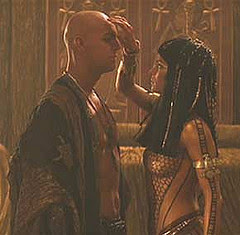 Imhotep & Anck-su-Namun
This one started off as a naughty, forbidden-type love and grew into a threat to the entire world. Pretty powerful passions, eh? Imhotep and Anck-su-Namun pursued one another through life, death and two awesome, fun movies. To me, the first two Mummy movies are just as much about this pair as about Rick and Evie O’Connell. 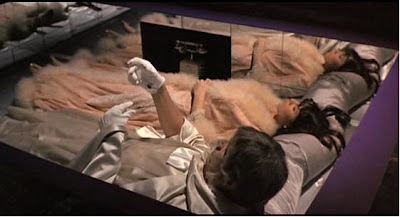 While Dr. Phibes truly is abominable, the atrocities he commits are all performed out of the purest love and devotion. Once he has meted out what he deems to be suitable punishment for the death of his beloved wife, the titular Doctor joins her in death. 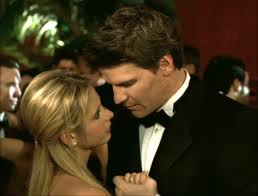 Buffy & Angel
No. It’s not Buffy and Spike. It’s Buffy and Angel. That’s the story and that was the narrative of the first three seasons of the best show that’s ever been on television. This is one of those tragic loves that just never gets a happy ending (not even in the comic). If your eyes didn’t at least well up at the end of the second season when Buffy drove a sword through Angel to save the world then you clearly do not have a soul.

Phantom & Mrs. Troublemaker
We first met around fifteen years ago in the Odin’s Cosmic Bookshelf by Stone Mountain. Well, “met” might be too strong a word. I worked next door managing the Video Game Exchange and got my comics from Odin’s. I would talk to Dave – the owner – and cast unobtrusive glances at the hot chick hunched down behind the counter reading comics. I think we might have spoken once.
Seven years ago I decided I needed to rebuild my Claremont run of Uncanny X-Men. I had sold it and the rest of my collection to repair my car a couple years prior. In the course of hitting up Metro Atlanta comic shops, I came across another branch of Odin’s Comics. When I went in to see what kind of X back-issues they might have, I was struck by the attractive girl behind the cash register. I thumbed through the “U” long box, asked her if everything they had was in there, and left. Because I’m smooth and that’s how I roll.
This visit took place during what I had planned to be a permanent hiatus from females. I’m not going to get into the whole story, but things had gotten ugly – real ugly – and I had bailed. My life goal was to avoid all female entanglements at that point. And I had been quite successful for a couple of years.
But I couldn’t get that honey-haired beauty out of my head. So I went back.
This time I asked some bullshit question about comics, trying to strike up some conversation. She gave me a bullshit answer, I bought the first Fables trade and that was that.
Despite having a pull set up at Titan Comics, I continued visiting the lady at Odin’s. Somehow or another I finally remembered how to talk to females and we started having long, interesting conversations. I’d bring dinner and stay until the store closed.
And it hit me one day that I was in love. I hadn’t planned it and I hadn’t wanted it; but it happened. I had to act fast before I got relegated to “friend” status.
The night I decided to actually for real ask her out on, you know, a date or something was something I will never forget. I left work and went straight to Odin’s, not rehearsing things to say or any of that potentially disastrous nonsense. I was just determined that this girl was going to go out with me. I knew she would. I had no doubts.
I walked in the door of that shop – strutting a bit, if I’m going to be completely honest – and made my way towards the counter. It turned out I’d have to wait a bit. The lady was up on a stepladder replacing featured titles while talking on the phone. It was a nice view of her admittedly sweet ass.
“No… I’m up on the damn ladder putting comics back. Yeah – some assholes came in here and had me get down a bunch of Silver Age stuff just so they could look at my ass.”
I averted my gaze.
“I’m just sick of these jerks coming in here and hitting on me all the time.”
Shit. While I didn’t think that she thought of me as a jerk, and I certainly don’t think of myself as a jerk, I was absolutely planning on going in there and hitting on her. My game was shot down before I even said a word.
I bought the current issue of something or other and left.
About a week later I went in again and finally asked her out. Naturally she agreed and five years ago today we got married.
I love that lady more now than I ever have and five years from now expect to say the same thing. I’m not a real sharing or caring guy, but during the years that I’ve shared with my wife I’ve grown to understand a whole lot.
She is what I live for and has given me the strength and will to do things I never would have before. She makes me brave and steadfast and confident. Because of what I have found with her, I understand life and people more than I ever would have without her. I know what matters in our lives and I am able to shrug off the things that don’t.
The life that we have made matters. The love in our home matters. I never thought I’d be talking like that, but I’ve been lucky enough to fall into love the right way.
Plus, she still has a sweet ass.
Happy anniversary, sweetie – I love you.

Until next time, stay mushy
-Phantom

Email ThisBlogThis!Share to TwitterShare to FacebookShare to Pinterest
Labels: halloween, life the universe and everything, things i love