I had to come up with something for today last Saturday. Unfortunately I didn't feel like writing at all. Fortunately (or maybe not, depending on your enjoyment of this post) I did feel like drawing, which is something I don't do nearly as much as I used to. I am severely out of practice, but I'm actually fairly happy with what I came up with here. Or you wouldn't be looking at them. 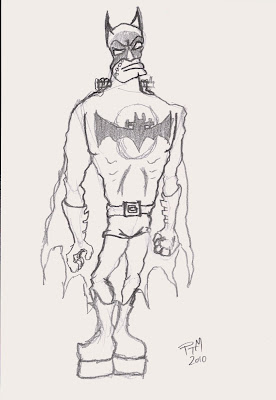 Batman Frankenstein - or Frankenstein's Batman Monster, if you prefer; which I think I do now that I've typed it - was the first thing I thought of. I wanted to do comic book heroes as variations on Universal Monsters. They just happened to all be DC characters. 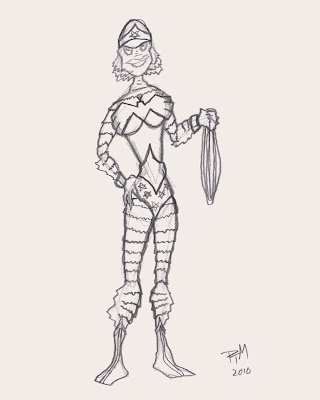 Wonder Gill Woman is neat because she isn't Wonder Bride of Frankenstein Woman or Aqua Gill Man. Either of those would have just been too obvious. 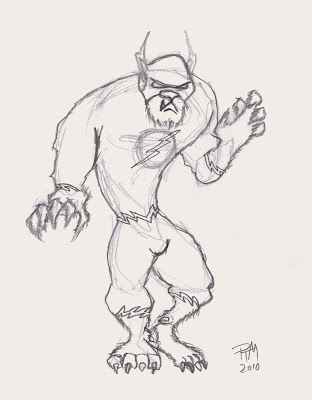 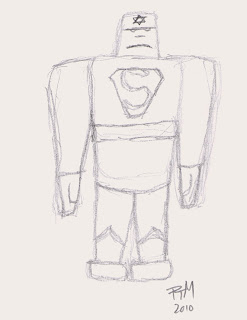 I thought Golem Superman would be really cool. Maybe if somebody else drew him he would be. I kind of hate this one. 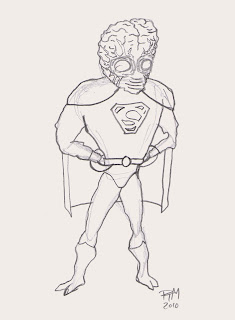 Super Metaluna Mutant, on the other hand, is fucking rad. I love this one. I wish I could paint so I could do it justice. 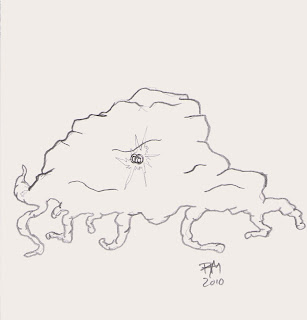 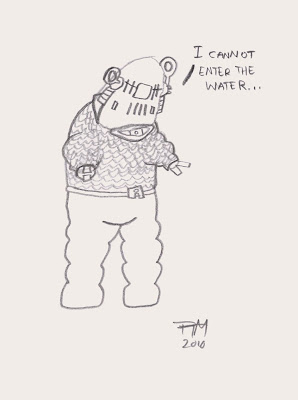 This is my favorite and I hope you laughed out loud like I did when I thought of it. Or cried at his tragedy. Either way. 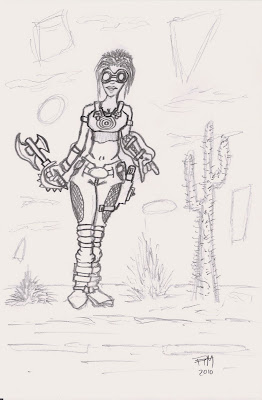 I just wanted to draw a chick. She kills vampires or zombies or owlbears or something. Whatever. 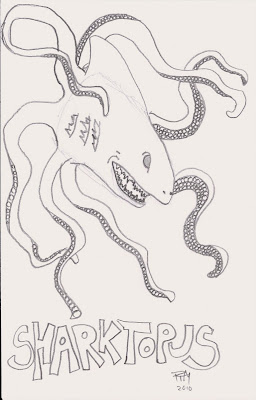 I really love this one too. This film inspired me. I kind of want a Sharktopus tattoo now. I kind of wish I hadn't put the lettering on, though. I clearly suck at that. 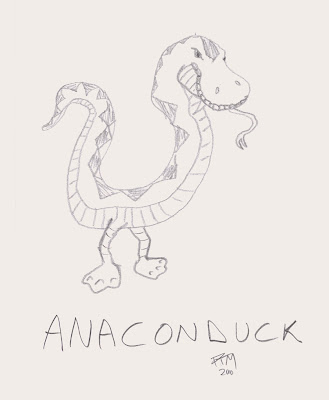 And this is just fucking stupid. Or awesome.
I'll be back on Halloween with a super-special post. Nothing tomorrow because the thirtieth ain't shit.
Until Halloween, stay creepy
-Phantom
Posted by Phantom Troublemaker at 1:00:00 PM