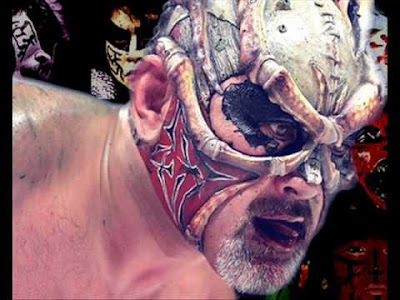 There have been many, many wrestlers with outlandish gimmicks over the years. Out of those, there are a select few that truly embody the ideals of our favorite non-Christmas holiday.
These are the guys that are creepy, kooky and spooky enough to bring Halloween to mind even when it is months away.
Apparently I have to type this in to insert a page break. Stupid Blogger.

10 – The Boogeyman – Yeah, yeah – he totally sucked ass. But look at him – that guy was one Halloweeny motherfucker. 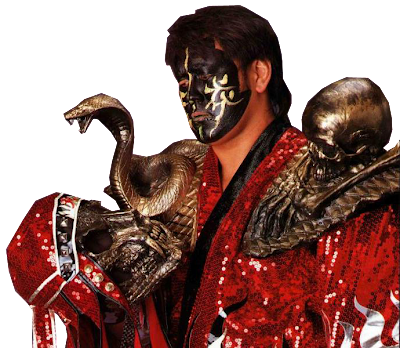 9 – Great Muta – He has had so many different creepy looks and personas I couldn't leave him out. That's him up top, too. 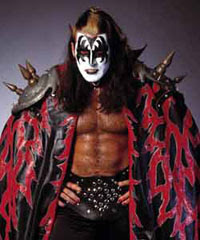 8 – KISS Demon – Ah, Dale Torborg. How different might your career have been... I didn't hate this character like everybody else did. Oddly enough, when I searched Google images for "WCW Demon", I got this too: 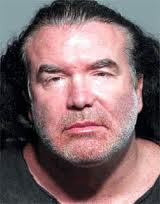 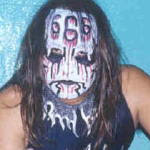 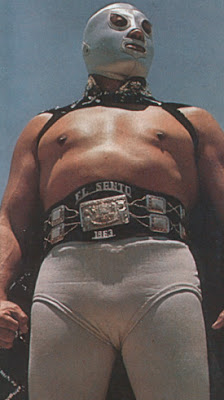 6 – El Santo – As much as I wanted to put Blue Demon here, nobody in Mexico has fought more monsters than the original and the best: El Santo. A fucking legend. 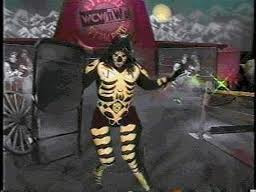 5 – La Parka – The chairman of WCW was one of the first luchadores I ever really got into. Still my favorite of the modern luchas. And this was his entrance one time: 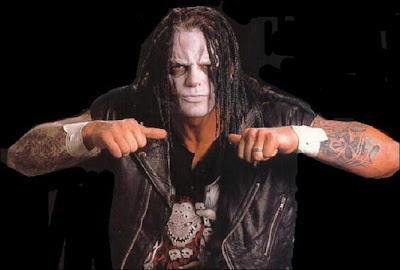 4 – Vampiro – My favorite vampire-oriented grappler. He has also starred in a bunch of Mexican horror movies, and was second fiddle to Jerry Only and the Misfits one Christmas. 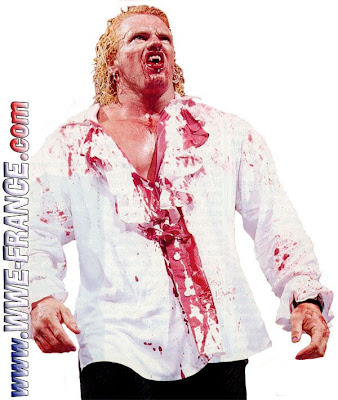 3 – Gangrel – The best vampire-oriented grappler. Or maybe most known, I don't know. Should I have switched him and Vampiro? 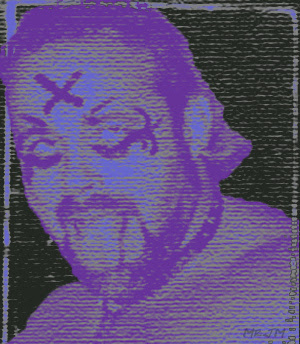 2 – Kevin Sullivan – This guy is just creepy and terrifying. He has had the largest volume of horror-themed ideas in professional wrestling. Sullivan is such a convincing psycho that there was this one time I thought he for real killed this other guy and his family. Seriously, this Canadian dude. This is pretty much the kind of guy he was all the time: 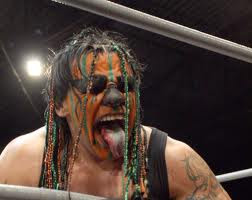