I'm not only feeling lazy as shit right now; but I also don't have enough backup material. I'm still hurting from losing the stuff on that damn thumb drive. So, I'm going to be re-posting one of my favorite blogging accomplishments over the next ten (business) days: My top fifty albums list. This was the very first major project I assigned to myself on the MySpace blog and I'm still fairly proud of it. I put an awful lot of effort and thought into it, so I hope those of you that haven't been with me all along will enjoy it. I also hope those of you that read it the first time around will check it out again and leave some feedback. I would absolutely love to see other folks' lists. Maybe you'll get me into something new. I think I've fixed the problem that was making it so hard to leave comments before, so please let me know what you think. If leaving comments is still a bitch, leave a note on my Facebook page and I'll think about switching to a different server or something. I want interacting to be as easy as possible.
I'm working four days straight starting Wednesday, so I should have plenty of time to get some backup content written. I've got reviews of Doctor Who toys, Star Wars toys, a couple of movies and more. And of course, the last week of August will be all-Dragon*Con, all the time. I've got a lot of super-fucking-nerdy stuff planned for the week before the South's biggest dork-fest.
I really hope you guys enjoy this Vintage Troublemaker - likeI said, I'm still very proud of this series. Here we go:

Skip to 50 if you don’t care about the thought process that led to this list.

Welcome to the biggest blog undertaking thus far. Not that that’s saying very much. I have been wanting to do this for a while, but haven’t had a forum for my thoughts or, to be honest, motivation. Now that I have discovered this ability to write while on the job, I can turn dull twelve hour shifts into creative gold! Figuratively speaking.
I should really call this “Favorite Fifty Albums” because that is actually what I am writing about. “Top Fifty” could easily be confused with “Best Fifty”, and best is not what I’m going for. Radiohead may be the best band in the world, but they are not my favorite band. That would be Faith No More. I don’t even really like Radiohead, but I do think they are some very talented British people.


Each of these albums is one that I will listen to all the way through, no skipping tracks. They are consistently entertaining from beginning to end, with no filler. I thought that if I just listed the first fifty albums that came to mind, that would be a fair indicator of my favorite albums. I was pretty much right. I made a few tweaks here and there, and had to rearrange them a few times, but what you will see here is very close to how they were originally listed.
I’ve organized them in order of preference. I went through the list from bottom to top and back down again thinking “would I rather listen to this one than that one?” and moving entries accordingly.
Enough explaining, here’s the list: 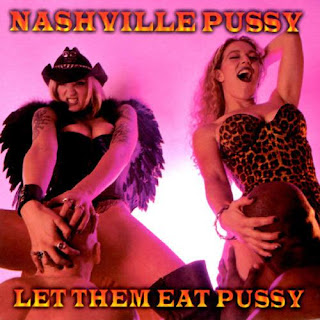 50. Let Them Eat Pussy – Nashville Pussy
This album sets the standard for what new southern rock is. It will scare your Granny and turn your dog into an alcoholic. Drive really fast when you listen to this, even if you have some sissy little car like a Mazda Protégé.
- Favorite track – Go Motherfucker Go 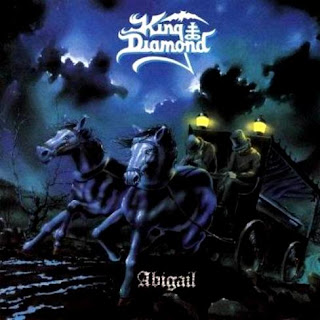 49. Abigail – King Diamond
The greatest concept album ever by the master of concept albums. Paint up your face and clothespin a towel around your neck to sing along – we all do. This guy’s vocals are the craziest thing you’ll ever hear.
- Favorite track – The 7th Day of July 1777 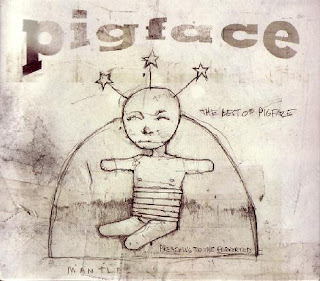 48. The Best of Pigface: Preaching to the Perverted – Pigface
I really like Pigface a lot. The problem is their albums are pretty inconsistent. After the first listen just to see what’s on there, I usually can’t get through an album without skipping. Here, though, are the most listenable of the constantly changing band’s tracks. What the hell ever happened to Meg Lee Chin, anyway?
- Favorite track – Chikasaw 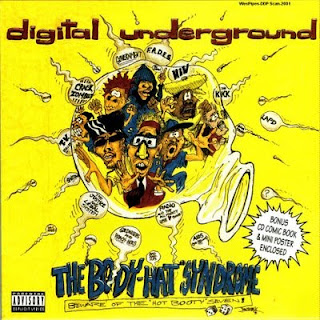 47. The Body-Hat Syndrome – Digital Underground
Everybody knows about Sex Packets, but to me this is one of the great hip-hop albums. If the opening track doesn’t funk you up, then you must just be unfunkable. Sex rhymes abound!
- Favorite track – Shake & Bake 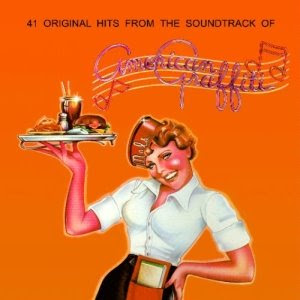 46. American Graffiti – Soundtrack
This is the greatest collection of 50 & 60’s-era music you will ever come across. Combining every great “oldie” with Wolfman Jack’s growling DJ intros will transport you through time to a magical, musical age from before when most of us were born. This one has extra sentimental value because my Dad would play it every time we went on a road trip. I seriously have this thing memorized.
- Favorite track – Wolfman’s comments on Green Onions by Booker T & the MGs 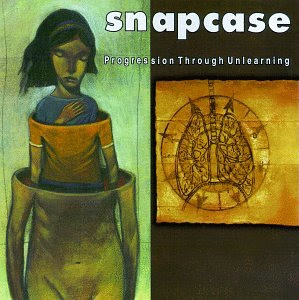 45. Progression Through Unlearning – Snapcase
The most creative of the late-90’s straight-edge hardcore bands that approached relevance, Snapcase steps past the generic grunting and grinding that typifies the genre. This is the album that got me into them.
-Best track – Zombie Prescription 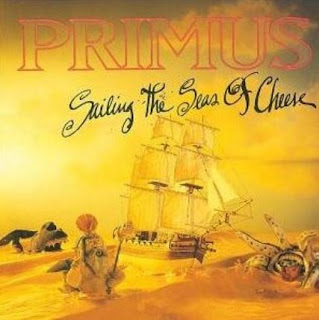 44. Sailing the Seas of Cheese – Primus
To this day, I don’t know how to qualify Primus. They don’t quite rock, they’re not really funky and they don’t necessarily jam. Yet they simultaneously master all three. This is their pinnacle achievement, and the album that brought them the most notoriety.
-Favorite track – Those Damned Blue-Collar Tweekers 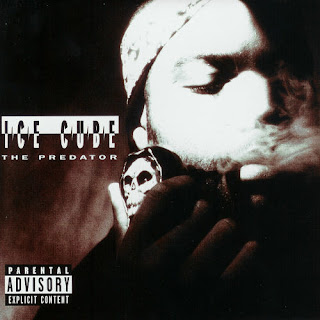 43. The Predator – Ice Cube
Before this guy was a loveable family icon, he was the innovator of gangsta rap. Intelligent rage fueled every word on this album. Cube carries on the tradition of rap music started by Run DMC – making white people wish they were black. This tradition would continue until black dudes started liking Dragon Ball Z. That blew the whole illusion of cool. Seriously.
-Favorite track – Say Hi to the Bad Guy (this is not a song about Razor Ramon) 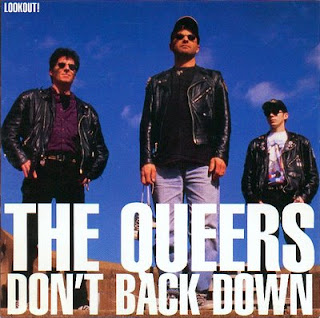 42. Don’t Back Down – The Queers
Years of Beach Boys worship must have led to this album. The Queers make the most fun punk rock you can listen to. They are unique while still sounding Lookout-y. Play this album on the way to the beach. I Can’t Get Over You is one of the best songs ever, but due to beverage preferences…
-Favorite track – I Only Drink Bud 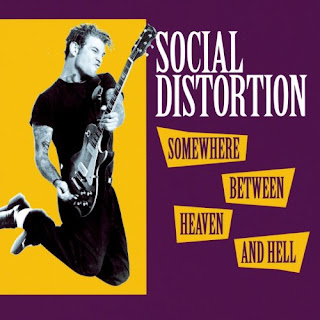 41. Somewhere Between Heaven and Hell – Social Distortion
This is just my favorite album by them. I have a Masquerade story about these guys, but I’ll save that for a later post. For now I’ll just tell you that it involves Mike Ness and prison sex. I’m not joking.
-Favorite track – When She Begins

I will return soon with 40 through 31. If you’re going to disagree with any of these, just be sure to suggest an alternative. I won’t post your comment, otherwise. If I get any. That was kind of presumptuous, wasn’t it?


As a special bonus for reading my old material, here's a video from the top album in this section!