DragonCon 2010: Hit Girl Is Not A Hot Twenty-Year-Old 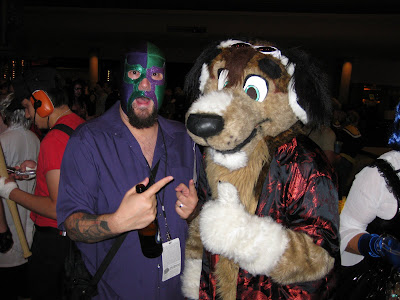 In all honesty, this article might be something of a crapshoot. While I am a pretty big nerd; I can’t claim to have my finger on the pulse of nerd culture – much less the sort of nerd culture that wears intricate costumes to Dragon*Con. But I'm still going to try and predict what we're going to see this year.


I tried my hand at making and wearing a costume last year and I have to say I was an abysmal failure. I spent the greater portion of the year working on a Mandalorian costume with a Lucha hood and it just didn’t quite work out. I wasn’t skilled or patient enough to do it the way I wanted to, and even though I was relatively happy with the completed project; once I got to the reality of putting it on and wearing it around the convention the results were somewhat less than satisfying.

It took about forty-five minutes to put on by myself.

It was incredibly hot and heavy – and not at all in a sexy way.

It looked fine, but not equal to the amount of effort I put into it. 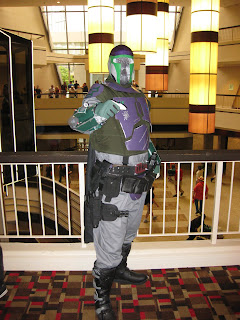 A few Mandalorians were pretty cool – others were douches. Pretty much the last thing you want is some complete stranger telling you what’s wrong with your original costume. Yeah, if it had been Boba or Jango or even one of the other established Mandos I would have expected some feedback. But a character I made up that is clearly out-of-canon? You can eat my ass if you think my armor plates are the wrong size, Bubba Fett. I’ve got to remember to fuck with that guy this year.

So anyway, I’m not a costume guy. Other than the mask, at least.

But I do think I can make some calls as to what’s going to be the hot shit this year. Past years have seen common themes among the costume-savvy (I am not a fan of using the blanket term “cosplayers”. To me, that is somebody who walks around emulating a specific character – like if you walk up to a guy in a Elf costume and he starts talking about his mission from the High Elvin Council to down as many apple tartinis as he can) that revolve around current trends.

Nerd devotion is tricky. Hot nerd trends either get lifelong devotion to the point of possible mental illness or they get a few weeks (months if they’re lucky) of extreme interest. We see Star Wars, GI Joe, steampunk (have you bought your goggles yet, Pete?) and more pirates than really seems necessary every year; but today I’m going to speculate on the more fleeting costume possibilities. Past years have seen groups of Iron Men (Mans?), Marvel Zombies and even a fairly large group of Left 4 Dead costumes; all based on very current dorkery.

If you’re like me, you’re wondering what hot, new dorkery will crop up for Dragon*Con 2010. Let’s see… 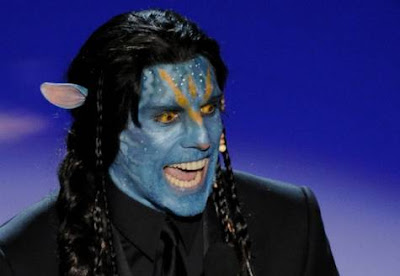 Avatar
You know this is going to happen, and most of it is probably going to be unfortunate. The idea of dressing up as one of the blue monkey people is faulty from the beginning because I’m pretty sure they’re supposed to be ten feet tall or something (I still haven’t seen it – not that I don’t want to, I just… haven’t). I am fully expecting a lot of these people, probably more in body paint than in some kind of spandex get-up. Just watch out for their tails – one of which I fully expect to be stolen by Evil. 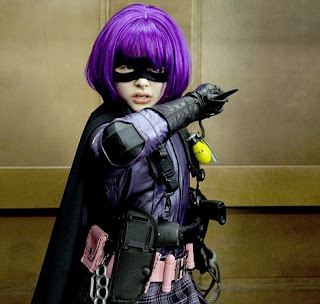 Hit-Girl
I’m sure we’ll see a couple of Big Daddys, but you just know that Hit-Girl is going to be all over the fucking place. There are two problems with this, as I see it. One, Hit-Girl is ten. It is not okay for hot chicks to dress up as ten-year-olds; this is a big part of my problem with anime. Two, it is also not okay for fat chicks to dress up as ten-year-olds. And it’s going to happen. I guarantee no less than three pictures of inappropriate Hit-Girls over the course of my Dragon*Con coverage. 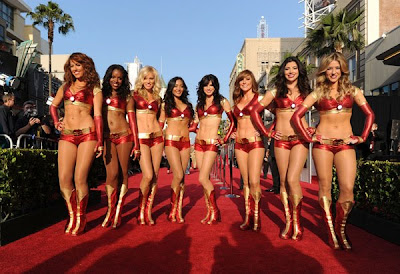 The Ironettes (but not really)
Remember the dancers behind Tony Stark at the Stark Exposition in Iron Man 2? Well, there’s a Party City costume available of that (called "Adult Sassy Ironette Costume). Except not quite. 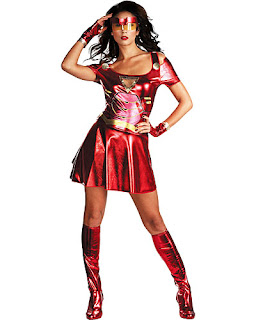 TRON
I don’t get TRON, but a lot of people really love it. All of a sudden. Up until recently, you could go for years without even hearing the word “TRON”. Now, all of a sudden, everybody’s all, “light cycle!” and “electric Frisbee!” Whatever. It’s not my thing, but clearly we are going to see a lot of TRON costumes this year. Thanks a lot, Disney, for bringing back yet another concept that does not support a wide array of body types. I think TRON costumes have the greatest potential for general awfulness this year because the average TRON fan is... well, not spandex-friendly. Not that that’s going to stop anybody. This is why I don’t complain too loudly about steampunks (at the moment - wait a couple of days) and pirates – those are great looks for fat people. Let’s keep ‘em popular! 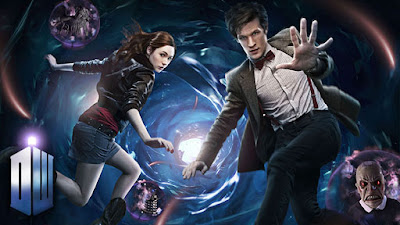 Doctor Who
While the Doctor is fairly well represented every year, this year is bound to see the highest ratio of Doctor Who costumes ever. The David Tennant era of Doctor Who could perhaps best be described as “pretty”; what with Rose, Martha, Captain Jack and Tennant himself – actually looking the part required a certain amount of genetic quality. Now, however, pretty much any emo kid with a bow tie can be the Doctor. Granted, Amy Pond is going to be significantly harder to pull off (well); but between Matt Smith’s Hot Topic/nerd look and the show’s immense current popularity I think we’re going to have a raging shit-ton of Doctor #11s running about. 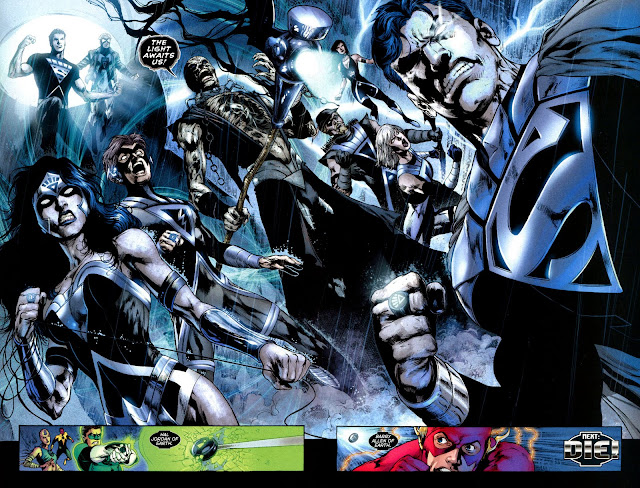 Black Lanterns
This one I’m very hopeful for, but not so sure about. While we got some amazing Marvel Zombies a few years ago, the DC undead are a trickier proposition. It’s pretty easy to repurpose a standard Phoenix costume to be a Zombie Phoenix. Black Lantern Martian Manhunter, on the other hand, looks entirely different from regular Martian Manhunter. It’s a whole new costume. But we’ll see. I can’t imagine the biggest themed comic book crossover of the year not getting any representation at Dragon*Con.

All of the Other Lanterns
This seems less likely than the Black Lanterns to me, but does deserve a separate listing. I think we’re pretty much guaranteed to see some Star Sapphires, a la Belligerent Monkey’s find here or the DIY punk rock cosplay of Veidt, but I wouldn’t be too surprised to see a Blue Lantern Flash or Red Lantern Mera. I’d love to see Sinestro Corps Scarecrow and Batman. There are a lot of possibilities here, but just like the Black Lanterns the costumes can’t just be slightly altered standard versions of the heroes. 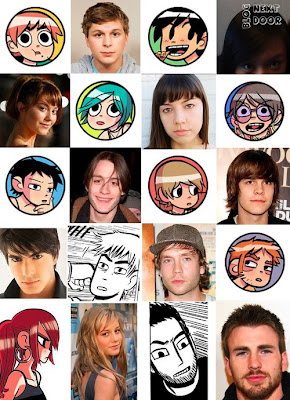 Scott Pilgrim
You bet your sweet ass there are going to be some Scott Pilgrim costumes. In addition to the huge popularity of the comics and the impending Hollywood adaptation by High Nerd Lord Edgar Wright, you also have the fact that all of the characters wear actual clothes as opposed to spandex or leather. It shouldn’t be too hard or costly to pull one of these characters off. Plus, there are a ton to choose from. 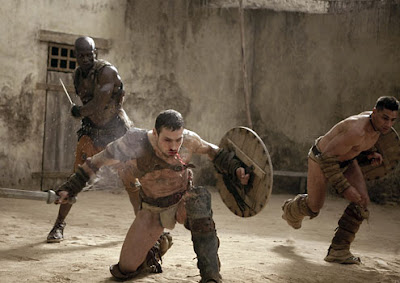 Spartacus: Blood & Sand
I base this one purely off of the huge number of 300 costumes a couple of years ago. Super buff dudes just really want to dress up as gladiators or barbarians. I don’t blame them, I would too.
So who wants to place some bets?